It is in great sadness, that we as a Brotherhood, post the 3rd Line Of Duty Death for 2014 from the United States Fire Administration. Fellow Brother Firefighter James "Doc" Delbert Brooks has made the ultimate sacrifice in love for their fellow man. Our sincerest condolences go out to his family and friends and our Brothers & Sisters with the Prince George's Fire/ EMS Department. 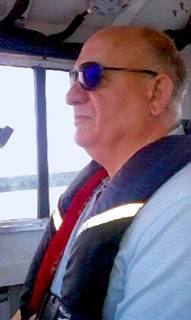 Incident Description: While winterizing boats and a station at the Fort Washington Marina in preparation for record low temperatures forecasted for the following day, Firefighter Brooks began to experience difficulty breathing and called 911. Firefighters and paramedics arrived to find Brooks in cardiac arrest and immediately began pre-hospital care. He was transported to a nearby medical facility and subsequently relocated to Medstar at Washington Hospital Center in "critical" condition where he succumbed to his injury on January 15th, 2014.

Tribute is being paid to Firefighter/EMT James "Doc" Delbert Brooks at http://apps.usfa.fema.gov/firefighter-fatalities/