ModelCityFirefighter.com’s newest article of Blowin’ Smoke features Kevin Shea, a retired firefighter from FDNY. We are very excited about this Blowin’ Smoke article and grateful for the opportunity to interview Shea on the site. I had the pleasure of meeting him earlier this year in Chicago. He is about as humble as they come and is a wealth of knowledge. We hope you enjoy the interview. Kevin Shea entered the volunteer fire service in 1978 at the age of 18. He was hired by FDNY at the age of 24, in 1984. During his years with FDNY, Shea served on an Engine Co. 227, 108 Truck in Brooklyn, and on Rescue 1 in Manhattan. He was injured in the 1993 bombing at the World Trade Center, but was able to stay on light duty as an Instructor after 18 months of medical leave. After several surgeries, he had to retire in 1998. He has taught for FDNY, as well as the state and county of New York. He has also been an instructor in the private sector, and is currently a partner in Spec Rescue. He is also on the classroom staff for Fire Engineering. When not involved with training, he pursues his other passions such as hunting, fishing, and organizes firefighter hunts.

How many years did you serve in the fire service?

When people ask me that, my first thought is the 14 years I spent in FDNY. My career was cut short due to a line of duty injury.  I actually feel like I have been involved my whole adult life.  I entered the fire service in 1978 when I was 18. I joined the Hicksville Volunteer FD where I lived.  I worked for the local utility company as an underground lineman until 1984, when I entered the FDNY.  I was hurt in 1993, but was able to stay with FDNY until 1998.  During that time. I also taught for the County, State, and privately for a rescue training company.  I am currently involved with Spec Rescue and Fire Engineering, so I feel that I have always been involved with the fire and rescue world, and hope I always will be.

Why did you want to join the fire service?

My Dad is a retired Capt. from FDNY.  He worked during what is referred to as the “war years”. He worked in Harlem and the South Bronx.  For six years, he was the Capt. of Engine 82.  As a kid, I would go with my Dad to work whenever I could. He and his coworkers were my heroes growing up. Since childhood, I always wanted to be a fireman. 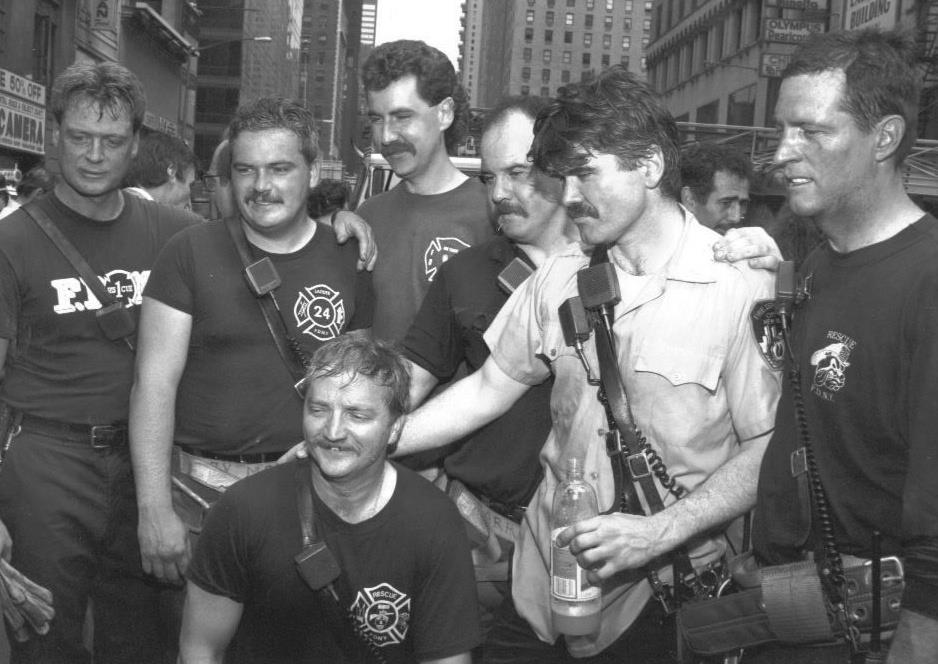 Is there any distinct way that you feel you made a difference?

Whenever something happens that brings positive attention, like a rescue caught on video, try to show the public that it is not the actions of just one person, but a team effort with many players they don’t see. Now that I am retired and still involved with training, I try to stress the importance of staying with the basics. I read once, and believe that “when you master the basic moves, they become advanced.”  Keep it simple is not just a slogan to me.  I practice this in my life.  When I am at a class, I don’t focus on the super star students. I would like to pride myself on being able to bring the struggling students up to the level of the rest of the class, which really brings me contentment.

Did you accomplish any specific personal goals during your career?

My first and most important goal to me was the entrance exam.  I studied, probably harder than necessary, and worked out every day for the physical.  I am not a natural athlete, but I was told I missed the record on the physical test by three seconds.  I got a 100 on the written, and a 100 on the physical. Only 43 guys had an average of 100 on that list, out of thousands, and I was very proud of that at the time.  Then, my only goals were to work in a busy engine, a busy truck, and a rescue company.  I eventually got to Eng 227, then 108 Truck, and from there to Rescue 1.  Things happened while I was in these companies, and awards and medals were given, but those don’t mean anything. You can’t control what calls come in when you are working. Getting to those companies is the goal, then just stay prepared, and do your best when the time comes.

What is the biggest change that you have witnessed since joining the fire service?

There are two that stick out, one positive, and one not so much.  I think firefighters today, both career and volunteer, are getting better training and have more information available than....Click here to read the rest of the article on ModelCityFirefighter....