It is in great sadness, that we as a Brotherhood, post the 87th Line Of Duty Death for 2013 from the United States Fire Administration. Fellow Brother Firefighter & Lieutenant Arlie "Pooh" Hill, III has made the ultimate sacrifice in love for their fellow man. Our sincerest condolences go out to his family and friends and our Brothers & Sisters with the Whitley City Fire Department 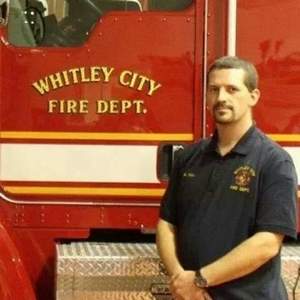 Incident Description: Lieutenant Hill and his brother-in-law, Lt. Adam Stephens who is also a firefighter with Whitley City Fire Department, witnessed a fire in a residence near Hill’s home. After reporting the fire to which their fire department also responded, the two initiated a search of the home. While inside the structure, the firefighters were caught by rapid fire progress and injured. Stephens suffered fewer injuries and was able to rescue Hill from the burning home. Lieutenant Hill succumbed to his injuries, severe burns, after nearly two months in the hospital.

Tribute is being paid to Lieutenant Arlie "Pooh" Hill III at http://apps.usfa.fema.gov/firefighter-fatalities/