I am not really sure what brought this up in my head, but there it was. I thought you guys might like to hear the stories.........

It was 1993 or so. I was a VERY wet behind the ears young firefighter on a small volunteer fire department. Back then, the City of Gary Indiana Fire Department allowed ride alongs, as long as you signed a waiver and provided your own gear and SCBA. I signed the waiver, got permission from my Chief, and started to ride.

The first few times, I rode with Engine 8, and Engine 1. Then, I got the opportunity to start riding with the Squad. Squad 2 was a 2 piece company at the time. Flying Squad 2 and HIT 2. I tried to find a picture of HIT 2, but couldn't find any. Squad 2 is pictured below, HIT 2 was an old ambulance loaded with all the Haz-Mat gear as best I remember. I was hooked. These guys went on all fires and vehicle accidents in the city, and so they were a lot busier! 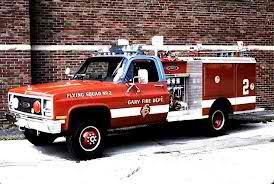 After a while, I sort of found I prefered the guys on one turn over the others. The Captain was a no nonsense but very good guy to work for. I could see all his guys thought well of him. They had been housed at their own house, but it had been closed just as I started to ride with them and they were shifted from old House 2 (below) to House 1. 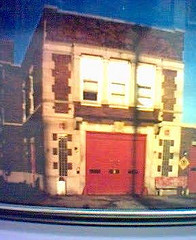 House 1 is where all the administrative offices are, as well as dispatch. Needless to say, there is more white shirts roaming around than you can shake a stick at.

The Squad Captain and the Captain in charge of House 1 didn't see eye to eye. The Squad Captain didn't like the House Captain ordering his guys around, and as a result, more than once, they would get in a p****** match and we would take off in the Squad vehicles and take off to old House 2, which the Captain still had the keys to. We would back in the bay and hang out in the kitchen and wait for the bell to sound.

I will stop here for now, as I am writing this at work, and shocker, they want me to do some work!