We Mourn the Loss   The staff of the Fire Department Instructors Conference (FDIC) is sad to report the passing of Battalion Chief Steven F. Auch, age 56, of the Indianapolis (IN) Fire Department (IF…

We Mourn the Loss

The staff of the Fire Department Instructors Conference (FDIC) is sad to report the passing of Battalion Chief Steven F. Auch, age 56, of the Indianapolis (IN) Fire Department (IFD). 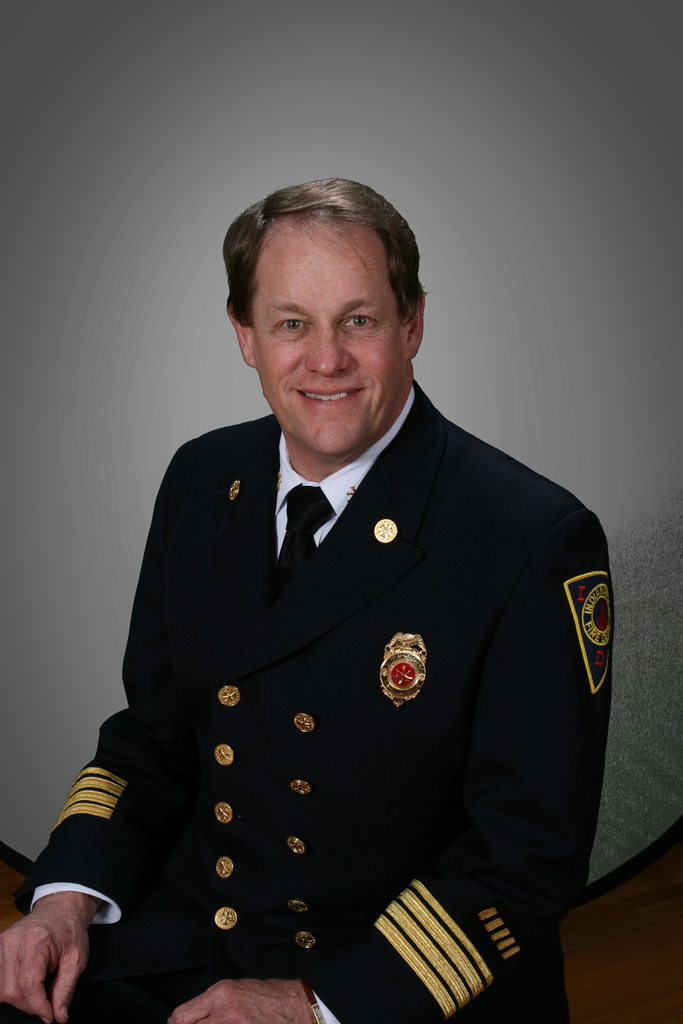 Steve was married to his beloved wife Donna Auch for 12 1/2 years. He was an extraordinary “father” to her three children, Brad, Laura, and Heather. He always asked his grandchildren, “Who’s a genius?” to which they would reply, “Pop-Pop Steve” and give him the thumbs up. When they heard he died, one of his grandchildren said, “God must have needed a genius.”

He was an EMT/paramedic; was bert certified, haz mat certified, TOSS certified, and instructor 1 & 2 certified; and was active with Peace Camp and the World Police and Fire Games. He attended Manchester College.

He was an avid competitive bicyclist for many years. He loved to play golf and was an avid sports fan. His enthusiasm for and optimistic view of his beloved Indianapolis Colts football team was well known.

The firefighters in Steve’s battalion would be the first to say they had the best battalion chief on the job: “He was knowledgeable and fair. He really took care of his firefighters.”

“Two other adjectives that describe him are humble and self-deprecating. He had a great sense of humor,” said close friend Chief Dan Hansman.

Steve was one of the original IFD members who worked on FDIC since its first year in Indianapolis in 1995. He worked tirelessly and without complaint year-round on every aspect of FDIC planning—from obtaining sites for hands-on training to lining up local dignitaries to speak at the Opening Ceremony to obtaining “firehouse” furniture for the stage for Bruno “Unplugged,” an FDIC favorite.

FDIC Education Director Bobby Halton reflected: “Steve was an outstanding officer. He carried himself with a dignity and grace that was unflappable. Steve championed ethics and professionalism and was giving to beyond expectation. All who knew him called him their friend, and they were well justified in doing so. No one was ever more honest in his dealings with his fellow firefighters and friends. The fire service is better for having had Steve for as long as we have. We honor Steve's life, we grieve deeply for our loss, for Donna his wife's loss. We pray for his family, we offer them whatever they need from Steve's other family of firefighters who are mourning with them across America.”

Halton continued: “I am reminded of these words when I think of Steve, his personality and character. Steve loved his work, he loved his FDIC, he loved his city, he loved his family, he loved ‘Love is patient and kind; love does not envy or boast; it is not arrogant or rude. It does not insist on its own way; it is not irritable or resentful; it does not rejoice at wrongdoing, but rejoices with the truth. Love bears all things, believes all things, hopes all things, endures all things. Love never ends.’ God bless you, Steve. May the angels carry you home to your rewards for life well lived and for all you have given to all of us. We will remember you forever.”

Fellow IFD Battalion Chief and friend Bill Brown said, “Upon learning the sad news of Steve's death, I quickly reflected on the things as firefighters we often think and hear. How much he loved his family, how much he loved the job, but with Steve there was a third love and that was truly FDIC. Year after year Steve would endlessly assist in make each year greater than the previous year. The friendships and knowledge he developed over the years working on FDIC cannot be expressed in a few words. His passion for FDIC was to make it an experience that every attendee would return to their community having learned the importance of safety, training, leadership, the development of a new set of KSAs, and friendships. The fire service community has lost a true leader.”

Mike McEvoy, Fire Engineering’s EMS Editor, who served on the FDIC Advisory Board with Steve, said: “BC Steve Auch was a close friend, confidante, and highly respected EMS fire service leader. During his tenure as Indianapolis Fire Department Chief of EMS, Chief Auch adopted a no-nonsense approach to fire-based EMS, recognizing that the strengths of all-hazards response needed to come from within the fire service itself. Steve was a passionate advocate for high-quality patient care and an exemplary role model of a chief who truly cared for and supported his troops in their fire service mission. He was not afraid to butt heads when the needs of his members or patients in the community were compromised. I will forever be indebted to Steve Auch for his wise and sage advice and counsel, his friendship, and his role modeling as a chief, husband, and leader in the fire service both in Indianapolis and the United States through the Fire Engineering community through which he gave so much of himself. Godspeed to you, my brother and friend.”

Jack Murphy, Fire Marshal (Ret.)/Former Deputy Chief, Leonia (NJ) Fire Department, a close friend of Steve’s, added, “For 14 years at the FDIC conference, Steve and I developed a common bond in educating firefighters. We were joined at the hip for a week, but it developed into a true friendship and appreciation of one another over the years. Many behind-the-scene challenges were met head on, in a true Auch fashion, never boastful about his accomplishments, just looking forward to the next task at hand. Steve served both his department with HONOR and all the Brothers/Sisters who came through the doors at the conference.”

Flowers may be sent to the Conference Center Address.

Comment by David Rhodes on February 8, 2011 at 9:35am
Steve, you were a class act. Thanks for always reminding me when my inside voice escaped!

Comment by Eric Schlett on February 2, 2011 at 9:43am
I am personally saddened that we lost such a great man.  His smile and easy going way will never be forgotten as it will remain etched in my mind forever. To Donna, I say thank you for sharing Steve with us, his dedication to FDIC will never be forgotten and always be appreciated. His family as well as the fire service has lost a fantastic person.  God Bless you Steve and may He grant you peace and your well deserved reward in heaven.