TOUGH TIMES FORCE SOME FIREFIGHTERS TO "STAND UP"

Another EXCELLENT article from Chief Billy G and the folks at Firefighter CloseCalls.


Wednesday, January 13, 2010 - These are very tough times-and times that are going to probably continue to be stressful politically for us for the foreseeable future. Due to a mixture of the economy and local political opportunity, many fire departments are not going to look the same as they once did. Interesting but very concerning times for so many departments, their members-and their leaders. Words like "re-invent", "brown out", "cuts" and "reduction" along with terms like "let's do a study" are alive and well in City Halls across the United States and Canada.

When things get tough, emotions run high (often very justifiably) and sometimes we are forced into corners. At one time or another, all of us get forced into a corner at varied levels. Sometimes we back off-and sometimes that is what is best-and doing so can even help your cause. In other cases, we do not back off or back down and we do stick to our guns-often at great risk to careers or membership. Finding the balance and wisdom of "when to" and "when not to" seems to be the key. It is not easy.

But there are times when we simply cannot and will not back down and personally put a lot at stake for what we believe in. Many who have done that have regretted it-sort of "cutting off your nose" stuff-but others have no regret whatsoever as they believe what they do, are doing or have done-is absolutely the right thing.

There are 2 recent stories out there worth reading, 2 stories about 2 Firefighters who have stood up-irregardless of the consequences. And their standing up resulted in consequences. They still stood up.

The first is about a New Jersey Volunteer Deputy Fire Chief

who was suspended for six months after he created a petition that hundreds of residents signed, urging officials not to eliminate the only two paid firefighter positions in their Fire District. The Deputy Chief tried to get the officials to understand how the community felt-and how critical their career firefighters are to the fire company's ability to deliver service. But that wasn't what the officials wanted. HERE is the story:
http://www.nj.com/news/local/index.ssf/2010/01/monroe_deputy_fire_c...

The other is about the (former) Fire Commissioner of Buffalo (New York). 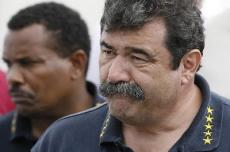 Mike Lombardo has been a Firefighter for many years and he loves being a Firefighter as much as any Firefighter. Trust us. Mike moved up the BFD's organizational ladder over time and "one day" --to the delight of people in and out of Buffalo, he was appointed Fire Commissioner. But Mike never forgot what the job was about-and what is needed to do the job. As Commissioner, he deeply understood his responsibility to his members-but also to the families of the members-and the citizens of Buffalo-and his actions everyday reflected it. But that wasn't what the City Hall dwellers wanted. HERE is the story:
http://www.buffalonews.com/cityregion/story/908865.html

As Firefighters move up the ladder, some decisions and risks remain the same, others change but additional "different" ones definitely get added on. As they add up, the possibility of having to "stand up" for what you believe in as being important, certainly increases at varied levels. When pushed in a corner, things can get so heated that a politically related career or position "flashover" may occur. When we operate in a fire, especially when flashover is a possibility, standing up is not recommended. However, when things get heated on an issue you truly believe in (outside the fireground) standing up may absolutely be required.

Comment by alex steve on January 15, 2010 at 7:52am
well by reading this article i feel like saluting firefights for their efforts to save human lives by risking their own lives.You guys are our community heroes