Far too many times do we lose focus on what our responsibility is as leaders or senior fireman. In today’s fire service we seem to be losing touch with what to teach our new people, how to teach our new people, or simply blame it on the fact that we don’t have enough time. There are many arguments that it’s a generational thing, and that “they don’t make ‘em like they used to.” As much as all that seems justified and there can be a great argument to support that, allow me to shed new light…

I recently was assigned to a Ladder Company as a new Lieutenant. Prior to this assignment  I had spent two years as a Lieutenant in the training division running recruit academies and providing department wide training. I had a Battalion Chief tell me, Jarrod, no one cares about Jarrod Sergi the Firefighter. They don’t care where you were or what you did. They don’t care what experience you gained while at your previous stations. All they care about is watching you as a new Ladder Lieutenant… What are you accomplishing during your extrication walk-around?

Many times a walk-around is incorrectly used as an officers mental check note like BSI/Scene safety…However,…

Its in the Attic! This week's simulation

This week we will look at a fire that has originated on the rear deck of a multi-residential condominium complex constructed in the early 1980s. Access to the C or 3 side is difficult because it is built near a ravine and has a steep slope ladder access is going to be difficult or impossible. We all have some type of condo complexes and if this simulation is similar to something you have in your community great. The key take away this week is do you go for the fire knock on the C or 3 side…

"Did you ever go to a fire where everything went exactly as planned or where you came out and thought you did everything right and wouldn’t change a thing you said or did? The only consistent thing when it comes to firefighting is that it is different each time. No fire is routine and no two fires are ever exactly alike. While you may practice due diligence in an area where fires are prevalent, fire behavior from building to building, from day…

Morality On The Job

What was the reason you chose a career in the fire service? The answer should be at the ready, it is our guiding light...it’s obvious. We choose this career because we want our lives to mean something. Quite frankly we work more than we partake in any other activity in life. I want the sum of my activities to have value, to not be made of my petty self-interests and goals. My goals should be intertwined with humanity’s needs. I wish not to leave the…

I have had a of of requests for quick workouts that can be done with minimal equipment.  Here is a re-post of one of my more popular cardio interval workouts I created for a firefighter/medic that has no equipment and only some stairs and a parking lot. This can be used as a cardio interval training workout day (for those following the FRF Rapid Fat Loss or FRF…

All accross this country, in firehouses everywhere, there sits a firefighter who feels that as long as hose is on the apparatus that it is good enough.  At times, company pride isolates itself to a cool Tee-Shirt, or a waxed apparatus.  However, in the best firehouses throughout the country, tools are sharpened, hose is laid out with a reason on the apparatus, and firefighters are thinking of how they can better serve their citizens every day.

There is no better way to judge the…

I went to a retirement activity the other day.  It was for a 42-year veteran Deputy Chief that was greatly admired in this area and beyond.  I had the opportunity to work directly for, and with, this individual for almost five years.  We had spent 25+ years in the same department (he was already a captain when I was hired), but my last five were spent directly reporting to him.  These kinds of retirement affairs (and they're increasing in their frequency for me) always cause me to reflect…

The First Twenty - Who We Are

Being the Right Kind of First

I was lucky to have some great officers and leaders influence my career path in the fire service, and in life.  They were always offering sound advice and sharing their experiences. Some I heeded right away and others I had to learn the hard way.  Either way, their words and actions provided me a template to use to work to be a good firefighter and, later on, officer.

What does it mean when you are standing in front of your fire chief with a pending discipline action and the chief states you are being charged with “conduct unbecoming”.

What does that mean? Well in many States, it means you are going to be disciplined for on or off duty conduct that violated the Departments published firefighter code of conduct policy or SOP. 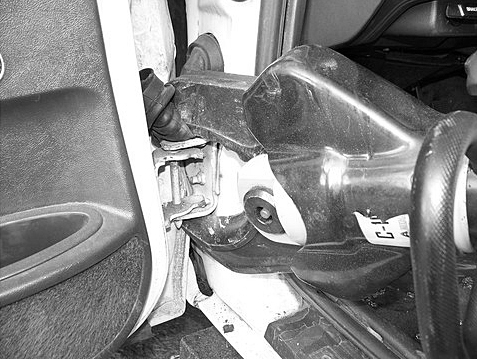 The age-old question…to cut or spread door hinges. This subject is brought up in almost all of my classes. As with any extrication skill, there is a time and place for both. I personally cut and spread door hinges depending on hinge design and hinge access. However, in my experience, the…

Fireground Simulation........ The mixed use

This week's simulation involves a two story mixed use dwelling; the first floor houses a deli/small supermarket, the second floor is chopped up into several apartments. This building was built in the early 1930s. Based on this era, what type of construction would you assume? Go ahead and play out the scenario based on your departments response and apparatus. This building is similar to the one that burned in Buffalo New York in 2009 that claimed the lives of two firefighters. I have…