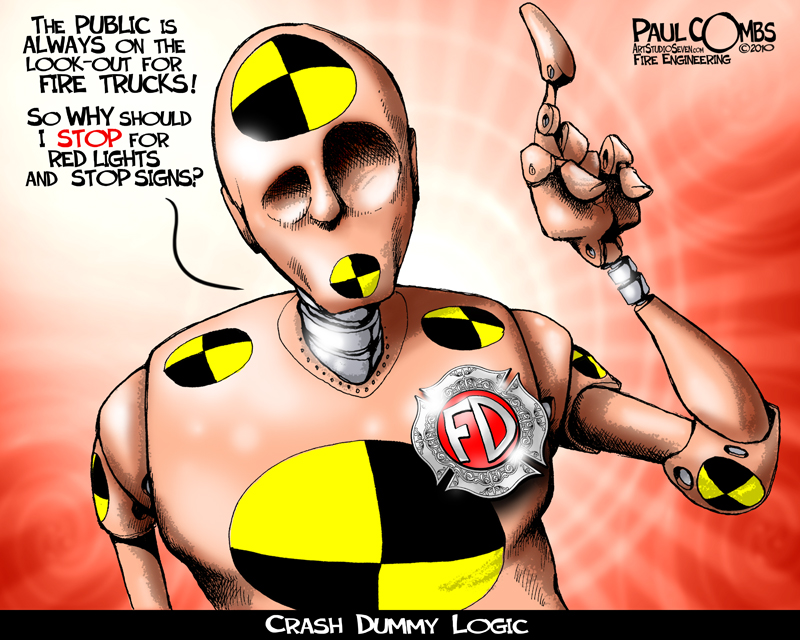 It is with deep regret that I post the following from the United States Fire Administration concerning the line of duty death of fellow brother in arms:

It is with deep regret that I post the following from the United States Fire Administration concerning the line of duty death of fellow brother in arms: 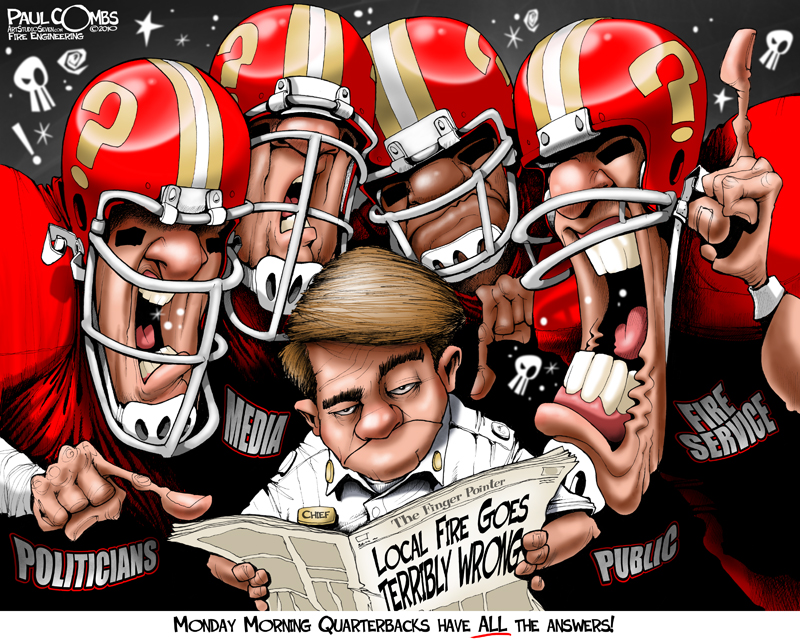 Just curious, how many of you can relate to my latest editorial illustration? My guess is many of you have experienced this beat-down, or have at least witnessed it first hand. I'd love to hear your stories... 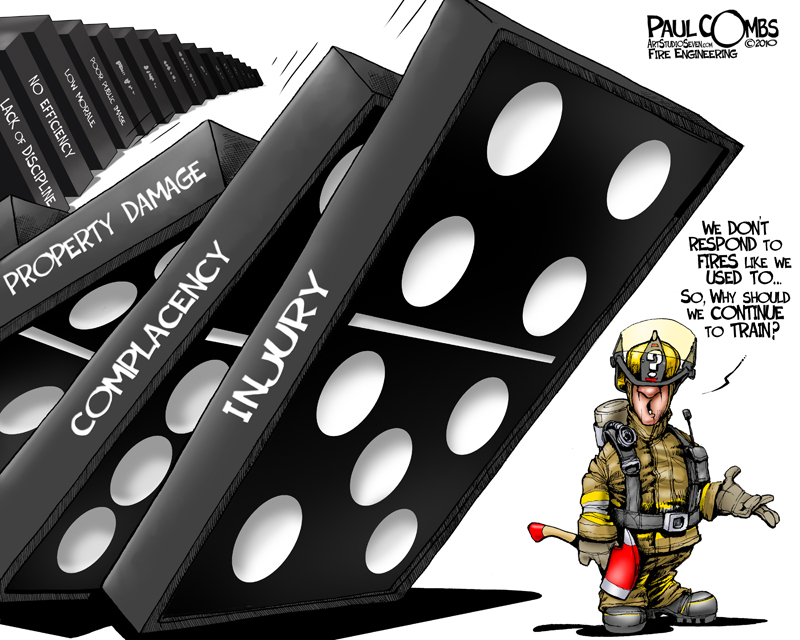 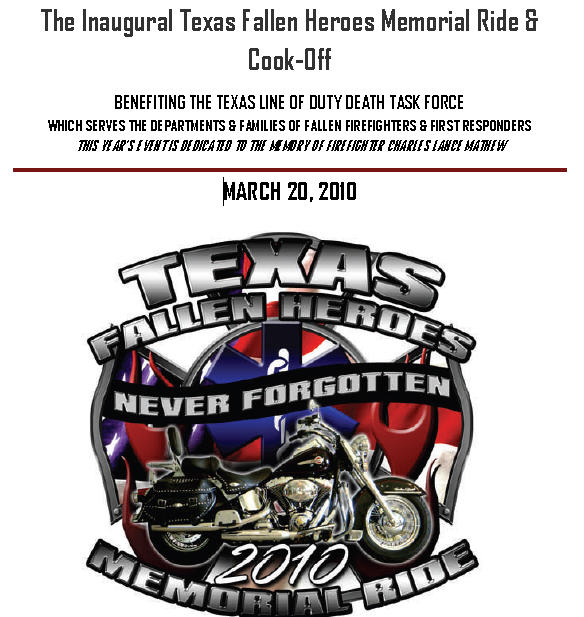 Training is supposed to be training right? What do you want out of training? I can certainly tell you what I want out of training: the opportunity to learn something new or refresh skills/knowledge. Sometimes it seems like training officers come up with topics because they like them or want to learn more about that area of knowledge. Walk-arounds and building inspections are one of the most valuable training topics which I learned from a District Chief I used to work with at another…

Alright! The blog has been there for weeks. Only one comment. I just finished teaching to 100 or so firefighters from the south east. No one there had an answer!
I really can't believe it. 300,000 firefighters in the United States and no one can tell us how to tell if it's getting too hot in the atmosphere they are in.
Come on - if your shy, get over it and help us out. How do you monitor heat conditions inside a burning…
Continue

Thanks to Fire Engineering, Pennwell and all the sponsors for putting on another great event!

If you happened to miss any of the seminars you can still view the archived webcasts by registering and going to the auditorium. The webcasts will be archived for 90 days after today and are available anytime for veiwing and training purposes. They were all great and very informative for…

It appears that this Line Of Duty Death was overlooked on my part and I wanted to be sure it got posted so we can honor our brothers service and sacrifice to his community and Nation.

It is with deep regret that I post the following from the United States Fire Administration concerning the departure of a fellow brother in arms.

Ok so the first live feed was pretty good and he filmed from inside the station. No runs but tomorrow he is filming from Engine 30 and Truck 12. So go to the link below and be sure to tune in at 9PM EST and 6PM PST

Here is the link: Live Feed

One thing is for sure the American govt. is NEVER VIGILANT when it comes to public safety!

Monday, February 1, 2010 - Today the Obama Administration released its Fiscal Year 2011 budget proposal, detailing requested funding levels for programs and offices in the federal budget. Nothing new as this has been typical in the past, (with different numbers) and Congress has increased the funding above… Continue