How many times have you watched a YouTube video or seen a picture of fire that has taken place and seen someone ripping into the department at hand.

You shouldn’t be on the roof UL says so.
You should have hit that thru a window first everyone goes home.
Why don’t they man up and get inside for an interior attack.
Search should be done at the same time as fire attack.

Its  3 in the afternoon you get dispatched for a working fire in a single family dwelling. You get there and find that there is a working fire in ranch style house unknown entrapment, but your next in help is still 15 minutes out, you and your crew of 3 are all you have in the meantime.… 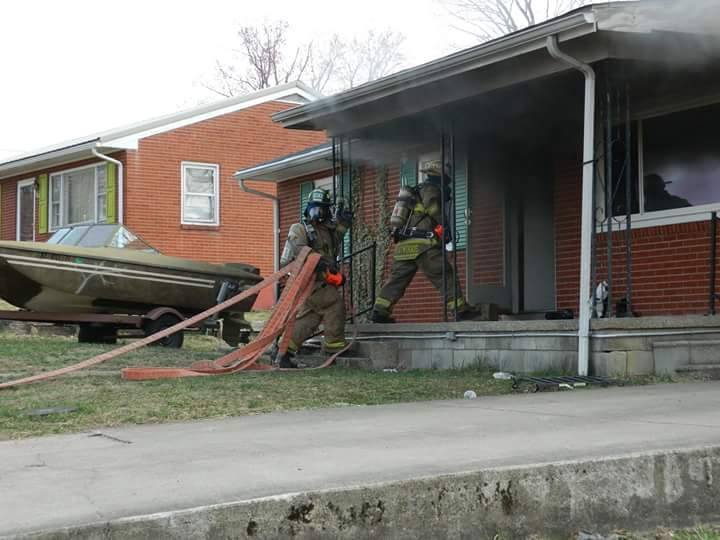 Why do we eat our own?

Why do we eat our own
I was reading a blog by one of my mentors Chief John Salka in regards to a video he watched on the Internet. In the blog he brought up some of the issues he saw as they relate to basic firemenship. This presents itself as a problem to others. They feel it's play Monday morning quarterback.
But is it really as condescending as we make it out to be.
why is it that if anyone looks at the wrong in a LODD report or a video on the Internet they automatically get… Continue

How young is too young?

I often hear this question mentioned numerous times, how young is to young to be in this service? Where do we drawl a line and say their not old enough?

Having come from a rural department in Kentucky I understand the need for working hands, but is their an age that stands out as "they are too young"?

in the state of Kentucky 18 is the minimum age to join up as an active duty firefighter but many municipalities set their hiring age at 21, is there a reason; and…

I keep seeing articles about the downfall of volunteers, and the one recurring theme is that it's too much training and how it costs too much to train guys. Usually, they fall back on the normal excuses: “we are volunteers, so why do we need the training that metro cities need,” or “we make 100 calls a year, I don't need this training.”

If this was football I'd throw the red flag to challenge them on this.

These statements really get under my craw. You can't say in one breath…

As 2015 approaches I cannot help but think of all the "New Year’s Resolutions" that will soon flood Facebook and will be the topic in the fire stations all over the world, from kicking the smoking habit, to eating healthier foods there are all types of resolutions out there but one I seldom if ever hear but I feel we should is to train more and be a better firefighter.

Think about it like this when you cut back on your internet use or TV use who does this effect? Essentially…

I come from a rural area as you all know and often times we don’t quite have the staffing for an attack and a RIT team until the next due arrives which can be anywhere from 5 to 20 minutes, it just varies.

However I can recall fires where a RIT team deployed and helped the interior teams with their problems.

What is the relation between a transitional attack and a lobster?

Story sent to me from a “friend”

"Chris, me and the crew were out on a 2nd due fire the other day. The first due pulled off the lines and begin to go to work. While en route we went to the Commander in charge asking for an assignment so we knew what tools we would need once we got there (we like to get off the truck with tools in hand). Never got a reply when we got there our officer went to take in our assignment from the IC and he couldn't get a job for…

3) Making an all-out effort to win or succeed.

According to Dictionary.com http://dictionary.reference.com/browse/aggressive this is the third meaning of the word aggressive.

Often times we hear the term used in a sense of operations. An aggressive fire department goes in all the time, an aggressive engine company never uses transitional attacks, an aggressive…

I come from a rural area where are infrastructures is a generation or two behind what other places 2 counties over have. The part of our infrastructure that affects us the most is water supply. Where some have 42inch mains we at most have 8s and often times all the plugs in a given city are fed by one of those 8 inch mains. In short we have very few hydrants and what hydrants we do have often are very weak, if not broken.

I often hear (as many of you readers likely do as…

can one have too many rules?

In a recent discussion with a friend regarding SOG's and SOP’s, an ugly mannerism reared its face, “we are just a Volunteer Department. Keep that in mind.”

WHAT THE HELL KIND OF STATEMENT IS THAT?!

This brings to mind another statement I have heard in passing more than once.

Too many rules are a bad thing to have.

Can we have too many rules?

Can rules hinder an operation?

Can a guideline be truly…

This goes out to all the brothers and sisters out there who are 1% er's (not the bike clubs) but the hard core firefighters who bust there chops everyday training and doing there thing aka firefighters not employees volunteers and paid we are all 1% er's.

I was in a conversation once with my good friend from down in the orange state, Julio about being a jack of all trades master of none mentality within the fire service and we proceeded to discuss our thoughts… Continue

why do we do that

Whose job is it anyways?

I have been in quite a few fire houses where the troops are just sitting around watching sportscenter or shooting the breeze with conversation. At some point one of them will say "what are we going to train on today?" or "what’s going on next drill night?" At that point someone will say either don’t know or that there wont be a training officer around so we will just talk about football, hockey (Go blackhawks), or our latest…

How many of you have been on fires where your first lines off the rig are not working? Its like your wasting your time with these hoses because your not getting anywhere. THE FIRE IS NOT GOING OUT.

I recall one I was on. The crew I was supervising was slinging the water yet it was not working at all. I took the pipe from them and noticed that it was at like 30gpm's. Now the attic was rolling, the roof was nearly gone, the 2nd floor was free burning I mean it was going. The…

Are Pistol grips really that bad?

I say no, there not bad. To be honest with you I like them on my nozzles, yet I dont even use them unless its for a…

That title is so true to the fire service.

I mean let’s think about it. Probie school, we are told wear all your turnouts, how to wear them etc. Yet the same guys telling the probies this are wearing SCBA's without the waist straps on. I don’t know about you, but to me that is a double…

Are we any different than the news crews

There are times I scroll thru some pages on Facebook…