A “Flexible” Effort Results in Organizational Health and Fitness Success

A “Flexible” Effort Results in Organizational Health and Fitness Success

In the world of firefighter functional fitness, flexibility is a primary yet often overlooked component.  Increased flexibility translates to improved performance on the fire ground and reduces the chance of injury.  There are many ways to improve flexibility; most of them have traditionally consisted of various stretching exercises, and they are effective when done properly.  One fire department however has taken a different approach, and they are enjoying a great deal of success.

Historically, yoga has not mixed well with firefighters.  It’s an unfortunate stigma that hopefully, over time will fade away.  Fortunately for the Virginia (MN) Fire Department, this stigma does not exist, and the department’s personnel are reaping functional fitness benefits as a result. 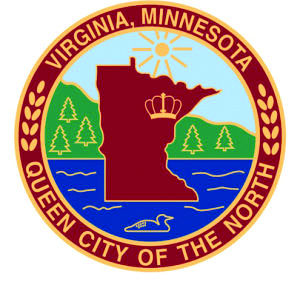 The Virginia Fire Department is a full time paid department with positions for 27 sworn full time Firefighter/Paramedics, an Administrative/IT Assistant, an EMS Coordinator, Fire Marshal and a Fire Chief.

A little over a year ago, and prior to my arrival as Fire Chief, members within the fire department asked for the ability to have a Yoga instructor come to the fire station and conduct training with the on duty crew.  The fire chief at the time gave his permission, and classes were well attended until a former city councilor objected to the use of city funds to pay for Yoga.  Under pressure from city councilors, the city administration ordered the program to be terminated.  As you can imagine, a considerable amount of acrimony ensued from this decision.

After assuming the Fire Chief position, I interviewed each member of the department in an attempt to get to know them as a person and to explore their strengths, passions and hear their ideas on how to improve the department.  A number of firefighters cited the failed Yoga classes and felt the city was wrong to stop the program. 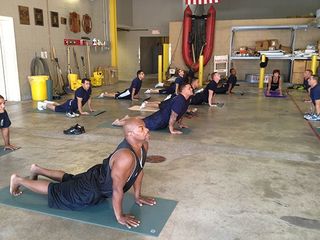 As a result, I approached the city administrator on the issue and explained how the program would benefit the overall health and fitness of the department.  He agreed to let me make a presentation to the newly elected city council and present my proposal to the finance committee for the city.  Instead of presenting the program myself, I asked the firefighter who initially coordinated it to present the proposal to the council.

We were successful in gaining council approval for the funding for all of the classes requested.  Moreover, each council member took a turn to voice their support on what a great idea this was and how much they support it.  Even the mayor publicly stated he supports sending one of our members out for specialized training as a police/fire physical fitness trainer in the future.

Chief Lewis offers these suggestions and observations as you move toward health and wellness program implementation:

Chief Lewis concludes, “A city councilor said it best when he stated that the program will have paid for itself if even one work-related injury is avoided”. 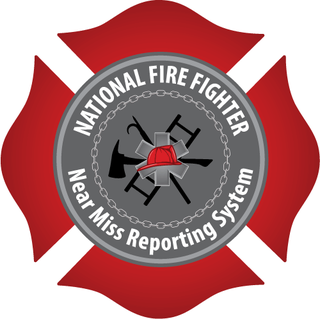 The Virginia Fire Department also provides annual NFPA 1582 compliant medical evaluations for their personnel, they participate in the National Near Miss Reporting Program, and the staff continues to explore ways to expand their fitness program. They are currently investigating the possibility of hiring a personal trainer, and they also plan on developing a behavioral health component for all members.  And while Chief Lewis acknowledges that they still have work to do, they continue to set a good example for all of us.

I’ve said it before and I’ll say it again: We can drastically reduce the instance of health-related LODDs in the American fire service.  It can be done.  It can be done on an individual level and an organizational level.  We have more momentum now than ever before.  We must all continue to lead by example as Chief Lewis and the Virginia Fire Department have done.

Make firefighter health and fitness the rule, not the exception.

This article was written by the Director of The First Twenty Firefighter Functional Training Panel Dan Kerrigan. Dan is a 29-year fire service veteran and an assistant fire marshal/department health and fitness coordinator for the East Whiteland Township Department of Codes and Life Safety in Chester County, Pennsylvania, and the Director of The First Twenty’s Firefighter Functional Training Advisory Panel. Kerrigan is a graduate of the National Fire Academy’s Executive Fire Officer Program and holds a Master’s Degree in Executive Fire Service Leadership. He is a PA State Fire Academy Suppression Level Instructor as well as an adjunct professor at Anna Maria College, Neumann University, and Immaculata University. Connect with Kerrigan at dkerrigan@eastwhiteland.org, on LinkedIn, and follow him on Twitter @DanKerrigan911. Follow The First Twenty on Twitter@thefirsttwenty.