How the Scott Firefighter Combat Challenge Changed my Life

How the Scott Firefighter Combat Challenge Changed My Life

We all have that defining moment, the event that changed us. The moment that changed our lives, changed our paths, changed the way we view the world.  Some people have more than one.  And for some of us, we find something that continues to change and shape our lives.  For me, that discovery was the Scott Firefighter Combat Challenge.

I grew up as an athlete, started lifting weights at 14, played multiple sports in high school and Division I basketball. Even after my college, I continued to stay in shape. I loved training and working out, it was kind of my zen. Anything that was bothering me seemed to be not as bad after a good workout.  Not only that, I have a family history of health issues that I want to avoid.

Ten years ago, I discovered the fire service and decided I wanted to be a firefighter. One year later, when I was 28, I was hired by Las Vegas Fire and Rescue. After I finished my academy and probation, the Scott Firefighter Combat Challenge World Finals were being held in Las Vegas.  An email went out, that volunteers were needed to put together a relay team.  Of course, I jumped at the chance to do anything competitive.  I was then introduced to the most miserable fun I would ever have.

I have competed ever since, taking one season off for paramedic school. I started the first few years with tandems (2 people splitting the course) and relays (3-5 people).   Finally, four years ago, made the agoni 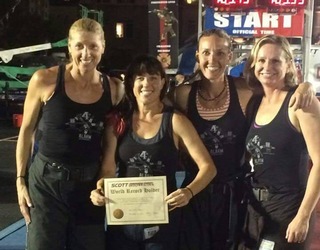 zing leap to compete as an individual. The first two years, I improved my time and standings, but was always average, nothing ever really notable.

Over the years, I have met some of the most amazing people.  In fact, my best friends I met from competing.  Where else can you see the true firefighter spirit?  You have firefighters who are dedicated to training, being better than they were the day before.  Men and women from all over the world, who have a huge competitive drive, yet are willing to loan another competitor their own gear.  Athletes who are sharing training methods and technique tips with others who they will be racing against. It’s definitely not your average competition.

In 2013, I had my defining moment.  During the awards ceremony at Worlds, my friends had done very well in all the categories.  I would hold the medals and plaques while they would go to the stage to receive the next ones.  It became the joke that I was there just to hold their medals.  It was then I realized I was the one holding myself back.  I hadn’t done enough.  If I wanted a medal, I needed to do more.  I needed to change everything, and I was starting the next day.

A teammate put me in contact with a nutritionist, so I changed the way I ate.  I had been aware of my eating habits, but never really dedicated to eating healthy.  I was now eating the way I needed to, balancing everything, not just making sure I ate some meat and only half a donut.  My crew was on board with eating healthy as well, so it made it much easier at work. 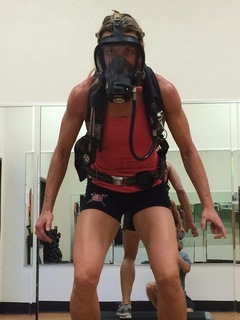 I changed my training.  How could I expect to get better if I wasn’t willing to push to improve.  A firefighter from Washington, Georgia Daniels, gave me the best training advice.  She said, “Get comfortable being uncomfortable.”  So I did.  I trained harder than I ever had before, pushed myself beyond what I thought was physically possible for me. And a crazy thing happened; I got better on the fire ground.

I became a better firefighter.

How many of us have pushed our physical limits to the point of not being able to stand?  How many of us know where that point is?  When you are beyond physically exhausted, can you still push as hard as you can?  When your low air alarm goes off, how long do you have while still working at max?  Or your alarm stops going off, now how much air do you have?  Can you still make yourself work to drag your partner out?  Do you still have the strength to do it?

Since almost all my training is done with my SCBA and mask on, I got to learn all of these by accident.  I became stronger and more effective pulling lines.  I became comfortable wearing my airpack, no longer feeling like I was restricted in my movements.  I could manage my air much better while inside an IDLH environment.   Most importantly I learned, if necessary, I had a lot more I could give if I needed to get my partner out. 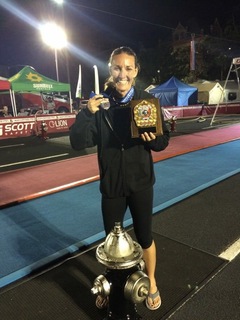 That year of dedication paid off. At the end of 2014, I had made huge improvements and finished with a 2nd place overall, and a new world record in the relay. However, I felt I could do more.  So again, I looked at what I was doing and started making necessary changes the next day.

I wanted to know the absolute limit I could take my body.  I learned a lot about myself.  Working on the busiest engine and rescue in the city of Las Vegas, doesn’t allow for a lot of working out on duty, or sleep.  So trying to train while sleep deprived doesn’t work. Sometimes, I just had to admit I was not physically able to workout, and sleep was the only thing I should do.  Knowing when to tap out and take a nap is a hard lesson to learn when you are used to pushing yourself.

However, on those days where working out was possible, my crew was there to help.  My partner, the unwilling victim of my training, was pushing me to go harder.  They made sure I never gave, in their words “a second place effort.”  Always finding ways to motivate and push me to go harder.  Even if it meant they had to run with me to make sure I didn’t slow down.  My guys would even cook extra healthy when it got closer to race days.  Having that kind of support made me want to represent my department and especially my station, even more.

After another year of hard work, in 2015, I finished with a 1st place individual, the fastest female in 9 years.  My relay team, due to all their hard work and dedication as well, finished first, and a new world record.

Of course I am not done yet.  I can do more. I can be faster.  I can be a better firefighter.

This article was written by guest contributor Firefighter/Paramedic Jacqueline Palmer of Las Vegas Fire and Rescue Station 10. She is Firefighter Combat Challenge Athlete for Team 4th Alarm who "believe in the 4 F's of life: Fire, Family, Fitness and Faith. They encourage our brothers and sisters to work hard, train hard, and play hard." 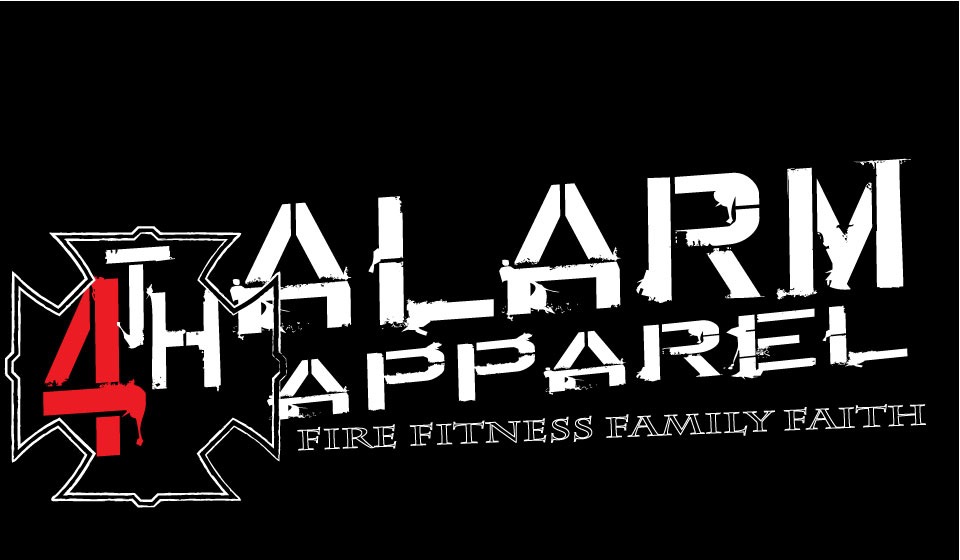