It is not uncommon for me to occasionally hear firefighters say “we don’t need to ventilate, its already venting”. In some cases, yes, this remains true. Maybe there is no more property to save and we can get away with saying that. One thing that I hope doesn’t get missed is that we ventilate the buildings to control the way that fire behaves inside that structure. We want to make that fire do what we tell it to do; especially given certain types of building construction. Yes we also do it to remove smoke and some heat off occupants and firefighters as well, but we shouldn’t be writing off the task of vertical ventilation specifically just because “it’s already vented”. 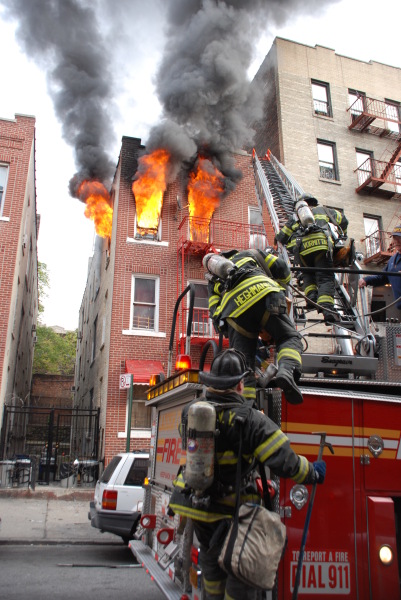 Ladder Company in the Bronx going to the roof.

As we all know, fire will travel the path of least resistance to seek an outlet or oxygen source. Recently I saw a large metro area fire department get wacked on social media for a recent vertical ventilation operation in what appeared to be an old ordinary constructed building. Some of that banter was about the PPE choices that were made, but a lot was about their decision to ventilate. Some of the comments were:

I don’t get it, it’s already vented.

Why are they up there cutting, fire is already coming out?

They are wasting their time up there.

No ventilation is needed here.

Vertically ventilating a building creates that path of travel and lets us control where the fire is going to go. Is it true that smoke and heat are venting out of the already broken window or windows? Yes, but what is that fire going to do next? Is it going to eat up the attic? Is it going to consume the cockloft? Yes it will do all of that if we don’t control the building and use vertical ventilation as a way to do this. Are there circumstances where this may not be doable? Certainly, there are many variables that come into play when making the decision to simply place someone on a roof.  Not considering vertical ventilation as a way to cut off fire and make the fire do what we want is a mistake. I have seen the benefits of a well-placed h*** as I am sure all of you have. It works. I was at a fire once where we performed vertical ventilation and it saved one whole side of the structure. Did I worry about occupants? No, they were out. We were focused on controlling the building and making it behave the way we wanted it to by using our skills and tools.

I mentioned building construction earlier. Remember that vertical ventilation when there is a top floor fire may be needed. Consider the ordinary constructed building where fire is already venting out of a couple windows. Ordinary construction will behave very similar to balloon frame. It will travel the void spaces and can burn up and into that cockloft. Because of these void spaces we have to give considerations to that fire that was one or two floors below the roof. Once again those void spaces will be consumed with fire and will travel to the attic or cockloft. Venting that roof above where that fire is will allow us to cut it off and save more property. Most times when we lose the cockloft or attic, we stand a good chance of losing the building. Don’t lose a building all because a decision was made not to vent because it was already venting. 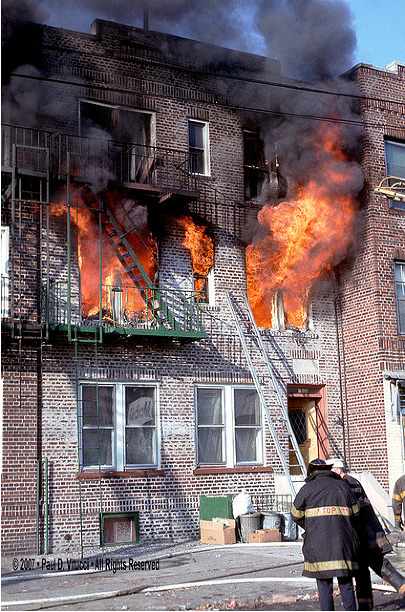 So remember, just because it’s already venting, doesn’t mean that we don’t still get ready to go vertical and get the job done. We have to be prepared to do whatever we can to turn the incident into a success and save lives and property.