The other day at work, I was standing in the apparatus bay having a conversation with one of my firefighters. He is currently working on his acting officer development book and we were having lots of discussion on a variety of topics. One subject in particular was size-up. We were discussing the importance of practicing size-up when responding to automatic alarms, whether they are residential or commercial. I explained the value of taking every opportunity to size-up buildings when going on calls, so when we show up and they are on fire, we have already reduced one of our stressors, we know the building.

Size-up is just one of the many things that we should constantly trying to improve at. The conversation between us carried on and all of the dialogue was beneficial, not just for him, but me too. He said one thing to me that really has stuck in my mind these last few weeks since he said it. When he initially said these words, they made sense, but have developed a more important meaning as time went on. This firefighter before entering the fire service played baseball for a living. He traveled all over the country to practice, compete, and execute his duties as a baseball player.  He said to me that day just as I finished up saying we can’t practice size up enough: “Just like you can never take too many ground balls, you can never get enough BP (Batting Practice). 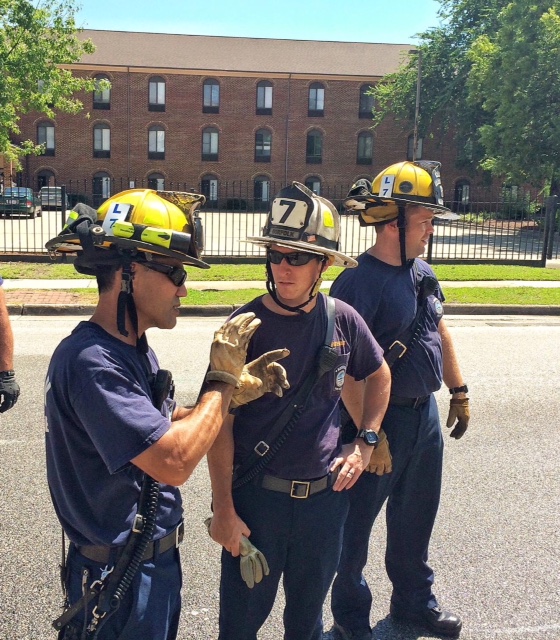 This guy gets it! I recently read a book called The Mental Game of Baseball. I now know where this firefighter has developed his mindset. In this book the author describes the difference between a good baseball player and a great one. He essentially says that a good ball player gives an all out effort during the competition and that a great one gives an all out effort preparing for the competition, and during as well.  These are the absolute fundamentals of the game of baseball. Nothing advanced about this stuff. It’s the fundamentals that put you in the World Series.

Are we taking that same approach as firefighters? What about our fundamentals? Are we really any different than those professional athletes? I would say no. We have many competitions that lie ahead of us. Some will be very easy challenges where success is simple, and some will challenge us and bring us to our knees, maybe even defeat at times. So what are we doing to prepare? Are we keeping that mindset of a great player who always has their head in the game and is preparing for the next fight? Or are we just good, comfortable with where we are and only hope that we see victory without putting in the hard work to obtain it. Take this profession seriously! You competed months for it, remember! We are simply occupational athletes and should be preparing constantly for our next big game, our next fire. So take the little lesson that one of the firefighters in my station gave me. Are you getting in enough BP, and are you making the time to take on the ground balls. If we aren’t, we have failed our crews, the citizens, our families, and ourselves.