We are about to introduce a new fitness standard, and tests, in our Fire and Rescue Service (Fire Department), and after we have established that for 9 months Firefighters pay will be affected by whether they pass the tests or not. Even their continued employment with us may be affected if they can't pass the tests over a longer period. I believe we will be the only Service in the UK to do this.

This is a big step for us and even though I know we have invested heavily in gyms and fitness training I do have some concerns.

We have always been a Service that has taken sport and fitness seriously, and we have tested our Firefighters' Fitness annually for many years. However the levels Firefighters were expected to achieve reduced as you got older, and if people didn’t achieve them they were offered support, but there was no obvious incentive to pass, or penalty if you didn’t. 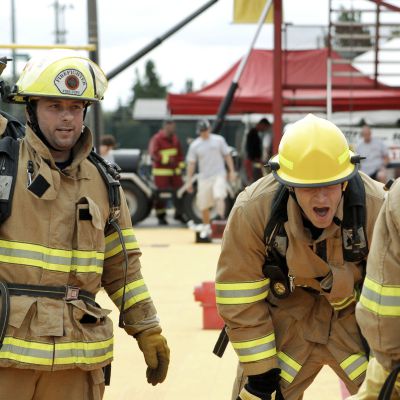 The new policy will mean that an additional payment which our Firefighters receive for maintaining their Continual Professional Development will be linked to whether they have passed the fitness standard or not. Therefore someone passing the test could earn about £670 (over $1000) a year more than someone who doesn’t pass the test. Whilst I understand that will encourage people to stay fit, I am worried about the impact on those who don’t, and also even whether some may simply decide it’s easier to lose out financially than get fit in the first place.

Having said that the long term impact of not maintaining fitness is much more serious than not receiving extra payments, it is potentially losing the job that you love! The policy makes it clear that we will have a fitness standard and if you are a long way from achieving it then you will be taken off operational duties. If the reason you can’t pass it is not a medical one, but is simply due to you not keeping yourself fit enough, and if you don’t follow training advice over a reasonable time and improve to a level where you are able to pass it, then eventually you may lose your job. I do wonder if that is fair to those Firefighters? Then again is it fair to their colleagues if they work alongside them in a dangerous situation without being fit enough?

I am also concerned personally. I know that in my role I have a responsibility to make sure that across our 32 fire stations, 1100 Firefighters, 300 of which are part time and on-call from other jobs, are fit enough to carry out their job safely, and I also know the policy is based upon quality academic research. However I am 41 years old and I’m worried about my own ability to keep fit enough to pass the cardio part of the test, in particular, as I get older. The same standard will be in place for everyone with an operational role, from Firefighter to Chief.

There has already been some conflict with individuals and Unions, and I feel like it is the only thing I discuss when I go onto fire stations, but the policy is coming in regardless and I sincerely hope we won’t be in a position where we do lose great Firefighters just because they aren’t great at passing fitness tests. Of course I also hope I can maintain my own level of fitness so I can stay in the job I love as well.

Everything I've said so far is an accurate reflection of was what I was thinking six years ago in 2009. We implemented the policy at that time.

It was challenging at first, but it is now just part of the normal way we work. I’m not aware of any Firefighter during that time that has had to leave just because they can’t pass their fitness test. There are new challenges, such as the change to Firefighter pensions across the UK which mean we will have to work until 60 rather than 50, and the policy is continually under review as new research emerges. I have to say I do have concerns again when considering the increasing number of older Firefighters we will have in the future and particularly the impact on our female firefighters as they approach 60. Nevertheless there is likely to be a UK fitness standard for Firefighters anyway so I’m glad we started when we did because it will be much easier for us than for the many Services that haven’t worked to a standard before.

Our Service has dealt with significant budget reductions in recent years (we have reduced down to around 900 Firefighters today) but we still invest heavily in fitness. We employ a full time Fitness and Wellbeing Manager and have increased his budget to over $100k per annum, we also have several staff trained up as Registered Personal Trainers and we even effectively pay our on-call Firefighters to carry out fitness training every week.

Personally I know for a fact that I am fitter now than I would have been if we had not introduced the standard. I certainly don’t enjoy taking the test every 6 months, it is not easy and I am not someone blessed with naturally high cardiac fitness levels, but as soon as it is over I know that introducing it was the right thing to do.

Most importantly I have just reviewed our latest test results. Of our 900 Firefighters, 899 passed the test first time. One Firefighter dropped just below that level, but not so low that they had to come off operational duties, and with support they passed the tests a few weeks later.

I feel sure that as a group of Firefighters our overall cardiac fitness, and therefore our ability to carry out our jobs safely, is much better than it would have been if we hadn’t taken that bold step six years ago. 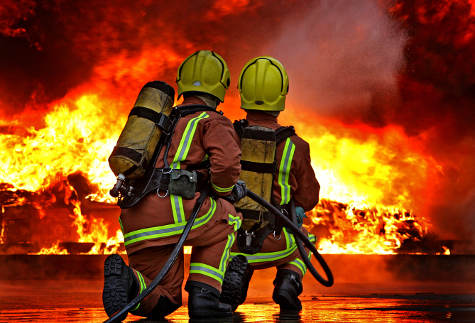 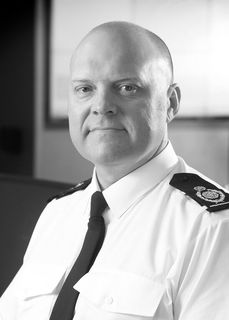