The Problem With Alcohol And Firefighters

Firefighters represent a lot of things in the public imagination.  Words like “courage,” “selflessness,” “integrity” and “reliability” spring to mind.  But there is a darker side to fire culture as well - a system of thought that can sometimes shatter families and lead promising firefighters to an early grave. 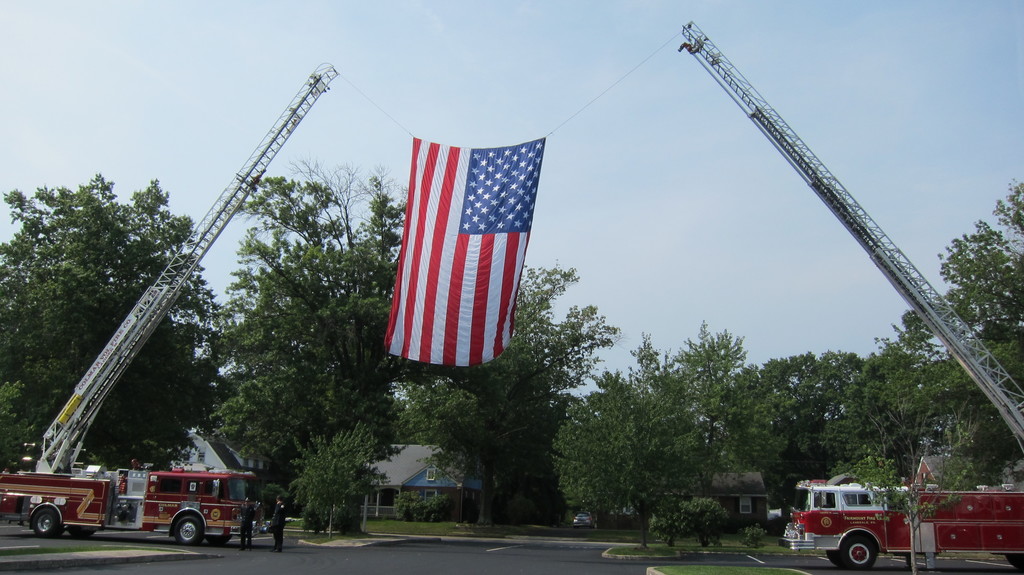 Ask any seasoned firefighter whether firefighters drink more than average, and you’re likely to get largely the same response.  Usually some form of gentle deflection, or a sheepish acknowledgment, or perhaps a wry joke.  They might even laugh in your face.  What they’re thinking - and what most experienced firefighters will recognize - is that firefighters are far more likely to engage in chronic excessive drinking.

If you’ve been with your department or crew long enough, you probably know “that guy” or “that gal” who enjoys their drink after work.  In fact, you might know a few.  You might find them sloppy drunk at a party.  They might constantly be inviting everybody else out to their favorite watering h***.  This is the individual that can’t wait to get off their shift so they can head straight to the bar, or back home to a bottle.  After all, not all alcoholics are forthcoming about it - they might just be doing a better job of hiding it.  If you’re thinking, “That’s crazy - my department has higher standards than that,” the odds are good you’re wrong.  This individual could be somebody you know very well.  It could be one of your supervisors.

Of course, on many crews and in many departments, this archetype will not be unfamiliar at all.  Many programs endorse a “Work Hard, Play Hard” attitude.  Drinking is, more often than not, seen as an aide for team bonding.  It will most often be present at work-adjacent social functions.  Heading to the bar after a long shift will not be frowned upon, and may even be encouraged by the supervisors.  Alcohol consumption may even be a rite of passage for rookies and new hires. 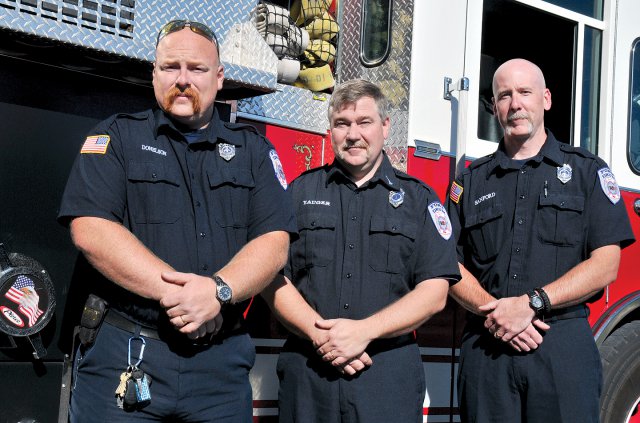 This attitude - the “Work Hard, Play Hard” mentality - is very pervasive in firefighting, and also extremely dangerous for mental health.  Alcohol is one of the most dangerous drugs to abuse.  Besides the obvious risks of showing up to work drunk or hungover, alcohol has more insidious effects.  Unlike most other drugs, the withdrawals from alcohol can be fatal.  Moreover, the long-term effects are extremely unpleasant.  Brain damage and memory loss are certain - undesirable traits for firefighters, who must pay attention to detail and think on their feet.  And although alcohol may reduce stress in the short term, it also causes anxiety over time - not something you want when your job is already often highly stressful.  There are physical risks as well - hugely increased the rate of cancer, for one.  It also lowers your natural testosterone levels and is full of empty calories which result in a “beer gut” and reduces your performance potential.

And yet, firefighters continue to drink.  The NIH lists the average rate of alcoholism in Americans as being around 15%.  However, studies suggest that the rate of alcoholism among firefighters may be much higher - up to around 30%.  The fact is, many firefighters view it as a coping mechanism.  It allows us to cope with the trauma that we often face on a daily basis - trauma that, in many cases, will harden into PTSD.  It makes it possible to wax over underlying mental issues that we may not be able to face - issues like anxiety, poor self-image, and depression.  It helps us relax after a rough shift.  It acts as “social lubricant,” making us more gregarious and friendly with our peers, even if we don’t feel particularly comfortable on the inside.  Sometimes, opening up to others can seem like weakness.  Firefighters are tough, stoic, capable, blithely unconcerned with trauma.  Alcohol makes us feel that way, even when we can’t quite convince ourselves it’s the truth.

If you think you or a friend may be an alcoholic, there is an easy way to test.  Ask yourself, or your buddy: has anyone lately expressed concern about how much you drink, or have you felt guilty about it?  Have you tried to cut down on your drinking, and failed?  Do you find yourself needing a drink to feel normal - to “get steady” or as an “eye-opener”?  Have you found yourself hungover at work?  If any of these sounds is painfully familiar, you may be at risk.

Many firefighters are perfectly willing to stare down a 4-alarm blaze or a running crown fire but will make any excuse to avoid having a tough conversation with a co-worker.  You need to live up to your ideals of integrity and compassion and bring up your issues in a private, calm setting.  Some alcoholics can self-correct, and the jolt they get from somebody else voicing their concerns may be enough on the right path.  Others, however, will need professional help.  It is not your duty to fix them - in fact; you may end up destroying yourself, as well.  A good way to tell is to ask your friend to stick to a plan of reduced drinking - for example, if they drink a bottle of wine every night, ask them if they would be willing to cut down to a half-bottle a night.  Urge your friend to seek counseling if they are unable to meet this reduced quota.

Alcoholism can seem like an inescapable pit - you drink to feel normal, you do things you regret, then you have to drink to forget.  But you always have the option of only giving it up.  You never have to take another drink again, if you don’t want to.  This can be harder to grasp for some younger firefighters, who feel they need to “keep up” with the older and more experienced people.  But nobody wants a coworker who can’t be depended on to get their back - which is exactly what you will become if you can’t focus or handle yourself because you need a drink so badly.  Fire culture is gradually coming around to recognize the dangers that alcohol can pose.  Do your part by drinking responsibly, and helping your peers to overcome their difficulties without resorting to self-medication. 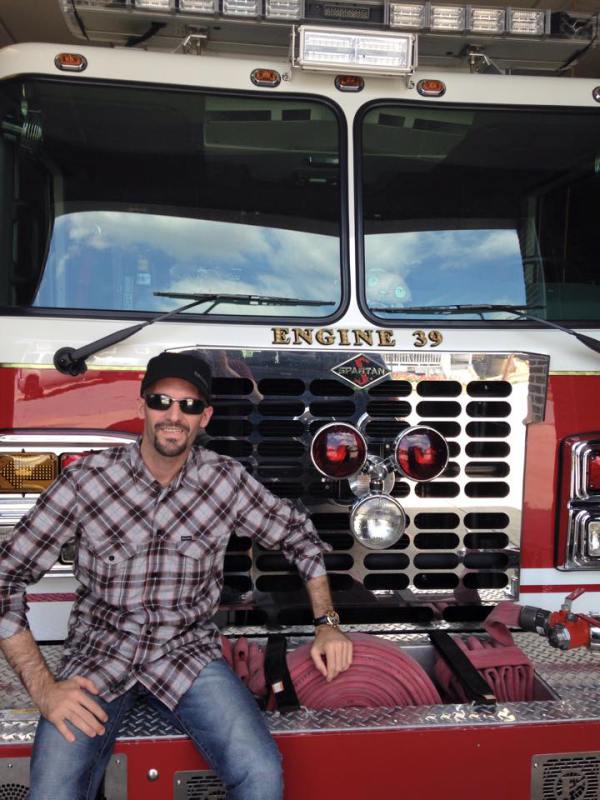 Mark Lamplugh is a fourth-generation firefighter and former captain with the Lower Chichester (PA) Fire Company. Mark is President of the board for the Institute for Responder Wellness.  Mark owns Influence Media Solutions  which is his own Marketing, Public Relations, Digital Marketing, Branding, Business Development and Social Media company. He advises companies such as Fountain Hills Recovery & Lionrock Recovery about first responder programs.. He just published his first book “Beginners Guide to Digital & Social Media” which is available on Amazon. Mark is a professional advocate for the behavioral and mental health of firefighters and other first responders. He’s been involved in the creation of several responder specific treatment programs and is one of the leading experts in bringing these programs to responders.  Lamplugh hosts his own talk show called "Firefighter Wellness Radio". He has published dozens of articles on responder wellness topics and is recognized by the American Acadamy of Experts in Traumatic Stress. He has helped hundreds of responders with getting help for behavioral & mental health issues. He can be reached for comment at ceo@influencemediasolutions.com

How Not to Get Killed as a Division Chief

In Their Own Words: Don Abbott on Project Mayday