PPE for your Mind

PPE for your Mind

As firefighters, we face a multitude of stressful events each and every shift. Sometimes they’re physical stressors like lifting or climbing. Sometimes they’re mental stressors like sights, sounds and smells at a traumatic scene or feelings of failure when we can’t intervene in time to save someone. Fortunately, the human body is designed to handle stress, even when we over-stress it. 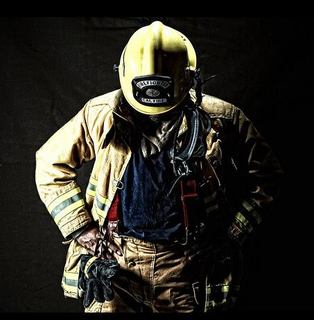 If we over stress a physical part of our body, let’s say a bone, the bone will break. We make the logical choice and go to a physician to have it set, put in a cast to hold it in place and give it the appropriate time to heal and rebuild the bone.

If you choose to neglect those needs it likely won’t heal correctly. Of course we can discuss many other factors like nutrition, surgical intervention etc. but the point is: attention and good choices will lead to correct healing.

I’m going to propose we look at our mental stressors the same way. After all, our body and mind are connected. Science has provided many studies to prove the connection. But if you want to save some time and still need proof, here is a fun experiment. Consider at the next major incident, you’ve been asked to speak on camera to the media… Now, imagine your response.

Feel that gut turning, cold sweats and panic setting in?

Almost everyone gets the butterfly feeling (or worse), even though not one physical thing changed. Your body reacted to just a thought.

So lets go back to that mental stressor, and consider what you’ve seen. Consider what you think and how it made you feel. That is what Doctors are calling an Operational Stress Injury (OSI). It may be small like a scratch or it may significant like a broken bone. Either way, it needs to be acknowledged and treated. Here is where I think we run into issues. When you have an OSI from a really bad call, you don’t look like you have an injury. You know the ones…“those calls”. In my world I measure them by the “ugh” factor. When I was a captain at my station, they were flagged by the words “that sucked”. Your OSI isn’t obvious, but your sympathetic response is! It could possibly be at max but more likely at “operational level”. Although it’s not your emergency, essentially your body thinks it’s under attack. When the incident is complete, you’re required to return to the station, complete reports, restock and prepare the apparatus for the next call.

What does that mean?

Zero time, effort or thought is given to treating your OSI and others may not know you have it. So what happens when the next call comes in? You begin your response from a higher sympathetic response state and the accumulation affect begins.

What if we just assumed that any call that the average person would consider icky, sad, a tragedy, gut wrenching etc. caused us an OSI and we took the time to decompress and activate our parasympathetic response? Self care!  (see big, crazy, bold statement at the end).

What if we had open dialogu e about these types of calls before they happen and we create “language” that works for us, so we can discuss it with our peers? Crew care!

What if Chiefs, Captains, and Supervisors recognized the need for, and provided training on how to decompress and move back and forth between sympathetic and parasympathetic response? Then they provided time and encouraged us to use it.

Does anyone feel it’s possible we could keep some of those OSI’s from becoming chronic conditions or disorders?

Here it is: My big, crazy, bold statement:

“Breath training should be mandatory for all firefighters”

Much research has been done on the autonomic nervous system, and I’ve spent the better part of the last 5 years reading and filtering the data. Bottom line…We can control our sympathetic response through breathing. Navy Seals do it with two different types of breathing practices: Tactical Breathing during operations to throttle the response, and Box Breathing to recover after and return back to baseline. They do it because they often work on a finite amount of air in an IDLH (Immediately Dangerous to Life or Health) environment.

This article was written by The First Twenty Firefighter Functional Training Panel guest blogger, Deputy Chief Rob Martin. Deputy Chief Martin works in an urban fire department in Ontario Canada and is a passionate advocate for Integrated Healthy Living. As a firefighter he encourages a balanced approach where Functional Movement, Nutrition and Mindfulness are the fundamental building blocks for staying Fit4Duty. @Fit4Duty101 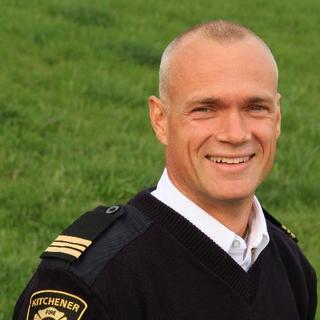