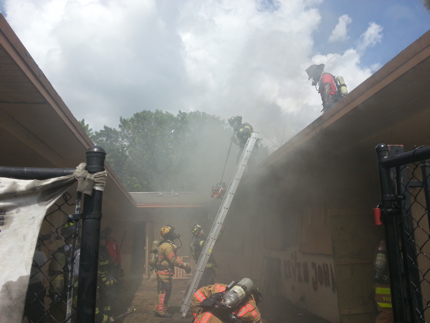 Then one day, everything changes.

Something happens, and your world is turned upside down. What you were once so sure of seems to have abandoned you, leaving you wondering if you were ever that “good” at your job. Your breathing becomes accelerated at times, and the anxiety builds. Your ability to do the things you once were capable of doing without effort is gone. You begin to avoid certain training exercises, maybe even making excuses for your newfound “weaknesses”.  Eventually you develop destructive habits, and you become unapproachable.

Then your armor cracks.

According to researchers, these are not isolated occurrences. They are very common in law enforcement, the military, professional sports, aviation, and the corporate world…and the fire service is not exempt.

Maybe it is just a bad experience, and not a tragedy. Maybe you barely made it out of the hallway into the stairwell as the floor flashed or a ceiling collapsed.  Maybe you were pushed too hard in training as a recruit, and an existing fear developed into a platform for anxiety. Regardless of the reason, if this condition is left untreate 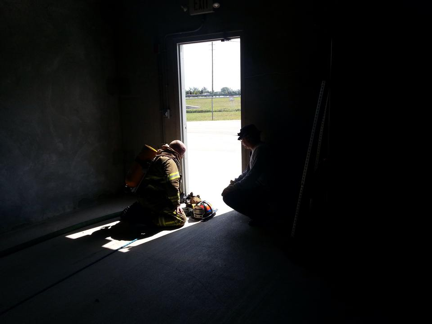 d, it can overtake you. Exposures to tragedies have side effects, and one of those is called Post Traumatic Stress Disorder (PSTD).

PTSD may lay in wait, dormant until the right set of circumstances show up. When that “vehicle” shows up you will be hit by a most unpleasant set of side effects.  They range from depression to suicide and all points in between. PTSD will leave you doubting that you were ever any good at this job, or anything else for that matter. It can be emasculating; and for type-A personalities, that is a potential death sentence.

So, how do we address the monster within, whether it is in ourselves or someone else?  Being functionally fit for duty encompasses much more than your physical abilities, and one of the most important ways to reduce the potential for PTSD starts at the training academy.

Training is where you develop skill sets; battles of attrition are where you test your skill sets. Confusing these two concepts will lay a solid foundation for failure and all the side effects that come with it. The bottom line is: There is a difference between teaching firefighters viable skills that are developed over time and pushing unprepared firefighters beyond their limits to survive extreme situations in realistic surroundings.  It is only once skills are learned and the process of mastery begins, that you should confront endurance (testing).

If you have no experience in boxing you would be living outside of your mind to step into the ring with a professional. Starting with the basics first (hand positioning, posture, throwing a basic punch, generating power properly, etc.), teaches you fundamental skills and builds confidence. As you refine these skills, more can be added to increase your effectiveness. And so it goes; the process of training first then testing has begun. Eventually, with time and practice, you will develop into a boxer that may have the potential to rise among the ranks of your colleagues. The process of learning to be a firefighter is no different.

We can equate this example to any of a number of basic firefighter skills. Once we master the basics, we move on to the more difficult. Whether it’s climbing ladders, conducting vertical ventilation, or making an interior fire attack, we must train for success, not to scare or intimidate. We must train to build confidence and trust, not bring into question a firefighter’s abilities before he or she ever leaves the training ground. It’s true that in most cases, eager firefighters are out to prove that they can handle anything.  But, they must be molded, trained, observed, and evaluated under a multitude of conditions over a long period of time in order to develop well-placed confidence. Functional fitness is so much more than being physically fit for duty. We must also realistically prepare our firefighters for battle in terms of mental toughness and confidence as well as hands-on skills if we want them to remain mentally healthy and fit for duty. 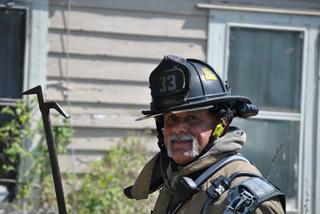