As a follow up to the “Revenge of the Nerds” blog from November, I wanted to clarify my position because there have been some out there in the Social Media world that have been critical of the blog and many others that took offense to it. It was not written to offend anyone or to drive a wedge between the two sides. In the past there have been many one-sided comments made on current fire service culture. It’s similar to our current political ideology in this country. The Left Wingers say what they want and no one challenges. Then the Right Wingers speak up, challenging the traditional ways of the fire service and the personal attacks begin. The previous blog was an attempt to speak up for the “Nerds”. It was written to defend the social media attacks against the firefighter safety research. Frankly, if you were offended by the “Revenge of the Nerds” blog, maybe you should take a look in the mirror. Now before we head down the path of he said, she said, or “I’ve been doing this for years” claims, take the time to formulate your own opinion by thoroughly evaluating the research and opinions from both sides. You may conclude that the two-sides aren’t that far apart. We have many of the same goals.

A quick review on the core of our mission as firefighters:

Life Safety- None of the research has ever stated that Life Safety was not a priority and that it should be placed as a secondary notion. Before we start throwing out numbers about U.S. civilian fire deaths and claim that if we don’t go interior for the victims, more civilians will die, let’s be fair and talk about Firefighter Deaths too. While these following numbers only pertain to the FDNY, it’s important to note that if you do the research, it’s likely you’ll find similar results across the country. It doesn’t matter if you work for a department with a staffing of 10 or 10,000. We all have the same issues and need to learn from each other in order to progress. These numbers came directly from FDNY Capt. John Ceriello who did the research on his own departments Firefighter Deaths from 1985-2010. Please remember that the deaths of these firefighters were not in vain and they died true heroes while performing their sworn duty. From the years 1985-2010, there were 44-FDNY firefighter deaths. On these particular fires, there were ZERO civilian fatalities. Only one civilian rescue was made while a total of 44-firefighters died. Of the 44 firefighters that died, 14 of them were caught in an uncontrolled Flow Path. In comparison 1958-1983- The War Years ('66 to '77-w/ approx. 3 to 4 times the number of fires) being sandwiched in the middle, a much larger number of FDNY firefighters were killed but only 4 were caught in the flow path. The reason for this can be debated however it is NOT solely bunker gear!

Incident Stabilization- This is an immortal quote from Lt. Andrew Fredericks “If you put the fire out right in the first place, you won’t have to jump out the window”

There couldn’t be a more telling quote that simplifies the goal of extinguishing fires. If we have to jump out the windows because of a flashover, we can’t rescue the civilians! We’ve learned that putting water on the fire with an appropriate stream only makes things better. There are definitely some questions that still need to be answered and those questions will be tested in detail during the upcoming UL-FSRI Fire Attack Study in 2015.

Property Conservation- By getting water onto the base of the fire quickly, property loss is reduced. Also- if we learn to control our ventilation openings rather than break every window in sight, we will limit the air to the fire. Fires like air, and when they get the air that they want, they have the potential to kill civilians and firefighters

There is currently a gap within the fire service and it appears to have been created from the misinterpretation of the research. The gap starts with those that have never heard of the research or the resistant ones that will likely never apply it and spans all the way over to those that have created overzealous policies based off of the research. Research based tactics are another tool in the toolbox and we should use it at as such. It’s not possible to test every scenario that could occur on the fireground. In my opinion, if applied correctly, the research will make us a Smarter, Safer, and a more Professional fire service. We need to stop trying to discredit it, and at the same time not give it too much credit. Let’s have the C O U R A G E to find a balance. 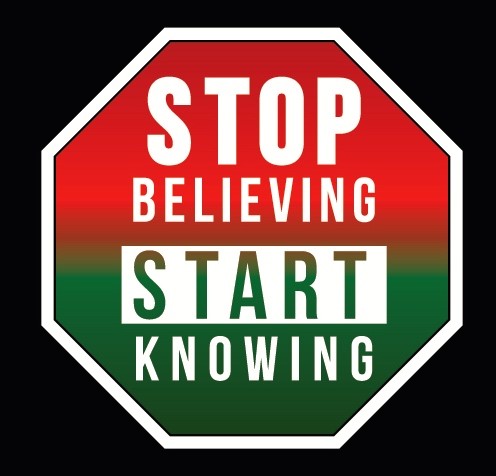 John- Thanks for taking the time to read it. We have some work to do but I believe that if we keep progressing. Most of this will work itself out. This is an exciting time!

Sean, I agree about closing the gap, our elected officials have maintained a partisan gap and have become, in popular opinion at least, ineffective at some levels.  Thank you for having both the insight and courage to point this out.