Taking a Lesson from "Realty TV"

While I was watching the show Surviving the Cut the other night that highlighted the rigors of the training that the Nightstalkers (160th Special Aviation Regiment) go through, I had an epiphany, or at least I drew a corollary principle for what we should learn from this training in the fire service.

The show portrayed the completion of a hellish, multiple-hours long training session that spanned from mental and physically demanding tasks to ultimate culmination in a nighttime march in full gear. The stress and rigors of their training would be our snot-slinging working fire that demands every ounce of your physical strength and mental focus.

Once the finish line was crossed, in this case their barracks, the candidates were lined up and asked the simple question: “Is every one of the members of your class present?” This would be the equivalent of the accountability report we must give when we reach certain time benchmarks in an incident, change strategies (i.e- offensive to defensive), or reach our finish line, which is when we exhaust our air supply and must exit the IDLH. The depleted and drained Nightstalker candidates responded back “Affirmative”, hoping that the answer would lead to a break and some well-deserved rest. With “Affirmative” spoken, they were then told to turn around and face the memorial located behind their formation that had been constructed to honor all the fallen members of the regiment.

There, standing with hoods over their heads and grasping the P.O.W. / M.I.A. flag, was the class leader and the second in command of their unit. As if in unison, all of the candidates’ heads dropped forward, grasping the reality of their failure to account for their brothers in battle. Their failure was marked by the fact that the two who had been unaccounted for were what you would envision as the most obvious, the class leaders.

This gut-wrenching feeling of inferiority was followed by a thorough verbal reminder by the C.O. of the failure to complete the most basic and fundamental rule to ‘never leave anyone behind.’ Even in the face of exhaustion or simple complacency you must be your brother’s keeper. You must not lose your mental focus in the face of depleted physical strength or the mere taste of completion.

The punishment for their gaff?  They were required to assume a squatting sitting position, grasp an imaginary letter in their hands, and repeat verbatim the letter the C.O. had prepared. The letter he wrote was to the family of the now dead fellow soldiers. In it, he explained that there would be no husband coming home, no father to watch the children grow up, and no son whom the parents could hug proudly. Lastly, the letter explained they would not even have their loved one’s body to bid farewell, providing at least some measure of closure. Instead they could only grasp a memory. The exercise led these hardened men to break down in tears, surely questioning their commitment and ability to carry the name of the unit.

So, where is the parallel to our fire service?  It is Everywhere! A factor in almost all line of duty death reports is the lack of “Accountability”. While this can be from a hardware issue, such as the absence of an accountability system, it also covers lack of accounting for your fellow firefighters in harm’s way. On paper it seems senseless that a causative factor for the death of one of us could be that we did not account for each member of the crew during the heat of our battle – fighting fires. If we remove the hardware issue and look at the ‘human’ side of this issue, one can surmise quickly that the linchpin for us is the Officer (Engine Company, the Truck, Rescue or the Incident Commander.)

How often do we see firefighters promoted to an Officer’s position because they have a wanton desire to be able to adorn themselves with the prestige of the gold badge and not because they want accept the entire breadth of the Officer’s responsibility. Or we see Officers who confuse proper aggressive firefighting with poor tactics applied in a rapid and uneducated manner, demonstrating they really only wanted to be the first in so they can walk out with a charred helmet. The aggressive officer is one who moves with purpose, that purpose being to always ensure his brothers and sisters are measuring their risk (i.e., not safe but prudent risk-taking based upon competence and mastery) to complete the job they took an oath to do. The question that each firefighter who crawls down a hallway belching black smoke, or the Company officer who makes the decision to enter the basement fire with his crew, or the Incident Commander who decides to go “offensive” is this: “Have you prepared yourself and your members for the firefight?” 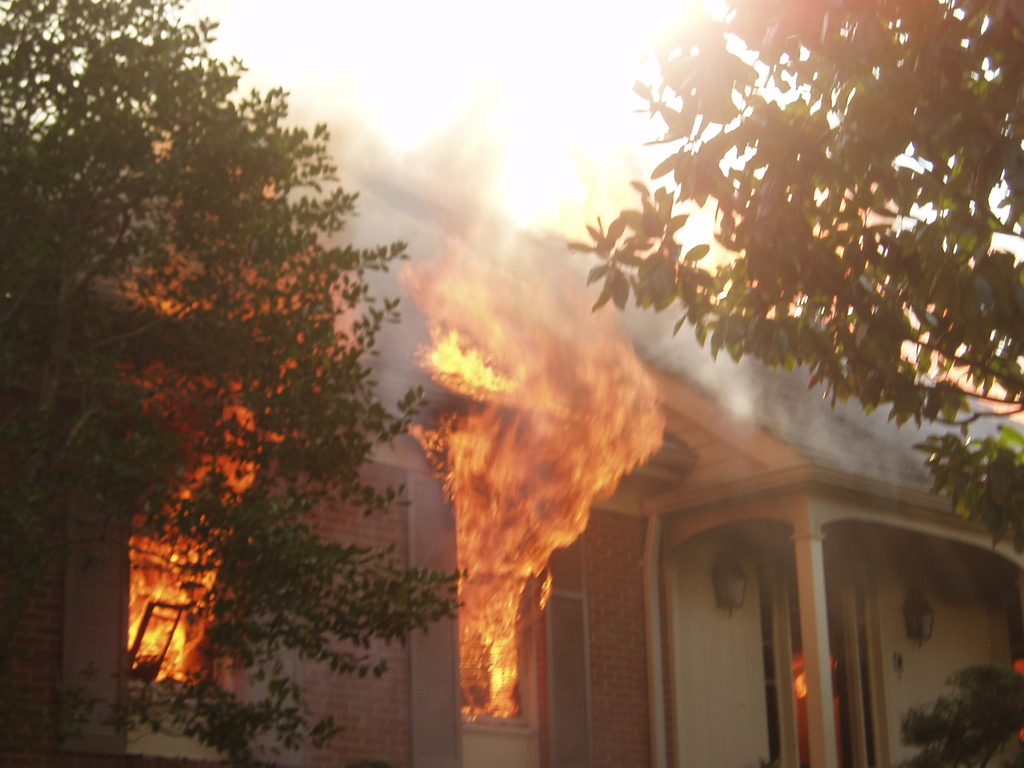 This preparation is not merely how to pull a line or conduct a primary search; have you also:

If not, then you have demonstrated that your commitment to “no man left behind” is skewed and you do not mind writing the letter like the candidates in Surviving the Cut.Every officer is charged with responsibility of making a decision on the fireground, a decision that not only mitigates an emergency but has a direct impact on their firefighters. While General Powell was referring to military operations, his doctrine applies in our trade, “Do not put your people in harm’s way for unclear purposes.”

Officers must consider the time when they may have to pen that letter to their fallen firefighters family or look the family in the eye and deliver the heart breaking news. If that unfortunate situation occurred, would you feel as though you had done everything in your power and ability to prepare and train your firefighters? Have you prepared yourself each and every day to recognize hazardous situations and mitigate them correctly, or do you rest on the reputation of your rank that was chiseled by your predecessors?

The clearest sign of true servant leadership is selflessly exhausting yourself to teach, train, and lead those under your command. While our job is inherently dangerous, no measure of this danger excuses leaders from preparing themselves and those under their command to adequately face that danger.  If you need a reminder, consider what you would do and what you would say when you have to face the family of one of your own on the day of their greatest loss.

Great post Dan. I agree with Bobby and Larry. We are a para-military organization and there are lots of valuable lessons to be learned from our brothers in the military. "The clearest sign of true servant leadership is selflessly exhausting yourself to teach, train, and lead those under your command." Well chosen, powerfully written words my friend. Great job. Thanks for sharing.

Great thought provoking article, it disturbs me when I hear people say that we are not a paramilitary organization. Your article confirms that in fact we are and always will be.

Crew accountability and safety is key component to properly leading your troops. I was pain in the a** at times with my people in the IDLH. I would constantly talk to each and every one of them if they were not within my sight. In order to keep track of them, I would ask, “Are you okay, what you’re doing, what do you need?” Their safety was more important than the task at hand.

Being an officer is an enormous charge. A bad decision on your part can be deadly, not only to the citizens you protect, but to one of your own. You’d better be on your “A” game on every call, don’t become complacent.

Thanks Chief, fortunate for us these examples of leadership to emulate are present each and every day for us to adopt...especially when you have a personal story like yours. Thanks for sharing and the generous comments.

Dan, very powerful words and a great lesson in duty, loyalty and respect. I think there are many lessons other selfless services, military and law enforcement can share with us and us with them. We must remember this is Ranger training the “Night Stalkers” are a Ranger unit and they represent the best of the best. When it comes to Army values  loyalty, duty, respect, selfless service, honor, integrity and personal courage they are the real deal. My best friend Father John Carney retired 82Nd Airborne Ranger said it best “When people ask me what day in my life I am proudest of they always expect me to say the day I became a Catholic priest, but I tell them hell no, it was the day I graduated from Ranger school 9 weeks of pure hell”  Great post awesome lesson.