That is what I like to call the workers compensation system here in Illinois.

Blogger Alert: I want to be very clear that I am not singling out a particular segment of the workforce based on the links provided. My cynicism extends across the board. The term “union” appears in this article as an example of lobbying only. It does not reflect my view of unions either way, so save the vitriol.

As part of my job, I handle work injury claims for my company.…

A New Worry is the Same Old Story 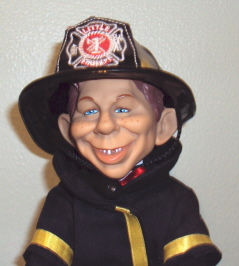