Policy, procedure or SOP changes can be written and put into place quite easily, but none of them really matter if the actual changes don’t take place out in the street, or worse yet, if internal resistance to the changes begin to unravel and destroy the organization. Changes in culture, or changes that require people to change what they believe, or how they think about a particular subject is much more difficult to navigate through.

History, as it often does, provides us with one of the greatest examples of change, led by arguably our greatest president, Abraham Lincoln. One of the most fundamental and important changes our country has gone through in its history was the abolishment of slavery, first through the Emancipation Proclamation, and then permanently with the adoption of the 13th Amendment to the Constitution. 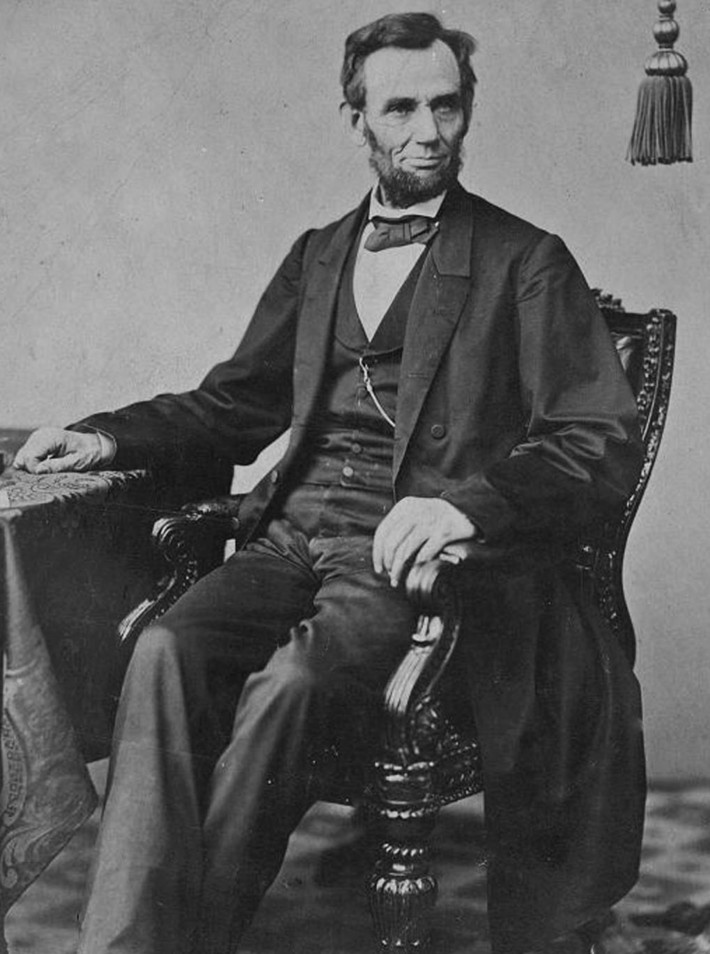 Even before the first shots of the Civil War were fired, many abolitionists in the north wanted President Lincoln to immediately outlaw slavery everywhere. Although Lincoln knew that the abolition of slavery was the country’s “True North”, and where we should go and must get to, finding a way to get there was a bit more complicated.

Early in the war, on August 30, 1861, one of Lincoln’s generals, Charles Fremont, without authorization from Lincoln, made a proclamation freeing the slaves in the state of Missouri where he was then in command. Lincoln quickly revoked the proclamation and removed Fremont from command. If Lincoln believed in the abolishment of slavery, why would he revoke Fremont’s proclamation? At that time, so early in the war, Lincoln was worried that moving so quickly towards emancipation would destroy support for the war in the north with those who saw the war’s purpose only as restoring the Union, not the abolishment of slavery. Lincoln also feared that this would push the border states of Missouri, Kentucky, Delaware and Maryland, who were then still a part of the Union, to secede and join the Confederacy. This would undoubtedly result in the North losing the war, the destruction of the Union, and the continuation and likely spread of slavery.

Lincoln knew that to lead the country through the change of abolition of slavery, he had to find a way to turn up enough heat to prompt the country to support that change, without turning it up so high and so quickly that it would result in loss of the war, which would also result in loss of his ability to abolish slavery.

On Sept. 22, 1862 following the Union victory at the Battle of Antietam, Lincoln issued the Emancipation Proclamation. The proclamation, however only freed slaves in areas where the Confederacy was still in control, and excluded the border states. Lincoln framed this action as a necessary military measure to win the war and preserve the Union, thus avoiding the widespread resistance and adverse consequences mentioned above, and at the same time reshaping the course and reasons behind the purpose of the war to both preserving the Union and eventually abolishing slavery. Lincoln was turning up the heat enough to cause change by giving the war new meaning, but at the same time, not making it too hot, which might have resulted in defeating the purpose of creating change in the first place. It also brought those in the North whose purpose for fighting the war was to preserve the Union, closer together, and in support with those who saw abolition as their purpose. It allowed them to find common ground and create a united front.

Lincoln was also aware of the fact that in order to permanently complete the mission of abolition of slavery forever in the United States would require a constitutional amendment. The Senate passed the 13th Amendment in April 1864, but it found more resistance in the House of Representatives. One of the congressional leaders, and a passionate and outspoken proponent of abolition, Thaddeus Stevens, wanted and proposed more than just the abolition of slavery. He wanted full and immediate equality for all former slaves and African-Americans. Although Lincoln was in favor of the ideal of freedom and equality for all, he knew that level of heat and stress at that time was too much, and would probably cause the defeat of the 13th Amendment by those in Congress who were fearful of that much change all at once.

The movie “Lincoln” in 2012 highlighted this conflict between Lincoln’s management of national change and Steven’s desire for immediate overwhelming change that threatened to defeat the ultimate mission, and the purpose of changing in the first place. The opportunity to move the country forward was in that moment, and if not managed successfully, it might be short-lived and never come again. View a clip from the movie of this exchange between Lincoln and Steven’s here: Lincoln and True North

In one particular portion of the conversation, Steven’s makes the argument that the country must know and achieve its “True North”, the attainment of both freedom and complete equality no matter what the consequences. While Lincoln agrees on what “True North” is, he also points out the difference between knowing “True North” and actually being able to get there. Lincoln states, “A compass, I learnt when I was surveying,... it'll point you True North from where you're standing, but it's got no advice about the swamps and dessert and chasm that you'll encounter along the way. If in pursuit of your destination, you plunge ahead, heedless of obstacles, and achieve nothing more than to sink in a swamp... What's the use of knowing True North?” (Kushner & Goodwin, 2012).

Ultimately, Stevens understands and the House of Representatives passes the 13th Amendment with just over the 2/3rds majority needed. Although slavery was permanently abolished, the cultural change and national challenges of achieving true equality went on through the next century and continues today.

Creating and managing change in any organization, especially the fire service which is often said to be characterized by “150 years of tradition, unimpeded by progress”, can be a difficult minefield for any leader to navigate their people through. Why do people resist change?

People don’t typically resist change due to the change itself, but rather resist due to the fear of losing something dear to them as a result of the change. Resistance to change is often due to fear of losing such things as seniority, benefits, position, status, power or authority. In the fire service, there may be a perception that change will alter what the definition of a “good” firefighter is within a particular organization, resulting in the fear of losing the respect of others. Resistance to new procedures or policies, or resistance to training on new concepts in emergency operations may challenge the confidence senior members may have in their experience and the respect they gain from their seniority. They may fear the perception that they are being told that for all those years they have been doing it wrong.

The leader’s job is to not only identify the need for change, but to also successfully manage the organization’s journey through the change process. Initiating change requires the leader to clarify the purpose of necessary change, acknowledge the difficulty of changing, and then create enough stress, or heat, about the change that it prompts people to move towards change at a rate they can deal with, while supporting them in the process.

The book, “Leadership on the Line” states that the leader must keep stress at a productive level, and monitor the group’s tolerance for taking heat. Raise the heat enough that people sit up and pay attention, and deal with the real threats and challenges facing them. However, the heat must stay in a tolerable range – not so high that people demand that it be turned off completely, and not so low that they are lulled into inaction (Heifetz & Linsky, 2002).

We will never be able to get a group of people to the top of a mountain, if we cannot convince them to climb the first ten feet. The only constant in the world is change, and we must be ready to lead an organization through it.

CHRIS LANGLOIS is a Battalion Chief with the Omaha (NE) Fire Department serving as the Chief of the Safety/Wellness Division. He is a 32 year veteran of the fire service serving in volunteer, combination and career fire departments in both Louisiana and Nebraska, the last 19+ years with Omaha Fire. In Omaha he has served as a firefighter/paramedic, engine company Fire Captain, Training Officer, Chief of the Training Division, and now the Safety Division. He holds an Associate Degree in Fire Science, a Bachelor Degree in Public Fire Administration and a Master’s Degree in Executive Fire Service Leadership from Grand Canyon University, as well as being a graduate of the Executive Fire Officer Program through the National Fire Academy and designation as a Chief Fire Officer (CFO) through the Commission on Professional Credentialing (CPC). He also operates the Facebook page, “The Fire Service Leadership Project”.