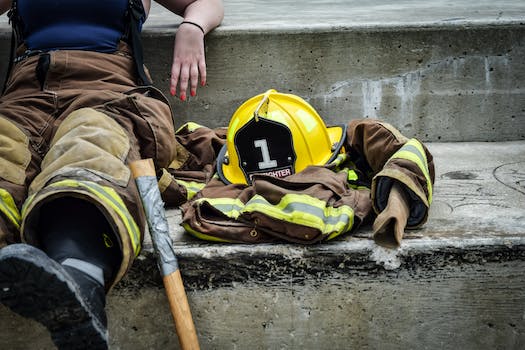 Never being particularly fond of PPE, my opinion used to be "if it happens, it happens." I've got a booster line, two guys who have been on the job forever and these fires are a dime a dozen. Push comes to shove I spend a little time in the burn unit at MUSC (There's no longer a burn unit).

Then one day, while training at the drill tower with PPE on, an ember went down my back because I wore my collar in much the same fashion as Elvis. , The Captain in the other engine company we were drilling with, quickly stuck an 1.5 nozzle down the back of my bodyguard coat. He was always, and remains, one of the finest fire officers I've ever met.

The burn was minuscule and less than heat I'd felt at structures fires but that night, listening to the other guys snore in quarters, it dawned on me that my wife would have to look at a disfigured human being if I kept on ignoring what was obvious; wear the equipment.

It seems rather ridiculous that  firefighters are still running around fire scenes half dressed. Of course they often see their chief officers half protected and think, why not? A firefighter told me a few days ago, when asked why he was photographed with his suspenders hanging down, that it didn't seem important.

Asking him what would happen if his suspenders, hanging below the coat, were to become entangled, he replied he would be with others but he didn't sound very confident. After a minute of me laughing he said, "point noted."

Taxpayers pay for equipment. When they don't everyone moans. Yet, look at fire scenes and witness the lack of gear. No helmet, no gloves (Oh, you burned your hands!) and some wearing shorts and a t-shirt; Is Jed Clampett in charge?