You’re rolling around in your bunk. Your weary eyes gaze through the gloom to your digital clock - 3:00 AM. You turn again and sigh. One minute, you’re too hot and kick at your sheets. The next, too cold. You can hear your buddy snoozing on the other side of the room - why can’t you be like him? You know a call could come at any time, but you try to force that thought from your mind. You need rest. You screw your eyes shut, and immediately the day’s events start playing over again in your head. What could I have done better? The mistakes of today and past days swarm around you like specters. That’s when the call comes. Sirens are blaring, you lurch into wakefulness, staggering exhausted to the next crisis. Increasingly, people in our modern society are facing longer commutes and more work hours, resulting in less sleep. The effects range from more auto accidents to more illness, but the rigors of firefighting place even greater demands on the human body and mind. It’s no secret that firefighters struggle with sleep. A combination of factors conspires to rob firefighters of needed rest. First, there’s the nature of the job itself. Constant calls and the structure of many shift schedules preclude the possibility of sustained, regular sleep. Then there are the mental factors: anxiety, stress and, in many cases, PTSD collide to keep firefighters restless and wakeful.

Lack of sleep has serious effects on the body and mind. These effects are particularly worrisome for somebody engaged in a high-risk, high-demand occupation like firefighting. You can function for about 16 hours without sleep before the adverse effects become noticeable. After that, they start coming fast and get progressively worse. As sleep deprivation sets in, changes in brain activity occur, particularly in the pre-frontal cortex (which is responsible for reasoning and high-level thought). However, the rest of the brain is also affected. The motor skills begin to suffer, causing increased clumsiness - not something anyone wants when operating dangerous equipment or navigating a burning structure. The brain starts to experience lapses in functionality, which causes a host of problems including reduced reflexes. In effect, everything begins to take longer. Memory becomes poorer - you might forget critical steps like chocking your vehicle’s wheels. Also, your ability to learn is greatly decreased. You will be less able to grasp new situations and take in new information. You may also become more emotional - if you think a medical call to a high-speed accident is bad, just wait until you’re already on the ragged edge before you even get there. Your decision-making capability is reduced, with a marked tendency towards impulsivity. One study showed a 6.5% decrease in brain functionality amongst people suffering from even mild sleep deprivation. This may not sound like much, but in the world of firefighting, it can be the difference between life and death. In fact, if you get only 5 hours of sleep, your risk of mortality the following day is increased 15%. Bear in mind that these statistics are based on a typical American life. Less research has been done on the effects of sleep deprivation for riskier jobs like firefighting, but it is easy to extrapolate that the danger is much higher. 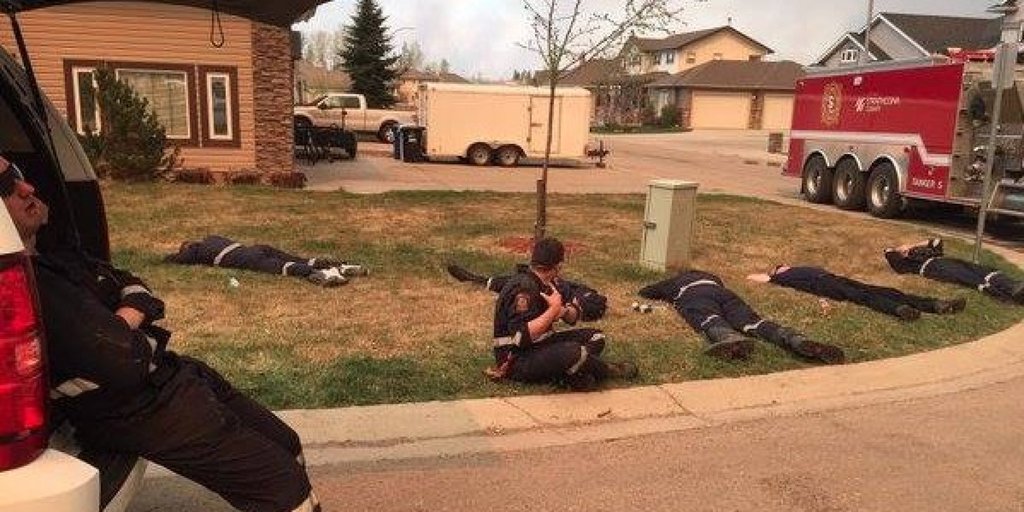 There are some factors contributing to firefighters’ often-chronic lack of sleep. The most obvious are the nature of shift schedules. Most departments in America work on a 24-hour shift system. For those unaware, this means that firefighters are on duty for 24 hours, then get 48 hours off. Depending on the location and other factors, they might not get a single call for those 24 hours, or they may be battling blazes the entire time. Also, sleep may constantly be interrupted by calls. Sleep needs to be continuous to recharge the body and mind. If sleep is always interrupted, the memory is being jarred between a state of rest and a state of wakefulness. This back-and-forth inhibits proper rest and can be almost as bad as no rest at all.

As we learned, 16 hours of wakefulness is the cut-off after which performance begins to suffer. However, a full 8 hours of sleep is just not possible in many situations. In some cases - particularly in wildland firefighting - firefighters may also be forced to work overtime to contain fires, sometimes extending as long as 48 hours. Ideally, firefighters would be able to catch up on sleep during their rest days. However, sleep deprivation doesn’t work that way. You can’t stay awake for a week and then “recharge” entirely on the weekend. Although getting extra sleep after a long shift does help (and is, in fact, necessary), the effects will persist even after that. Decreased functionality will continue, sometimes for as long as a week or more. And then, of course, the following week may bring even more long shifts and sleep deprivation. The effects continue to get worse and worse over time, causing chronic fatigue and even mental illness.

The psychological factors that contribute to a lack of sleep cannot be ignored. In addition to the complications that arise from the schedule, many firefighters carry emotional freight that can interfere with sleep. Among these is traumatic stress - both primary (PTSD) and secondary (compassion fatigue, etc.). One of the markers of these disorders is the fact that they interfere with sleep. Chronic nightmares are a major indicator for PTSD, and many sufferers may intentionally or subconsciously delay sleep as a way to avoid those dreams. Also, anxiety and constant readiness are common symptoms as well, and trauma sufferers may be incapable of relaxing to the point that they can sleep comfortably. Even when they do, sleep may be disturbed by sudden waking and nightmares. The brain may be inhibited from fully relaxing. Even among those who do not suffer PTSD, anxiety and chronic stress are common among firefighters and make it hard to effectively “wind down” at the end of the day. Firefighters stay keyed up, with the next call in the back of their mind - sometimes even on off days. 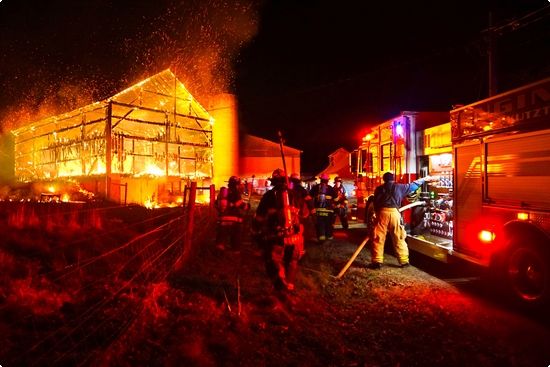 It is important to maximize the periods in which you can sleep. When winding down at the end of the day, try to avoid spending time on the computer or phone. Set a consistent bedtime for yourself, and avoid screens for an hour beforehand, if possible. Sleep in an entirely dark and cool room, using curtains if necessary. A simple oscillating fan can help keep you cool and provide white noise. If you find you have trouble sleeping, meditation is a practice that has helped millions of people. Above all, avoid alcohol. It may help you get to sleep, but your sleep will be far less productive, and you will wake up sooner than you would like. The result is that you will often be more tired when you wake up than when you went to bed. It is critical to care for yourself so that you can function effectively, and care for others in your daily life. 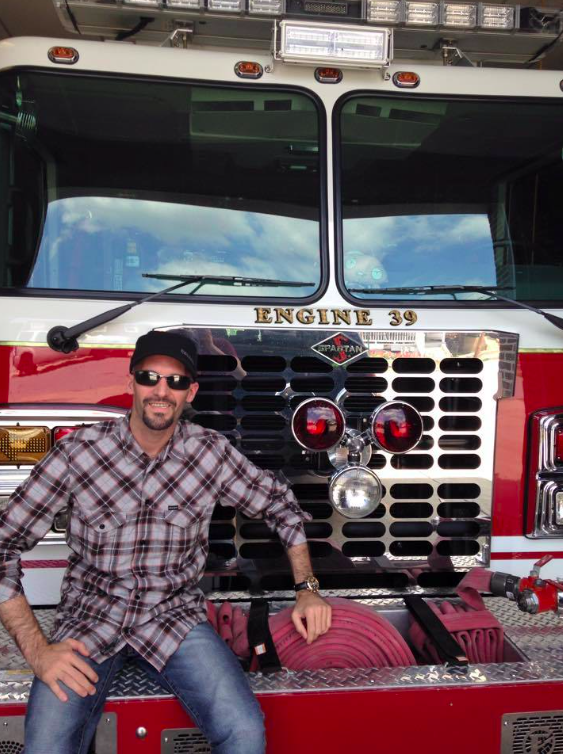