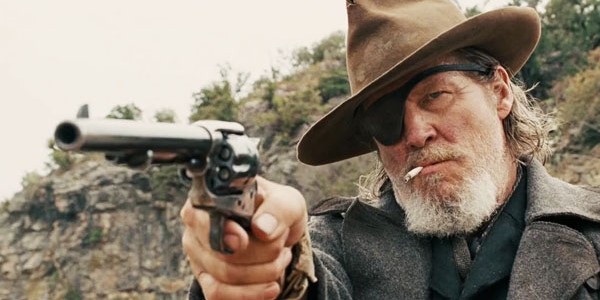 A lot is written and talked about how the Company Officer is the backbone of the American Fire Service. I believe this to be true although I am always quick to point out at the same time that we need soldiers too, and a good senior man in particular is invaluable. But the Company Officer holds a special place upon which much depends. In many ways, they hold in their hands the balance of the success or failure of their particular Company.

Also, a lot is written and talked about regarding the need for Company Officers to be leaders and to have character. Again, I agree with this. Who wouldn’t? But I propose that the most important characteristic for a Company Officer to have is tactical competency. If you’re going to lead other members into battle, you have to know what you’re doing. Leadership and character are important. Competency is more important.

As an example of the primacy of competency, I submit Rooster Cogburn from the movie “True Grit”, played by either John Wayne in the 1970s or Jeff Bridges in the remake of a couple of years ago. Rooster Cogburn was a U.S. Marshal but he was also ornery and was a drunk. Now these are not virtues to be imitated, in fact, they are vices and should be avoided, but Cogburn’s most important characteristic was that he was tactically competent – he knew what he was doing. He could shoot. He could ride hard. He could track outlaws. He could stay alive and keep those with him alive, even in the harsh environment of the wild west or during a gunfight. What he did off duty when his character flaws were manifest was less important than what he did on duty. When he was on duty he knew his job and he did it well.

A Company Officer needs to know how to force a door, get a chain saw started after it’s been flooded, and be able to open a roof. He has to be able to push down a tough hallway. He can’t be the first one out of air, or have to leave because of a mask problem. He must be in reasonable physical shape. He’s got to know building construction, fire behavior, how to read smoke, and be proficient with a thermal imaging camera. He’s got to know what to look for during a 360. If the pump operator can’t get water, the Officer has to know how to correct the problem. Now, a big part of his job is to teach these skills to his members and in many cases the members are the ones who should be performing these tasks with the Officer right beside them supervising and maintaining situational awareness. But in the moment, when it’s on the line, he’s got to be able to perform tactically if called upon. The members that are with him are depending on his competency and they want to know he is competent. He’s got to be able to do what he asks them to do.

Returning to character for a moment, it is my experience that most competent Company Officers do have character and thus are leaders. In our job, if you love it and are good at it, almost naturally you have character. In a nutshell, this job is about putting others first – the epitome of character. Turns out the competent Rooster Cogburn did have “true grit”. He rescued Maddie Ross from the snake pit she had fallen into (competently rigging a rescue rope!), rode all night with her until the horse could take no more, then carried her until she reached a doctor. He even stayed with her until she was out of danger. All evidence of his character, but first he was competent. He knew what he was doing. That was the foundation of his success. A Company Officer should have character and be a good leader but he’s got to be a competent fireman first.