“I Shall Not Tell a Lie” – Honesty in the Fire Service

“I Shall Not Tell a Lie” – Honesty in the Fire Service

Every year around the annual Presidents' Day holiday we are inundated with images of former presidents George Washington and Abraham Lincoln. These men serve as beacons of early American history and shining examples of our country’s best leaders. However, I always get mixed up on which one of them chopped down the cherry tree, and then admitted to their father, "I shall not tell a lie." Some quick googling reminded me that it was George Washington. However, Lincoln is often referred to as "Honest Abe" so, it seems that they were probably both very honest guys. Both of these legendary American presidents understood that honesty was an important virtue. 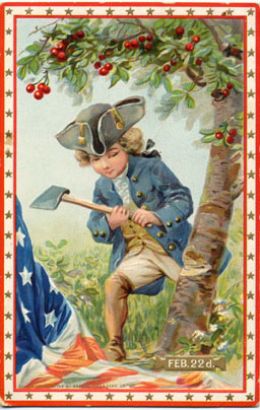 In the fire service the relationships that we develop with our coworkers are one of the most valuable assets we can have. We must totally trust each other. We live together, eat together, sleep together, work together, and at a moment’s notice we could have each other's lives in our hands. The bond between firefighters is strong, it is truly a brotherhood. However, this relationship can be fractured or permanently damaged through dishonesty. As I have often stated, every time those overhead doors go up, we may never return. We must have total trust in our fellow personnel.

Now, let me be clear. I have heard many a lie told at the kitchen table in the firehouse. Seasoned firefighters telling war stories where the fires of yesteryear get bigger and bigger every time the details of the fire are told. We have all heard a fellow firefighter telling his coworkers about the time he caught a fish THIS big. Our stats from our high school football days as well as our dating conquests from our youth are often exaggerated. But, these are not the lies I am talking about.

As a Fire Chief there have been a few times over the years where I have received a call asking about a misplaced item, lost jewelry, or a wallet of an EMS patient. When these questions are asked, I should never for a second, hesitate to think that one of our personnel could have taken an item such as these. And thankfully, that has never been the case. But, what if there was an employee that had been proven to be untruthful? A firefighter who has been caught in lies in the past? Once that trust is broken, it may never be earned again. My firefighters have heard me say many times that I would much rather them just come in to my office and tell me the truth. If the first words out of your mouth are, "Chief, I really screwed up really bad…" whatever comes next can usually be resolved. But no matter what, don't lie about it. Trust me; you will most likely get caught and make things far worse for yourself.

Falsifying your time records. Calling in sick when you're not really sick. Saying you checked the rig when you really didn't, marking forms "complete" on hydrants, and other equipment without actually conducting the maintenance are all examples of firefighter dishonesty.  Over a period of time a firefighter who conducts himself like this soon earns the reputation of being untruthful, dishonest… and to put it bluntly, a liar.

Firefighters can forgive for many things. We all screw up. We lose our tempers, make mistakes on the fire ground, or say something we regret. Most of the time a quick apology and a couple of days off usually puts these instances behind us. But lies are different. Dishonesty will permanently stain your reputation. In my experience I have found firefighters to have very long memories when it comes to people who lie. In the fire service, honesty is always the correct route to take. Even if you feel embarrassed, or ashamed; tell the truth. It's not always easy, but it is the right thing to do. You may actually score points with your fellow coworkers when they see that you actually have the courage to admit when you have made a mistake. Choosing to tell a lie could damage your career beyond repair.

If you plan to try to climb the leadership ladder within your organization, the quickest way to fail is to be known as someone who cannot be trusted. Gaining the respect of your fellow firefighters as you take on a new role or promotion is difficult enough without having to deal with firefighters who can't trust you because of your past behavior.

I know this may seem very simple. Don't lie. Tell the truth. These are lessons we teach our children. Although the concept may seem extremely simple: in my experience I have seen firefighters stumble and fall due to their dishonesty. Many of them are never able to recover.

As the father of Americas volunteer fire service, Ben Franklin, is quoted as saying, "Honesty is the best policy."

Joseph Kitchen, OFC, is the Chief of the Bath Twp. Fire Dept. (Lima, Ohio.) He began his career in 1990 and has served as fire chief since 2002. He holds degrees in EMS and fire science, and in 2012 was named “Fire Officer of the Year” by the Ohio Dept. of Public Safety. Follow Chief Kitchen on Twitter @chiefjoekitchen and visit his department’s website at www.bathtwpfd.com