Addiction and Helping A Struggling Firefighter

Addiction is a mental disorder which affects millions of Americans across the nation. Addiction is characterized by a chronic inability to refrain from behavior which is harmful to the addict. The user feels a compulsion to continue engaging in this behavior, despite repeated bad experiences. Often, the addiction, in fact, continues to grow out of control, with the addict taking increasingly greater measures to ensure access to their preferred method of stimulation, and willing to accept higher risks. In the end, the user often needs to engage in this behavior to feel normal. Although it is possible to be addicted to many forms of behavior - including sex, gambling, and risky driving - this article will focus primarily on substance abuse. Ultimately, it is not just the addicts themselves who are affected. The families will often suffer just as much, or even more. As firefighters, we are often very close to our brothers and sisters in the department or crew, and it can feel like a family. It stands to reason, therefore, that something that affects one firefighter can influence the entire team. Every firefighter needs to be on the top of their game, and if they are constantly keeping their eyes on their next fix, that simply won’t happen. Every firefighter needs to be able to rely on one another, because lives may depend on it.

Alcohol is by far the most common substance of abuse for firefighters. Access to other drugs is often restricted due to periodic drug tests and the rigors of the job. Perhaps for this reason, alcohol is seen as acceptable by fire culture. In some cases, alcohol consumption is even actively encouraged by overhead. This often ties in with the extremely pernicious “work hard, play hard” attitude. This attitude is often a shorthand way to tacitly condone substance abuse, as long as it doesn’t interfere substantially with work performance.

This is an unhealthy way to think. Although alcohol consumption feels good in the short term, you only feel good as long as you stay drunk. Once the pleasant effects of drunkenness start to wear off, the unpleasant effects immediately kick in: anxiety, depression, regret, moodiness, irritability, impaired thinking. These effects will get worse and worse the longer you keep maintaining a large level of alcohol consumption, and will eventually become semi-permanent. This is in addition to the numerous physical side-effects of alcohol, which inhibit the body’s performance and ultimately make for a less active firefighter. 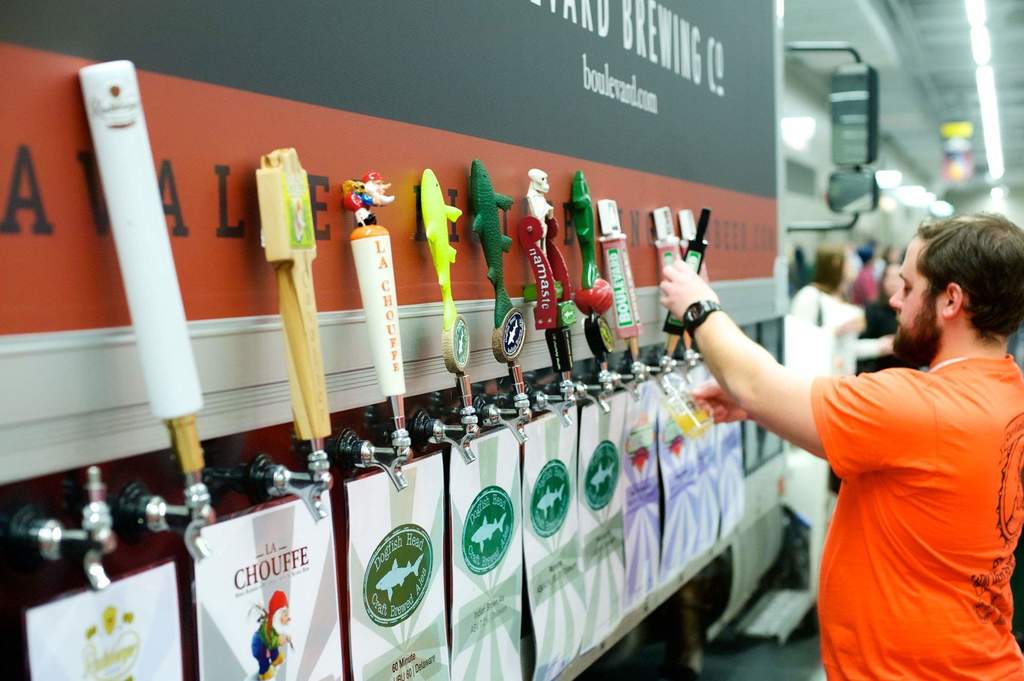 Although other drugs are less common, they are certainly present. Prescription drug use continues to rise in the U.S. Firefighters who suffer an injury may develop a painkiller habit. Some firefighters are prescribed tranquilizers such as benzodiazepines (Xanax, Alprazolam, Ativan, Clonazepam) to combat PTSD or severe anxiety. These seemingly-helpful pills are extremely addictive and can be fatal. Another common drug amongst firefighters is Adderall or other ADD medications like Ritalin or Vyvanse. Firefighters take these drugs to help them stay focused and alert during long shifts, but use can quickly spiral out of control and cause harmful side-effects.

Although the most prominent symptom of addiction is an inability to stop taking the substance, it can be a fine line between normal use and abuse, and some firefighters may be able to hide a substance-abuse problem successfully. You may begin to notice a change in a fellow firefighter over time who has an unknown substance abuse problem. Apparently, signs will vary depending on the substance. There are also some signs that are universal.

Some signs to look for include continuing use of the substance even after health problems or social problems occur. For example, a firefighter may be reprimanded by his superior for showing up to his shift hung over. And yet, that same evening you see him at the bar. His dentist may inform a firefighter that he has severe gingivitis, and yet he continues to chew tobacco every day. You may also notice withdrawal symptoms, particularly as the day wears on. A firefighter with an alcohol addiction may become withdrawn, jittery, irritable and unable to focus as the close of shift rolls around. They may snap for no reason or express an intense craving. As the addiction persists, these problems will become more severe. The individual may start shaking, sweating, or even suffering seizures. In extreme cases, death can result. 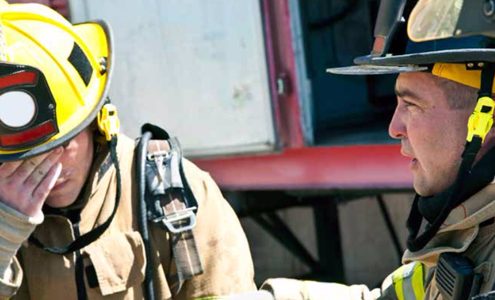 The individual may express that they have issues in their relationship or with their families, as an indirect result of their substance abuse. Another common sign is when the individual avoids social obligations that will not have alcohol or provide an opportunity for them to use their substance of choice. You may notice them taking risks to obtain their substance, such as driving drunk too or from the bar. And one of the most visible signs - particularly for alcohol abusers - is excessive consumption. If somebody is routinely drinking them to black-out state, it may be time to have a talk.

What You Can Do to Help

Sometimes, chat with a well-meaning coworker or friend can be the wake-up call that an addict needs to start getting their life back on track. It doesn’t need to be a formal intervention - if you cared about your coworker and worried for their health, bring up your issues in a private, calm setting. It can be very stressful for a firefighter to do this for a friend, but it is the right choice. Leadership often means making an uncomfortable choice, and as firefighters, we are all leaders. The community looks to us as exemplars of human virtue, and it is our duty to live up to their expectations. Start by caring for each other. 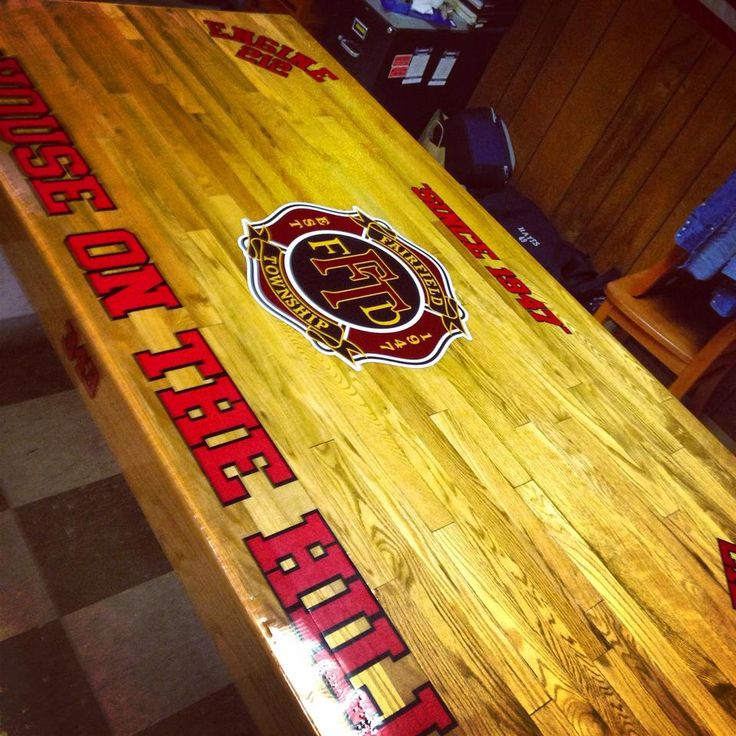 Ultimately, however, it is not your responsibility to “fix” a fellow firefighter. An addict can only change if he or she truly wants to. If your informal “intervention” doesn’t help them and they continue to fall back into the same patterns of behavior, urge them to speak to a mental health professional. These individuals have the training necessary to take on the burden of somebody else’s addiction. Try to be patient with your friend or coworker - it may take several episodes of abstinence and relapse before they can kick the habit for good. It can be frustrating, especially because addicts often lie or hide their problem, but in the end, your friend will thank you.

By standing together, we can aid our brethren who have fallen under addiction’s spell. Nobody needs to suffer; families need not be torn apart. Talk to a friend, supervisor or counselor today.

Mark Lamplugh is a fourth-generation firefighter and former captain with the Lower Chichester (PA) Fire Company. He is the Chief Executive Officer with 360 Wellness Inc. (www.360wellness.org) and a Executive Director of the Frontline program with Sprout Health Group (www.frontlinerehab.com). Lamplugh is also nationally recognized in Crisis Stress Intervention through the American Academy of Experts in Traumatic Stress. He has helped hundreds of firefighters, police officers, veterans, EMS personnel, and civilians nationwide find help for addiction, alcoholism, PTSD, and mental health support. He can be reached for comment at mark@360wellness.org.

Mark - I sent this out for all of our staff to read. Nice job. Thanks for posting.

In Their Own Words: Josh Burchick