The engine rounded the corner on a quiet ride back after a late Sunday run and as the new firefighter looked at the rows and rows of "old" buildings he asked the acting Lieutenant what was on the corner vacant lot now filled in with gravel and weeds, "I have no idea kid, let's worry about dinner" was his quick response back. The rest of the day went by quietly and the young firefighter forgot about his inquiry, a week later the crew was fast asleep in their recliners and the young firefighter was playing around on his tablet when the tones dropped for a fire in the 300 block of Broad Street.

As the crew arrived they found heavy smoke and fire showing from a three story ordinary constructed building built in the 1890s right next to the same vacant lot the kid asked his acting boss about, that conversation was furthest from everyone's minds as the crews went to work, as the fire progressed crews were withdrawn and command advised the young firefighter's company to set up a big line, the acting Lieutenant had the crew place a master stream in the handy vacant lot on the bravo side.

As the crew joked and occasionally snapped photos with their phones for Facebook a large and thunderous collapse occurred sending masonry and debris down the young firefighter while shaken up was unhurt along with the rest of his company but was searching for why the collapsed occurred. Corner buildings beware!

To understand possibly what happened one must understand how many Type III legacy buildings were built, they were constructed to adjoin each other utilizing party walls, party walls are simply a single load bearing wall shared by two structures, when one building is removed the wall must stay as it supports the remaining building, however if the exposed wall is unprotected and pummeled by the elements it weakens, another issue can also be the neglect of properly sealing or parging the exposed wall, parging is a sealing used for brick walls where mortar is missing or deteriorated brick. Block walls that have settled or shifted, may cause a portion of the wall to separate from the rest. Once this has occurred the wall will no longer act as one unit.

The biggest lesson is when looking at your legacy structures, think about why there is a gap in the row of buildings remember that these buildings were most likely designed to be attached and when they disappear due to urban renewal or fires of the past its extremely important to remember that the support and party walls may be compromised and something called a "collapse zone" needs to be established and heeded by all.

Take a look at your buildings and if you have many blocks dotted by vacant corner lots stop the apparatus, grab your phone to snap a photo and study the building! 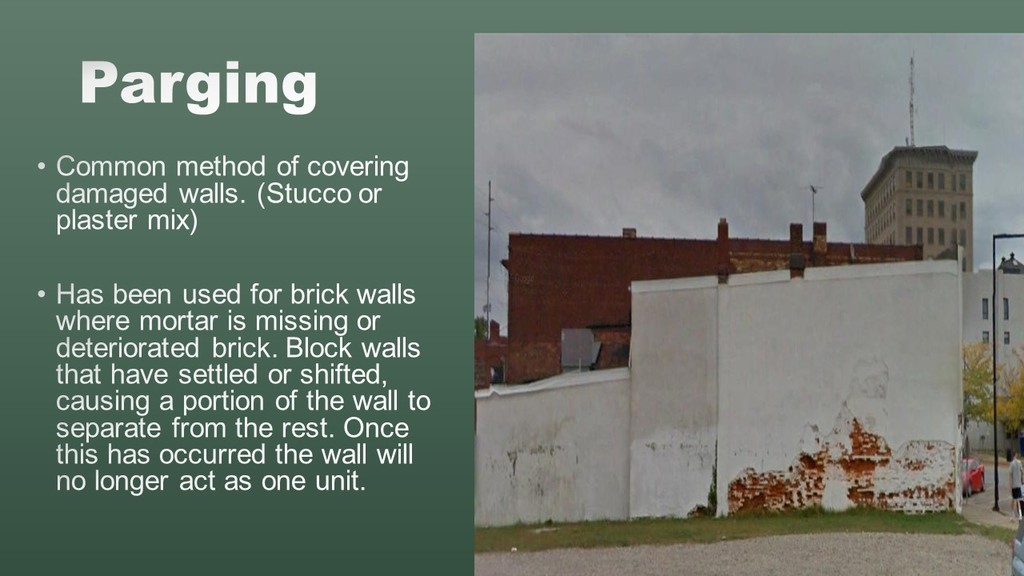 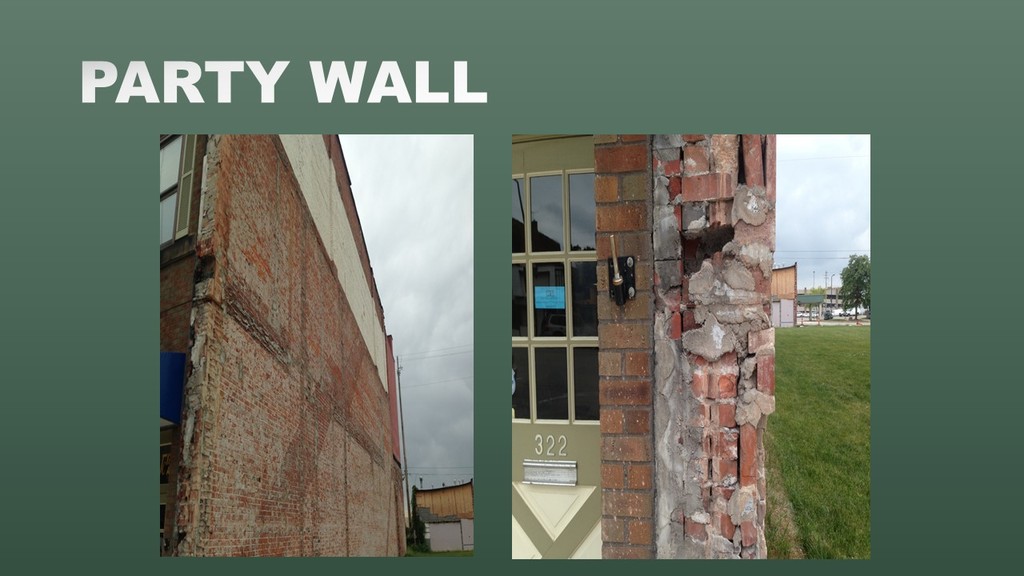 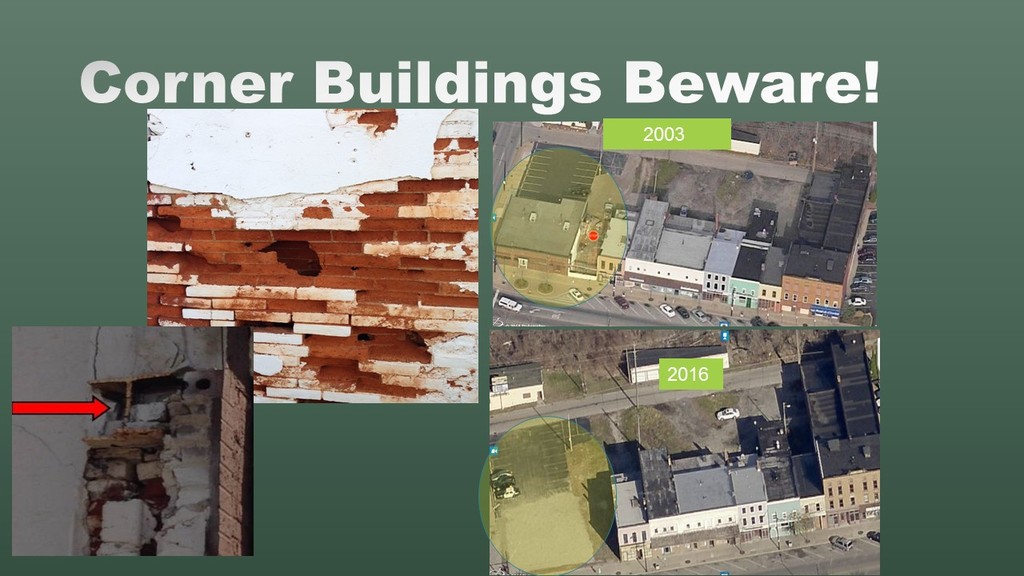 Corner buildings are susceptible to collapse, notice the exposed I-Beam supporting the second floor over time                new firefighters will come and go along with your legacy buildings look at what has changed in my response                    area in 13 years. Resist the temptation to spot apparatus or personnel in these areas.