A Different Kind Of Christmas Story 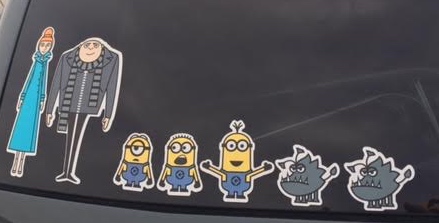 A Different Kind of Christmas Story

As Ted hustled up the short macadam driveway he could smell the unmistakable odor of a ‘job’. It was a chilly evening and he was riding the ‘barman’ seat on the ladder.  Above the wail of the other incoming first due apparatus he could distinctly hear the sounds of his married pro bar and flathead axe clanking together with each step. Likewise he could hear the sound of his unbuckled waist strap as it swung back and forth striking his Thermal Imaging Camera. As Ted approached the parked mini van his belt mounted hand light caught a reflection.  He paused briefly and as he reached back to turn on his SCBA cylinder he made mental note of the decal in the rear window…cute little stick figures…Dad, mom, three children and two dogs…”Damn!” he said out loud and quickened his pace. You see it’s 03:30…Christmas night… at the Smith residence.

Whether you’re working a nightshift, or a duty weekend or just bunking in to make the first out rig you know the real possibilities for this time of the year. You know that a residential building fire can be so much worse and that the loss of life is much more likely during the holidays.

My many years on the job proved to me that his time of year is not the same as the other 11 ½ months. It is a joyous time of family, love, sharing and giving. For many of us it is a time of celebration and festivities. Unfortunately, for a few, carelessness and poor decision-making turn holidays into tragedies. And too often for some it is a painful time of loss…human loss. The ‘job’ proved to me fire never takes a holiday.

When ‘barman Ted’ noticed the cute pictorial on the family mini van he knew from experience that if a family wasn’t waiting by the street light things were wrong…terribly wrong. Likewise he knew that during the other 11 ½ months this simple little decal might help him figure that he would be searching for five victims’…five souls who’s lives were depending on him knowing his policies and procedures. Five souls who were depending that Ted’s training would not let him down this evening. But in reality tonight Ted could be searching for 3 times that many victims.

From Christmas through the New Year holiday it’s not uncommon for households to double and triple in size as family and friends visit and stay over. Grandchildren having a sleep over with the ‘gram and pap’, older children & friends home from college and of course the out of town in-laws mean our search and rescue potential is through the roof. Have you ever given it any consideration? As a company have you talked about it? Consider your resources when you go on scene…an extra truck company or additional EMS…it may be too late if you wait to request them.

The residential building fire isn’t the only ‘killer’ during the holidays. Lets take for example the Carbon Monoxide dispatch to the ‘hypothetical’ building above. Five victims in an IDLH CO environment without any means of early detection would be devastating…but during this time of year the end result could be unimaginable.

In closing think about your searches before you have to perform them. Talk about those search protocols with your company members and make certain your search & rescue training is realistic enough to make a difference when you have to.  Remember the Smith Family…and all of their visitors are depending on you!

Merry Christmas & Happy New Years.  May God watch over all of you who are protecting your communities.