“Engine 1 is on scene confirming 123 South Front Street with a 1 story occupied row of stores. There is smoke showing from the Alpha/Bravo corner. We’ve laid out from the hydrant at Front and Wayne…we’re going offensive with a 2” in the end unit…Engine 2 pick up our hydrant and Truck 1 come North on Front and nose into Engine 1 and take the A/B corner…dispatch strike the Working Fire Box”

That is a Brief Initial Report (BIR) that every member who rides the front seat should be able to provide each and every time. The BIR or On Scene Report sets the tone and assigns a strategy with effective tactical direction. The BIR is also the perfect opportunity to set up the fire ground by positioning first due apparatus, because lets face it…there are no ‘Mulligan’s’ in firefighting.

If you thought that opening BIR was a mouthful go ahead and read it out loud. It doesn’t take as long as you think does it? Think about everything our Front Seat Officer (FSO) has said…every sentence had a distinct purpose. By providing a detailed BIR you position the first due apparatus, inform incoming companies of what to expect and position yourself to win this particular fire scene.

Standard Operating Guidelines/Procedures (SOG/P) should give members a good starting point when deciding the basics on where to position apparatus. The first in Engine Company should be positioned to extinguish the fire, usually on the Alpha side of a building.  If a Truck Company is on the first alarm box assignment it ideally should be positioned where it can operate to it’s fullest capabilities, usually the Alpha side as well. Simply said position your first in apparatus to accomplish what your initial size up requires. 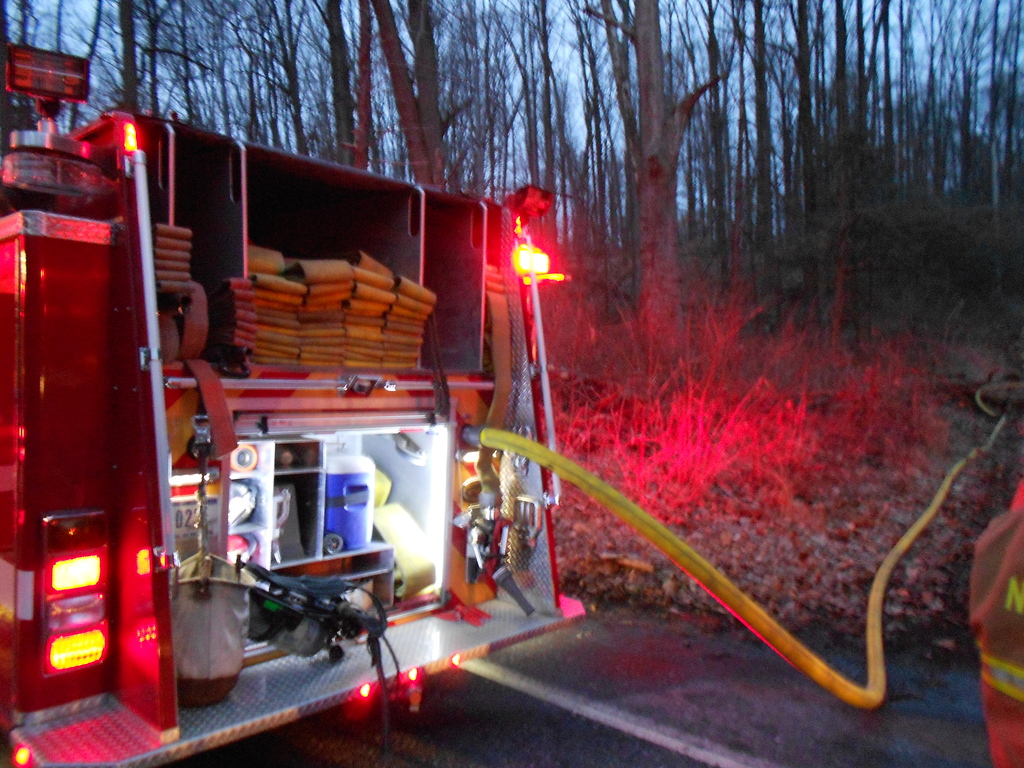 position. Finally make sure your policies and procedures give the front seat officer the flexibility to modify and meet any unusual conditions they may encounter as well.

It also starts at the apparatus training level. Assure your training practices permit FSO the ability to understand the strengths and limitations of their apparatus. Does you engine have ample attack lines off the sides or are they predominately from the rear? Understand your engine and that can only happen by getting the apparatus and members out ‘on the street.’

The Front Seat Officer must remember that they can create serious operational problems by improperly positioning of their own apparatus. If the first due Truck Company stows ladders from the rear compartment positioning the engine too close magically turns those life saving ladders into useless ornaments. I you position a Truck Company between your engine and the fire building your topside master stream will be rendered inoperable. THINK before you position.

The FSO role isn’t just to sit there and blow the siren and roll helmet cam footage. The person who has decided to ‘jump up and assume the seat’ has many responsibilities. The FSO has to assist the chauffeur in getting to the fire scene, helping with the route and if available looking for a positive water supply.  Once on scene and deciding what your company is going to do you have to position the fire ground and get ready to go to work as a company officer on the line.

The purpose of this article is to assist new and the inexperienced FSO with an understanding of how important their role is when assuming the seat. Our intention isn’t to make Command Officers out of the FSO but is to give them the necessary tools to set up the fire ground prior to the arrival of Command.

The FSO should only work with what he can see as a fact and use his knowledge and experience in an attempt to predict what will occur in the next five-minute block of time.

That’s why it’s called “THE SEAT”…it can be a busy lonely place but someone has to do it…if it’s you make sure you’re up to the task. Your company depends on you.