The Power of the Fire Service

A few weeks ago, I had the humbling experience to be part of a new theory developed by a local volunteer fire company. Colonial Park Volunteer Fire Company, PA., is an all volunteer organization being led by disciplined, energetic, and talented young firemen who want to make a difference for tomorrow. This inspirational group of Company Officers and Firemen decided to develop a mini FDIC in their own backyard; offering and delivering some of the best classes and instruction over a 3 day…

The Precise and Accurate Debate...There is no Blanket Approach

Yes, I am going to go down this road after not writing in quite some time. I am utterly disgusted with articles and bantering I have read on social media these past few weeks. I have also been made aware of childish acts to gain attention that certain "so-called" leaders in the fire service (as they call themselves) viscously react in a manner against the very own words they wrote about themselves in their published books.

Precision is being on point based on facts, and what brought…

There is "NO" Replacement

As I ventured to NYC last week to assist a fellow Chief Officer, I happened to message Lt. Doug Mitchell to see if he was on duty; figuring I would pay a visit since it's been a while since we talked. His relpy to me was simple...and it read "I am taking a class today, always a student." I cannot tell you how refreshing it was to see that message, and really got me to thinking about a comment that was made to me a while back after returning from a training seminar. I happened to take a 3 day…

Remind Yourself What You Stand For...

Collaborative efforts for organizational efficiency and effectiveness are a must in today's society. Business practices that once worked for an organization may not necessarily work today. For many years, we have been transitioning our organizations over to computers, GIS mapping software, new and innovative 911 alerting systems, and now web-based reporting programs that are being developed by firemen...for firemen.…

When I entered the fire service as a young man at the age of 15, I had no idea what the profession stood for...nor did I know where I would ever end up. As times have progressed, I have found myself needing to change with the times in order to adapt for the needs of training, education, and being a coach/mentor. We look at ourselves as professionals, and speak about being part of the best profession there is...which it most certainly is!

Fictitious San Francisco Police Inspector Harry Callahan coined a profound statement in the 1973 movie Magnum Force. His famous quote, growled from the throat, “A man’s GOT to know his limitations” has stuck with me since the first time I heard it.

In today’s fire service we should heed the Inspectors words while engaged in our daily effort to survive and defeat the Red Devil. All members of a company…

In today’s short-staffed and under funded fire service the demands and responsibilities of our members are many. As responsibilities go the Company Officer is the backbone of most incident operations.

The end result of any operation relies heavily on the performance of the crews operating on that incident.  Assuring proficient execution of the plays from the company playbook, or policies and procedures, is one of the Company Officers most…

“Engine 1 is on scene confirming 123 South Front Street with a 1 story occupied row of stores. There is smoke showing from the Alpha/Bravo corner. We’ve laid out from the hydrant at Front and Wayne…we’re going offensive with a 2” in the end unit…Engine 2 pick up our hydrant and Truck 1 come North on Front… 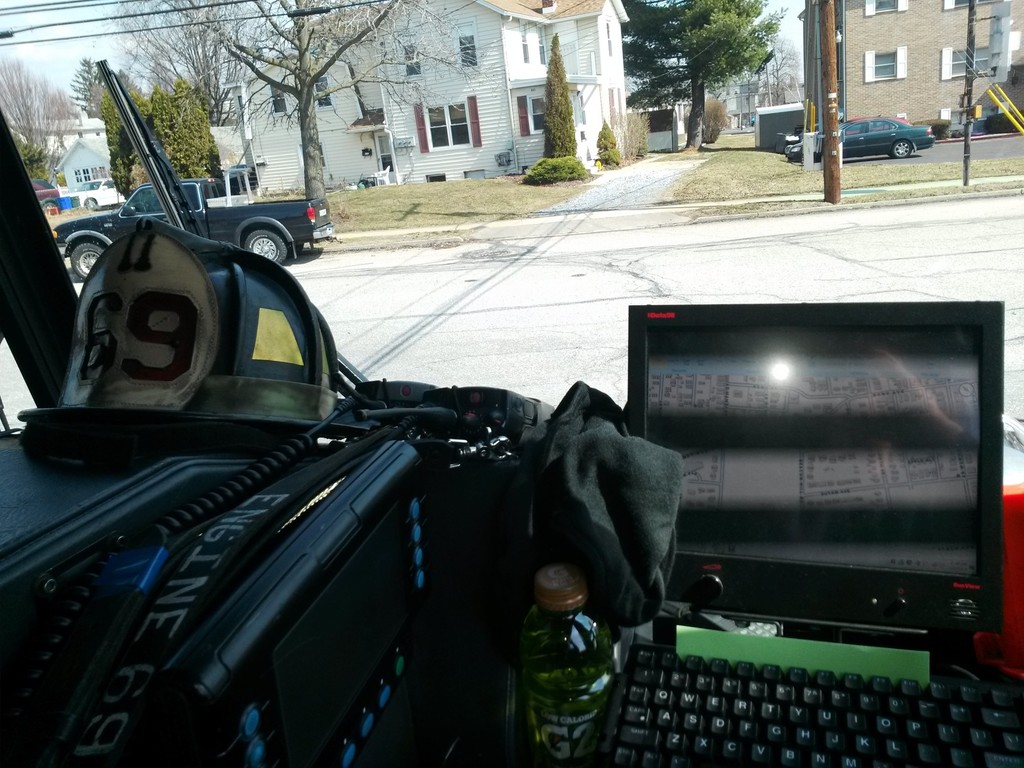 Just like any other position on the fire apparatus, responsibility and owning your position play a major part in the outcome of the incident or training scenario. We are seeing more and more younger fireman being promoted to the front seat rider as well as young volunteers being forced to ride "shotgun" due to low manpower.…

Leading From Inside The Fish Bowl

Reputations of fire departments are viewed by people based from many aspects in which each and every member has a part in. The most commonly viewed position of every fire department is of course the Fire Chief and how he/she reacts under certain circumstances. As with any business or corporation, recruitment and retention of quality personnel is one of the…

It has been quite a few years since I have graduated college with a degree in building construction design. As I was growing up, I was always swinging a hammer high up on the roof trusses.  Little did I know, how valuable the knowledge and experience on building construction materials, elements, and structural members would so relevant to my life long dream of firefighting.  So many debates on lightweight construction and the hazards we face on the simplest run, make you wonder what reaction… 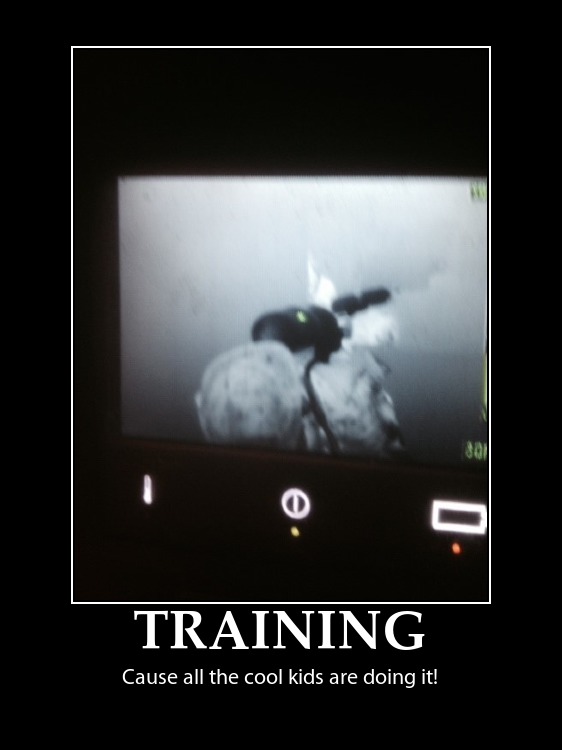 Branding Yourself...And What You Stand For" We have a standard we must adhere to in this business…and that is simply to prepare those who wear the uniform and donn the PPE every single time the bell rings. Those who call 911 are looking to us…

It’s not just in the fire service: It’s everywhere! We visit fire stations, talk to those around the country, and read about them every day. “This guy has a lot to offer” “She’s going to turn this department around” “He has 3 college degrees”.

I can remember working for a chief who was in the right place at the right time, but couldn't talk tactics with the…

The road to success can be a long and winding road of trials and tribulations.  The trials of everyday business can be rewarding at times, but can also emphasis our failures.  We often struggle to bind the large pieces of the pie together, without focusing on the small pieces first.

After many years of chasing our dreams to wear “White”, we are called upon to impact departments in a positive manner…(and I don’t mean trying to be everyone’s friend).  We are forever looked at to guide…

You as a human being can only take so much abuse or ineptitude from leadership (or lack thereof), before members of the organization begin to look elsewhere.  It is very disturbing to work in a fire department that is lonely.  You are probably asking yourself, what is he talking about "lonely".  Lonely fire departments lack quality leadership who show care for their members and the organization.  As with any organization, you do not need to hold a title or position to be a leader, but you…

Mental therapy for me is sitting around with the men and women discussing the "job" and how we can effectively learn from each run and training scenario.  As with any incident, the most rewarding time for the Incident Commander, Company Officer, and Chief is when the "team" executes every play from the play caller.

Training programs are essentially one of the most critical programs in any fire department.  Having a pro-active training plan can and will eliminate chaos on the fire…

I have recently been awarded my Graduate Membership from the Institute of Fire Engineers, and what a learning process it has been in regards to studying the fire service.  Much emphasis is placed on advanced studies and the compliance with firefighter safety and fire prevention.  Re-living previous studies and classroom presentations are a must in this business in order for you to progress as a firefighter, company officer, and as an incident commander.

There have been many arguments over the years, about what makes a fire department successful.  I can remember mornings at the card table, having conversations about owning the best fire apparatus, having successful fundraisers, issuing the best turnout gear, and owning a beautiful fire station, and at one point I believed that.  Though many people in today’s world feel flashy and expensive tools/equipment matter, it’s reality that those things are in my mind…the conclusion to… 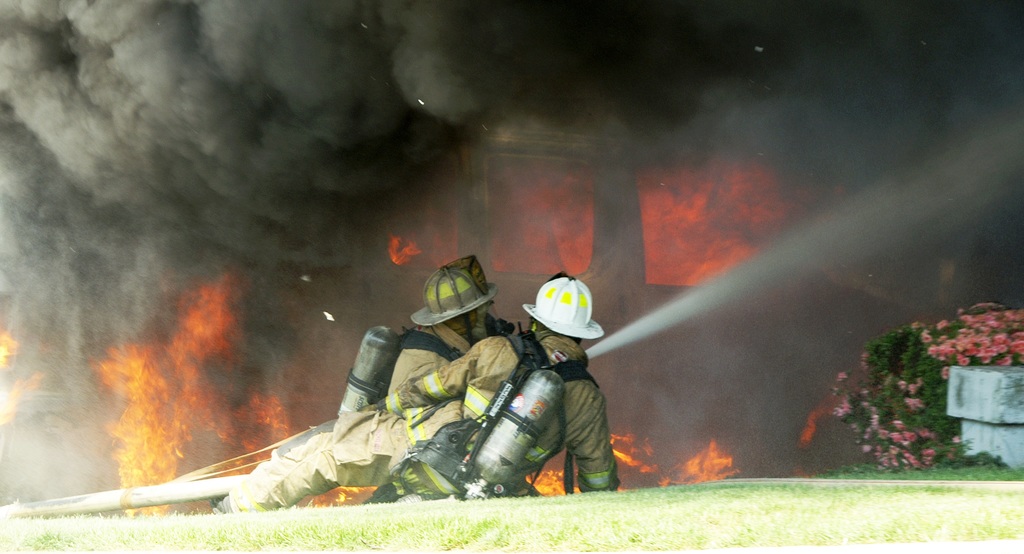 Each and every one of us comes from a different background, specializing in a different area of the greatest profession there is.  We can sit back and visualize what are strengths and weaknesses are, as well as where we would like to eventually end up in our careers.  No matter what part of the country your are from, our firefighters and leaders are subject to some of the…