Fire Departments can have the best apparatus, tools / equipment and still struggle to provide professional services to their community.  Why?  Behavioral modification or “learning” is a major component in preparing brothers for battle.  While we travel across the country providing some of the best training available to firefighters, we have noted that many fire departments have lots of technology these days.  This technology, especially in the thermal imaging arena

has provided firefighters with the opportunity to “see” again.  See in some of the most hostile fire environments ever experienced in the history of the service.  Training for the environment you are expected to work in is the only way to produce “Educated – Aggressive” firefighters.  If you were to ask your firefighters how does that little thermal imagining camera produce an image what would they say? We have found that 90% of firefighters, do not know how that image is really generated. From this data, we can assume that educational interpretation of images produced would be better supported with a good solid training program. Where do we start, well the end user should have basic knowledge of how a thermal imager works and understand the different technologies available to them from the industry. First point of business is we can honestly say that, “Not all TIC’s are the same”.

Image Production:  Firefighters must understand that infrared energy produced by a thermal imaging camera will be focused onto a focal plane array or (FPA). The electronics that are connected to the FPA is what fire service instructors 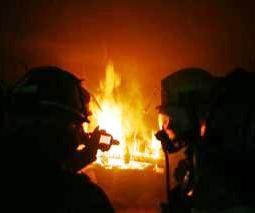 call the camera’s "engine".  The engine senses thermal energy through the FPA, then calculates the relative differences between objects and prepares that data for your eyes to view on a display screen.  There are three common types of engine technology used in fire service thermal imagers, the first being BST (Barium Strontium Titanate) technology. BST technology is the most common and is known for its past performance within the fire service. The next is VOx (Vanadium Oxide) technology, which is just one type of microbolometer. VOx microbolometers are now very popular in the fire service for their good quality image. The newest technology afforded to us is amorphous silicon (aSi), which is also another type of microbolometer and is well known for its compact size and relatively low cost to the end user. Remember with each of these you may find advantages to your specific organizational needs, as well as a wide difference in the costs associated with each internal technology.

Image Interpretation:  Firefighters commonly assume that what they see is smoke. Not necessarily true! Depending on the age and technology, image production can greatly differ. We often find that training on a new camera is done in environments that do not replicate real use.  Training firefighters to operate the camera in the basement of the firehouse with temperature ranges that are not insulting will yield false image interpretation under fire. Why? Because the camera and the firefighter were not subjected to thermal heat ranges that challenge the engine to produce the best image to be interpreted by the firefighter.  The FPA is comparing relative heat signature differences between objects within the camera view. The image of a chair may be depicted as hotter or cooler than other objects in the room dependent upon the proximity of the heat source and exposure time. You can not replicate that in the training room or out on the apparatus floor of the fire station.

If the camera is used in a good, solid training environment it will yield better decision making under fire. We talk a lot about “Training firefighters for the environment they are expected to work in” during our programs... Image interpretation is critical for making decisions on heat signatures, thermal layering and the latest fire service hot button topic…. Flow Paths.  When firefighters understand what they are looking at (image interpretation) he or she will be able to determine if "the box" is open or closed. But before we get into flow paths let’s review some basics.  Remember all fires whether in an open or closed box produce a radiation heat signature. This signature is often misinterpreted as flames in the camera.  In reality, it is the heat signature of the source you are seeing relative to the contents or the box. Objects in close proximity will become heated by radiation from the energy.  As the object's temperature increases, the definition of said object will increase in clarity.  As that object starts to break down or pyrolysis occurs, some newer cameras will provide the end user with the ability to see the object off-gassing just prior to spontaneous combustion. 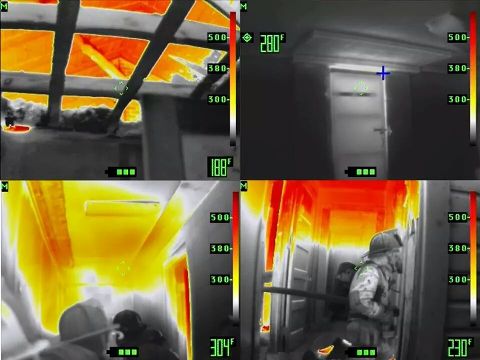 Flow Paths: As radiation and convection energy spreads inside a building, the heat signature will yield a lateral flow path. If the box is closed or contained (meaning ventilation has not occurred yet) the signature will be contained. The box (contents and building materials) will absorb this energy like a heat sync. Minimal radiation energy pushing down on us. Once the box has become saturated and can no longer absorb the energy being produced, the flow path will produce an increased downward radiation and the convection flow path may be present.  In some cases, the heat signature can be seen traveling back towards the source. These types of signatures identified early in a closed box will require ventilation to reduce a rapid fire insult.  Open box flow paths often produce a defined single direction of travel. The energy is seeking the nearest low pressure opening. This image can be seen as convection energy traveling across the ceiling or upper wall to the exterior.  Image interpretation is dynamic and when we see signatures on the camera, we must have an open mind to interpret the image via the TIC and our naked eye.  Remember thermal images are energy signatures for which our brain must interpret, therefore using our eyes in conjunction with the TIC view will provide greater information to determine if what we see is flames, smoke, gases and/or invisible thermal energy.

Preparing the battle ready firefighter for today’s hostile fire environment is a challenge for the best officer, there is no short cuts for success. Remember to determine the expectations, provide the best training possible and do it in an environment they are expected to work in!

For some additional VIDEO examples of flow path image interpretation, please go to our Face Book page at http://www.facebook.com/pages/FETC-Services/155716667881773 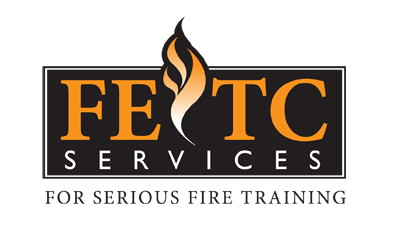 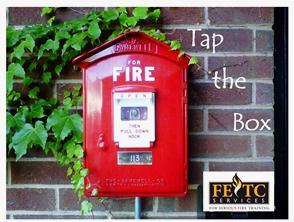