We all have our own memories of that fateful day of 09-11-2001, ten years ago. And for those of you who may have been too young to remember, I encourage you to engage in at least one of the programs on television today, or use the internet to understand the history of that day, the politics of the times, the thousands of lives lost and millions of lives affected. My own memories of that day include getting myself some coffee at a convenience store, as I prepared to assist, as an instructor, for a new group of E.M.T. students.  As I re-entered my car, the first plane crashed. I thought wow ! By the time I got to the site of the class, the news was already on the classroom television and we saw plane crash # 2. And I thought and stated, "Oh my God,we are under attack !" Some of the students expressed their opinion on my sanity, but realized the reasoning behind my statement, when I simply questioned them on how many times in our history has a plane crashed into a 110 story building, let alone 2? As we continued to watch history in the making, a plane crashed into the Pentagon and one crashed in Shanksville, PA. Military planes scrambled, flights ordered to land asap, and airspace became restricted. Our Nation's 1st Responders sprung into action as well, without hesitation,  and we were indeed attacked. President G.W. Bush was reading to groups of grade school children that day. Mere words could not do justice as to what he thought or how he was feeling as he received that news of the attack. However, reportedly his face drained of all color, understandably so. The word " resolve" gained popularity in the next few days, the next few weeks and in the following months. Public safety personnel responded from all over to " Ground Zero ". Former Pennsylvania Governor , Tom Ridge, became the first Secretary of Homeland Security. Soon after that, there were new presidential directives. What's more is that the American citizenry joined in that "resolve" and there were countless numbers of American flags displayed everywhere and anywhere, in rallying support of that " resolve". Our Nation was determined to remain strong and become stronger still. Plans for building memorials came about, monies were donated in support of those lost and laws were created and enacted to punish any providers of terrorism. That was a great response for over 3,000 murders that day. One could argue was it enough, but it was the best we could do at the time. Included in the 3,000 lives murdered that day, were 343 "1st Responders". Men and women who swore in oath to protect and serve; to save lives and protect property; to aid the sick and the injured. Make no mistake about this horrific and tragic day, ten years ago ! Make no mistake as to the seriousness, the depth and the magnitude all of those events incurred and the repercussions that ensued. Bodies fell from the sky that day ! Passengers from 4 separate plane flights were incinerated or their body parts implanted violently into the ground as they crashed and a nation mourned. The gruesome loss of the many human lives that day broke thousands upon thousand of hearts as well.  Today, as we recall 10 years ago and what happened, there are indeed ceremonies to keep those memories of all fallen alive. " Lest we forget" resounds throughout our Country. And be that as it may, we are still losing lives today as a result of those terrorism incidents. Cancer and respiratory diseases are eating away and taking the lives from those who responded as their oath said they would. Support for their survival has been slow at times, unresponsive at times, denied at times and in some cases, claims of unassumed responsibility from their employers  are heard by these 1st Responders. Their diseases, other ailments like stress and depression are under treated or not treated at all, in some cases. Those who responded to save, protect and serve and those who promised to help heal the masses that day are denied hose same values. We, as a nation, need to show our  "resolve"  again and rise up in support of those who live and those who are struggling to live on with their diseases and illnesses. This isn't new though. Look at our history when our military personnel returned home from Vietnam, or the Middle East Wars. We must once again, break out those countless amounts of flags, throughout our great Country ! We must rally support of all who served to save and protect us ! Ceremonies are indeed appropriate to remember the lives lost ten years ago. There is a need to support all of those families who lost loved ones and we should protect them and ease their continued pain.  But, my fellow Americans, our " resolve" needs to be even stronger. We must protect too and save those who came to our aid, during one of the most vicious attacks on and in our Country ! Their lives, should they fall, will increase the number of deaths that Bin Laden and his terrorism caused. That man, even in death, will yet be killing more, if we do not make a stand and "resolve" to help those who helped us. Take the time today, tomorrow or as near in the future as possible and rally support for them. Bring out the flags again! Make the phones ring at the offices of our  powers that be in legislation. Send them your letters and e-mails and help those who helped us.

-This is what I remember. The things the media was to timid to show for fear of upsetting us. I remember the truth of what I saw and what happened and how our countrymen were murdered before all of our eyes. This is what must be remembered.

-"Constant vigilance is the price of eternal liberty", George Washington. 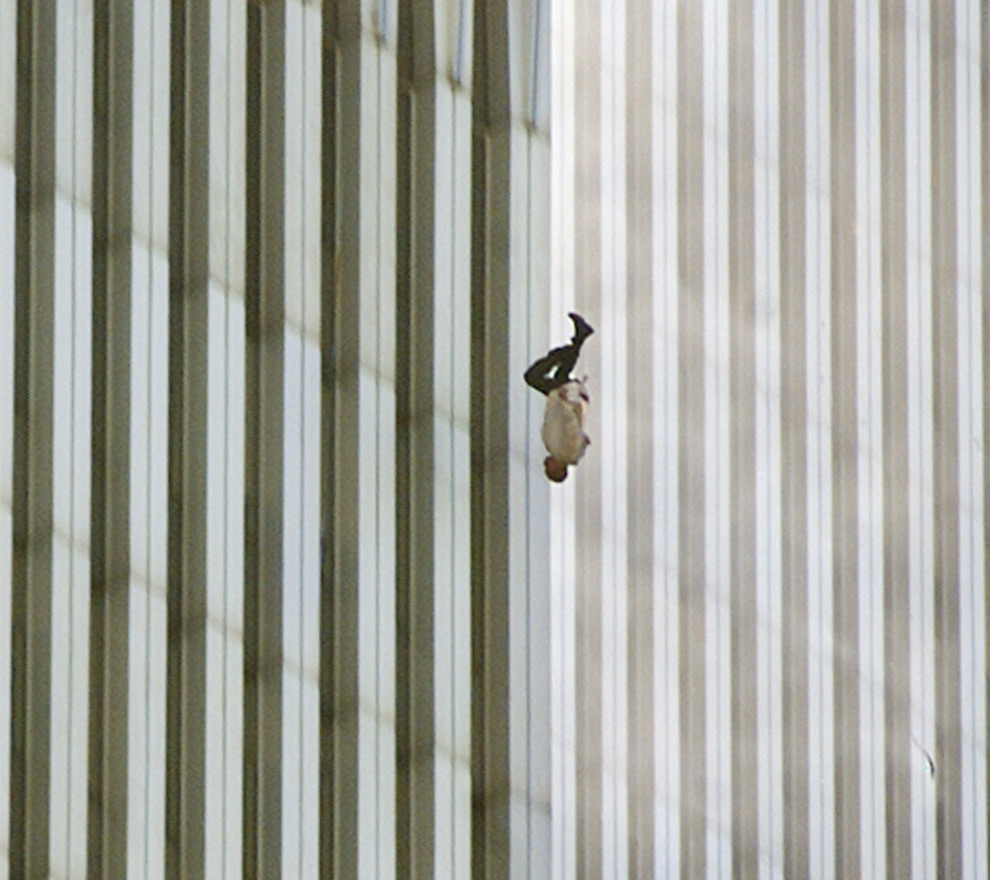