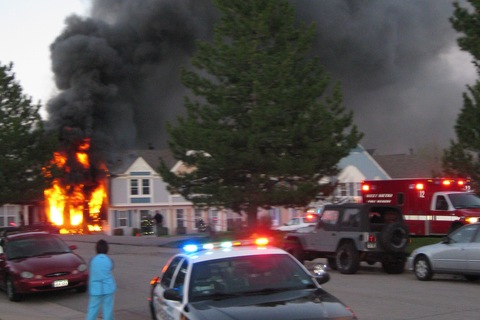 There is a chance that I may get punched in the face for the next statement but forethought rarely stops me. I was listening to a Rockies game and rereading the Urban Firefighter Article“Filling the Gaps: FDNY Squad Company Operations” and I started to think about ambulances. I am really sorry Ray and Erich but I did.

There is never ending discussion about how the “jack of all masters of none” culture is costing us on the fireground. I agree with that message but think in recent years we have been progressing more than regressing. Overall there is a solid movement in the training community to clearly define roles and responsibilities to suppression (engine) and support (truck) work. Unfortunately many firefighters attending these trainings are returning to departments where operations don’t support the engine - truck concept or they simply don’t have the truck. Rather than dwell on the negative (the fact that we are masters of none) lets accentuate the positive. “Jacks of all” are utility players.  Every baseball coach wants the lefty that has the cannon, a shortstop with catlike agility, a cleanup batter with a .500 average but they will always give equal weight to having a solid “utility player”. The utility player can be counted on when needed to get the job done in any number of positions and situations. The utility player is “Filling the Gaps” for that team.

For our district one of the “gaps” is time and distance to certain areas. We are fortunate to have 4 support companies for the district (3 trucks and 1 rescue each with staffed with 4). The problem is that our district is 120 square miles so they don’t always arrive to fill spots in the simultaneous support/suppression operation (a gap). This now brings me to the ambulance. I would venture to guess that in a lot of smaller suburban and rural departments in this country you are more likely to find an ambulance staffed with firefighters than you will a truck or heavy rescue. These men on the medics are the ultimate utility players.

We run 9 medics (ambulances) out of our 15 firehouses and the guys on them love to go to fires because they know the importance of being the utility players. More than likely they will be one of the first, if not the first to the fire. They are on the air in the district more than any other rig which positions them even better. They know that they will be pulling the line if the first due engine drops the tailboarder at the hydrant. They know they will be forcing a door and doing a search if the first due engine is going fast attack. We prepare them with the equipment and training to go to work. The Medic rig has tools, hooks and water cans. In some parts of the country the ambulances even carry saws. I remember in a class taught by Bill Gustin a few years back a FDIC he showed us a picture. The guys were geared up with sledge hammers, hooks and even a K-12. This crew looked like the hardest hitting company on the fireground, it was the ambulance crew out of his station Rescue 2.

FDNY found a way to fill the gaps with the Squads. Those of us outside of the Urban environment face the similar challenges but we may need to supplement with different resources. If you are faced with the need to fill the gaps you may find the answer in the bay next to your engine. Quit calling them nurses and let them know how much they are needed as utility players. Invest tools, tactics and training in these guys and the dividend may just be the most versatile company in your department. I used to wonder why anyone would call an ambulance a rescue but now I understand. You have the ability to create an atmosphere of rescue firefighters among men regardless of the rig they arrive in as long as those men are willing to be utility players.