America appreciates the first responders who place their lives on the line every day during this C-19 pandemic. Unfortunately some of us become sick and some will die as a result of this exposure. For those who are working in this hazardous environment, there is an associated amount of stress that you may contract the disease and affect friends, co-workers and family members.

With much of the country in…

Ronal Regan once said, “surround yourself with great people, delegate authority and get out of the way” is easy to say but may be difficult to accomplish especially if you don’t have capable followers.

Followership is a unique skill set in all of industry and for many of the current fire service leaders, there was a point in time, quite possibly through your whole career you were an amazing follower learning,…

Leading From the Bottom Up

The fire service has been described as paramilitary organization with a leadership organized in a top down fashion. In other words, one person does the thinking, one person directs the organization and one person takes responsibility. Is that right? Is that how your organization operates?

Up in Smoke - Medical Marijuana in the Fire Service

One of the current big controversies in the fire service is substance abuse testing and possibly terminating firefighters within the confines of Zero-Tolerance department policies. Departments with substance abuse policies designed to ensure the safety of the firefighters and the community they serve. Contained within these policies(1) is the testing for reasonable suspicion, the protection of employee’s rights, rehabilitation opportunities, last chance agreements and the ramifications of…

Fire Chiefs all over the country have received votes of no confidence from members of their organizations. Most recently was the Fire Chief of Cleveland whom the Union members indicated that there serious concerns about the public’s safety and according to the local news, the resolution asks the City Council to investigate the unions complaint about those and other safety issues. In Jackson Beach, the fire union, taking a similar vote, says the chief has fostered an atmosphere of "hostility,…

Much of the personnel litigation affecting a department can be prevented with adequate and early communication between the parties in the attempt to resolve an issue of conflict. As you may be directly or indirectly affected, that could mean you are the Chief, the affected member or their representatives.

Conflict refers to some form of friction, or discord arising within a group when the beliefs or actions of one or more members of the group are either resisted by or unacceptable to…

Preventing Legal Fires - Not All Speech is Free

As a firefighter or public safety government employee, what are your free speech rights under the 1st Amendment?

As we have seen a number of firefighters have lost their jobs over postings on their social media sites, thinking they had a protected right to say anything or depict otherwise offensive pictures for their shared audiences. The issue of “words matter” when speaking, brings one back to the often quoted but erroneous statement of “shouting fire in a crowded theater” opined by…

I always like to review year end legal issues for the fire service, even as I routinely write about them, as an interesting study in firefighter legal behavior over the past year. It is a reflection of where we are and where we are going. The short story is our behavior is not changing as fast as the fire service would like as we still see complaints and litigation popping up every week.

We continue to see patterns of bad legal behavior, in spite of the frequent lectures and articles…

Do Not Resuscitate Tattoos 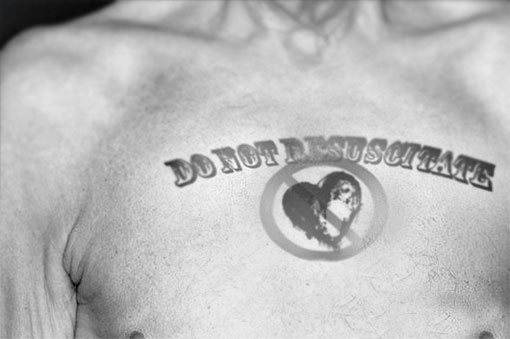 As pre-hospital medical providers we see a lot of patients in all sorts of medical disrepair. The public and patients expectation is that we put a full effort into doing the best we can with our limited field resources and either take the patient to a medical facility, leave at home, send the patient to their primary care or specialist physician or call the…

It pains me to have to write an article about this issue, but with the recent widely viewed broadcast of a Supreme Court nominee accused of sexual assault when the perpetrator and victim were both in high school and the current state of affairs related to women and minorities in this country; it is an article that needed to be written addressing the elephant in the room.

As a father of five (5) daughters, all adults with their own families and lives, I feared for their safety as young…

Presumptive Illness – Fighting for your life

It is well recognized that firefighting is a dangerous occupation. In addition to the trauma or cardiovascular events killing or injuring firefighters, a slow and insidious enemy has been stalking firefighters for many years and although the injury is not immediate, the effects appear many years after exposures, are long lasting and may lead to the early demise of the firefighter as documented in numerous firefighter deaths from cancers.

A majority of states now cover…

Many of us in the public safety business have always believed that through property taxes or other publicly funded methods, the fire service would be able to provide a full range of services in an ever-changing and challenging environment.

There are a lot of hands reaching out for limited pubic money to adequately fund parks, police, parks, potholes and other necessary services provided by government and now is the time to discuss the elephant in the room, cost…

The Alameda County judge recently ruled that Oakland officials had a "mandatory duty" to ensure safety at the doomed Ghost Ship warehouse, leaving the city potentially liable for a fire where 36 people died. Attorneys for the dozens of victims and their families, as well as reports by Mercury News (CA) have detailed numerous visits by police, firefighters and building officials in the years before the deadly Dec. 2, 2016, fire. The maze-like Fruitvale district warehouse with…

“Sticks and stones may break my bones but words will never hurt me,” in a response to a schoolyard taunt containing hurtful words many of us have probably used when verbally assaulted by the schoolyard bully. That reasoning is generally untrue as words do hurt and I am sure that you were hurt when the bully made fun of your race, clothing, religion or some other verbal and possibly physical assault against you.

In an era of social media, seemingly insensitive comments…

Our mission is to protect the community and our firefighters with all of the training, equipment and protective gear money can buy. Of course there are the smaller and less affluent fire districts barely responding to calls for service or emergencies and all-volunteer fire organizations are equally challenged to place sufficient firefighter resources in the community for response.

The Fourth Amendment to the United States Constitution guarantees the "right of the people to be secure in their persons ... against unreasonable searches and seizures." In most cases, the Constitution requires the government to obtain a warrant supported by probable cause to search a person. However, when government has a special need for a search, such as protecting public safety, courts have upheld the search(s) if it is found "reasonable" after balancing the physical intrusion against…

In the sports world there is an increasing awareness of collision induced concussions between football players, soccer players, kids on the playground and others engaged in contact sports other than dancing. There are many other ways to get a concussion. Some common ways include fights, falls, car crashes, and bike accidents. Concussions can also happen while participating in any sport or activity such as football, boxing, hockey, soccer, skiing, or…