HAPPY NEW YEAR TO EVERYONE,
I hope this is going to be a great year for each and everyone of you. I am looking forward to this year for many reasons but the biggest one is that this will be the second year for the KEEPING TRADITION ALIVE SYMPOSIUM here in Lewisville Texas. Registration is already open and the registrations are starting to come in fast. This year we have put the total number for registration at 350 and at this rate it will fill up faster than we ever dreamed. If you are interested in coming this year go to lfdpipesanddrums.com and you can download the registration form and send it in. This year we are also hosting the National Honor Guard Academy in Lewisville the week before the symposium. I am hoping that teams will send some of their members to the academy and than the rest of the team will join them for the symposium. We had so much fun last year meeting everyone that attended and we are looking forward to seeing everyone again this year. We have a lot planed for this year, good food and good fun and maybe so other things as well. Our city leaders were impressed last year with the attendance that they have really stepped up for this year with a lot of support from the city even more than last year if that's possible. If anyone has any questions about the symposium or anything else for that matter please feel free to call me any time.
Jim Byers 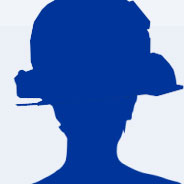 You need to be a member of Fire Service Honor Guards to add comments!

Hi folks! Had to join this one, because we seem to be having internal issues,or maybe I should say "everybody's got their own ideas" on certain aspects of calling hours and funerals for the brethren. Level of representation the FD provides when a brother goes is not at issue here; protocol is. I'm looking for what other FD's follow as protocols at the calling hours and a at funeral services and cemetery for non-line duty deaths and retirees deaths. Uniforms aside, we wear class A's to all FF funerals, but the posting of the honor guard at the casket, frequency and duration of relief. Protocol of the releiving. Like that. Currently we post one honor guard at either end of the casket. (sometimes the showing is so good that we post two on each end of the casket) These honor guards are relieved at intervals that are determined by the total showing, the more that show, the shorter the interval, although the shortest interval is ten minutes. Currently when an honor guard comes into the showing room, he approaches the man he is to relieve,stopping in front of him, he salutes and the releived man salutes in suit, then they switch spots and the releived man exits the showing room. The reliefs at either end of the casket take place at the same time, in pairs, much the same as we do evertyhing on this job. The protocol for the salute itself seems to be: reliever initiates the salute- the relieved follows on but as close to simultaneously as possible. The reliever terminates the salute and the relieved follows off as close to simultaneously as possible. This is essentially the same when there are two honor guards at either end of the casket, except it takes a little more coordinaion. The reason I say it seems to be is that it isn't always, and of late there has been some agitation for certain practices ranging from a very specific, slo-mo salute protocol to those who don't want a salute at all. Also, some are looking for military style right, left and about-faces and rigid military precision marching while others see it as no issue at all. I'm somewhere in the middle ground in all this, feeling that too much specificity and precision is bound for failure and lax sloppy protocol is too. At the end of calling hours (about 5 minutes before the specified time, all uniformed members line up at the entry to the showing room and as the first one advances to the casket, the next moves forward to a point nearby, and the first salutes the casket and goes through the family line-up, the next takes his place saluting to the casket, and so on. The first one through this, usually a ranking officer, lines up by the most remote door of the viewing room, and as each uniform gets through the line up joins the line, standing quietly in formation until the last man joins, and all file quietly out of the room, and on out of the building. Now, this doesn't always go this way, but usually does. I'm hoping to hear from you, some of your protocols both for calling hours and for church and cemetery protocols, which I'm not going to address today, because we seem to have no set protocols at all for this. We've recently had two guys say they were going to write guidelines for these events and as yet neither one has produced anything. What protocols we do have seem to have simply evolved, which might not be such a bad thing, but someone should set them to paper. I guess those two never heard the saying that a committee is an animal with four heads, as both said they didn't want any help with the task. To recap, I'm looking for off duty and retiree protocols, not LODD because we do have a set protocol for that. We don't have an auxilliary, and in the case of a dignitary or friend of the fire department, that protocol would be decided and set by the chiefs office. Thanks in advance for your help. Yours truly  - Tim Patrick

Comment by Brad Hoff on February 6, 2009 at 6:50pm
Well it's official! We are going to have only the second honor Guard in the state of Alaska after Anchorage. I am proud that my Federal Fd is taking on this task and we have obtained some guidelines from the San Diego Federal Fire DepartmentFederal FD San Diego This is the policy we are adopting so I was wondering if some of you could look through this and tell me what could be added or removed if there is anything in there that is...I doubt it.