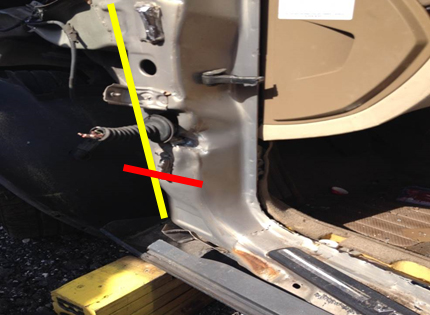 One of the most common complaints I hear about completing dash displacements is the lack of actual "lift" or the feeling of resistance during the lift. This can be caused by a handful of issues but in my opinion the most common is the lack of a good "deep" cut on the backside of the A post. Picture 1 shows in yellow the reinforced area that is commonly not severed during the initial cuts. The red line represents the additional deep cut.  Let me explain... A dash lift for my department (plan A) is composed of two lower horizontal relief cuts followed by pinching the cut metal (via spreaders) and making an opening (window) for the spreaders. The A post is then cut to facilitate the lift and the spreaders are then placed in the open window and the lift is completed. However, with the increased strength of modern vehicles, the widening of vehicle A posts, and the increased strength/steel in A post sections, we have added an additional cut to our plan A dash lift. 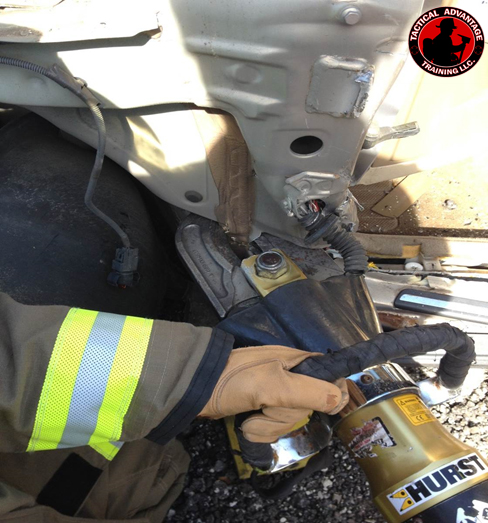 (final deep cut completing severing the backside of the A post)

Once the two horizontal cuts are made and the window is rotated out, one additional (DEEP) cut will sever the back half of the A post allowing you to sever the backside and in turn getting a complete dash displacement as shown below.