What does it take to become the go to person in the firehouse? Time and tenure doesn’t mean that a person has real experience. We have all seen people with 20 years on the job with 2 years’ experience. So what does it really take to become the elite firefighter? Elite firefighters have invested a tremendous amount of time and effort mastering their craft through thousands of hours of training and real life experiences. Now looking at experiences alone the elite firefighter often has been provided opportunities to succeed from many great people who invested a lot of time into said development. 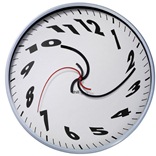 The author Malcomb Gladwell wrote in his book titled Outliers, that people do not rise from nothing. We do owe something to our parentage and patronage. The people who stand before kings may look like they did it all by themselves, but in fact they are invariably the beneficiaries of hidden advantages and extraordinary opportunities and cultural legacies that allow them to learn, work hard and make sense of the world in ways others cannot. Wow powerful stuff, now if I were to overlay Gladwell's quote to the fire service firefighters in reality are molded by many of the people for which they work for. Each of us in one way or another are a reflection of our cultural upbringing. Some of those opportunities that Gladwell speaks of within the fire service would be the recruit school instructors and company officers who provided hundreds if not thousands of hours of training and invested into the brotherhood.

Tactical Mastery and the 10,000-hour Rule

Psychologists have studied many elite people from many different professions to see how much time was invested to master their chosen skillset. Many have concluded that investing roughly 10,000 hours in your craft would take the average person and elevate then to the elite. One of these studies conducted by K. Anders Ericsson looked at violinists and divided them into three classifications. These three categories were as follows "Stars", "Good" and just "Average" players. The third category was noted that they most likely will never play the violin professionally and would probably become music teachers. The study also revealed that stars or the elite musicians had invested roughly 10,000 hours during their development. The middle of the road or in his case good players were in the 6,000-8,000 hour range. These people played really well with a high level of confidence and the latter was in the 2,000-hour range. Now if we were to look at one of the greatest rock and roll bands of all time the Beatles, they had a unique development story. You see John Lennon and Paul McCartney started playing together in 1957. This was seven years prior to the Beatles invasion of the United States music scene. Up until 1960 the Beatles were just a struggling high school band that was mediocre at best. But in 1960, they were afforded an opportunity by chance to travel to Hamburg, Germany to play regularly. These Hamburg, Germany gigs were seven nights a week and the performances were eight hours per night. Prior to their success in the United States, the Beatles had polished their live act an estimated 1,200 times. That developmental time was a critical component to their tactical mastery. Even today many rock bands will never play twelve hundred times in their entire careers. If we were to add up the Beatles investment in mastering their sound and stage presence, it would total around 10,000 hours. Therefore, by the time they landed in the United States, they had been together for over eight years and literally took the music scene by storm.

The fire service has many different levels of service delivery and we can also see different levels of service delivery within our own personnel. There can be three categories of firefighters within the fire service similar to what Ericsson concluded. Many times I hear the standard internet forum argument that we are all trained the same. I will agree that on paper that we are all trained to the same standard if we all attended a nationally accredited program. But looking deeper into that statement, why do many fire departments have a few elites, go-to-firefighters or company officers? And in the same breath you can find some firefighters who are just sliding by... A lot can be attributed to an individual's personal

desire to provide the best service possible but in a side by side comparison of equally trained firefighters, it can also be the commitment towards mastering the craft that makes the difference. This mastery takes an enormous amount of time and effort. And that time on the job can often be related to the 10,000-hour rule. I often tell firefighters to invest in your mind and become a student of the fire service or be the master of your domain. You see when I was a younger, I will admit I had low self-esteem and lacked confidence in my fire service skillsets. I believe to this day that many new firefighters have the same concerns. That being said, having a solid foundation of basic skillsets, combined with field experience starts to provide personal character growth. While the firefighter gains confidence in his or her abilities, he or she is ultimately building self-esteem. As a student for life, your commitment toward obtaining mastery is important for self-preservation as well. Firefighters who feel they know everything about the job, are a danger to themselves and others. This mentality will eventually catch the complacent firefighter off guard because they were under trained. To achieve mastery we must be a student for life.

A lot of people ask me why I chose to teach while off duty. My answer to them is while training others, I am constantly honing my skills which ultimately makes me a better firefighter. I like to tell firefighters that time on the bottle is critical and I am not talking about the beverage type either. Time on the bottle means breathing air on the SCBA bottle. You see 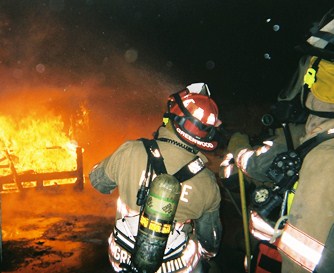 the more that I wear my self-contained breathing apparatus, the more comfortable I become with the actual unit, its capabilities, and the limitations of the device. This ultimately makes me more comfortable for the environment I am expected to work in. If you are training to a minimum standard for example two hours per month, nobody should expect to achieve mastery. If and when you do obtain 10,000 hours within the fire service, those experiences will provide you with a high level of knowledge, experience and confidence. Reminder that there is no short cuts to mastery. Many will achieve this later in our career. It all depends on the time available to commit to training, the number of emergency responses you have and the volume of daily exposures to the job. All of these experiences along the way will better align you to become an officer down the road. There is a clear reason why some promotional candidates present to the board with a high level of confidence. Command presence is all about having the right amount of tools in your toolbox, the knowledge of how to use those tools and the field experiences that all equate towards Tactical Mastery.

William Greenwood is a 28-year veteran of the fire service. He is currently the Fire Chief for the Rhode Island T.F. Green International Airport. Previously he retired from the City of Keene, NH Fire Department after serving 22 years in an all-hazards fire department. Billy is a senior staff instructor for the New Hampshire Fire Academy and owns FETC Services, which provides advanced firefighter and leadership training / consultation services. He is a national speaker exclusively for FDIC International and has been published in Fire Engineering, Fire Rescue and ARFF Resource.