Mental Illness- Its Time to Break the Chains

Personally, I find mental health to be one of if not the worst stigmas amongst humans today. But for this article more specifically in emergency services. I believe the best place to begin is with my own vulnerability. After all, how can I expect others to follow my lead without transparency and re-counting my own encounters with the disease. 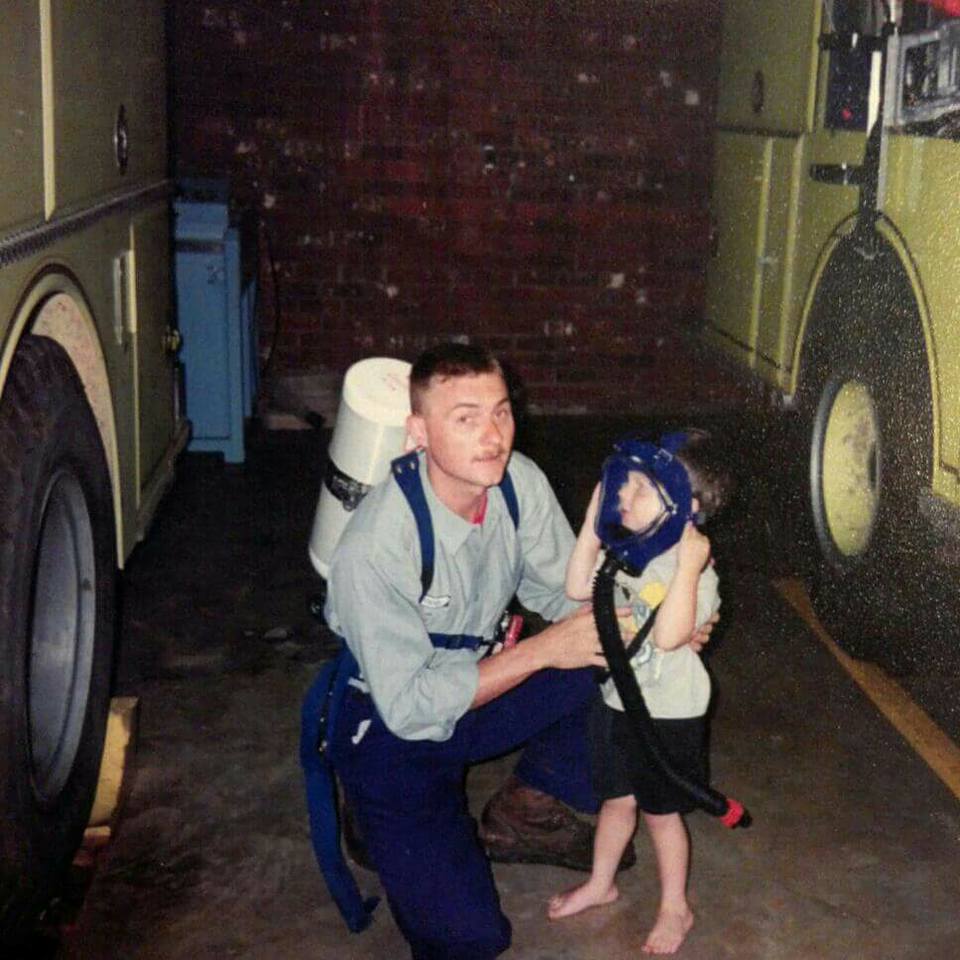 I will be the first to admit that prior to my own experiences with mental disorders, I did not give them much thought. In so few words I was uninformed to the true epidemic that plagues so many humans worldwide. Suicide was a word I had heard many times growing up however was often used in a cry for attention. So naturally I developed a very incorrect and damaging opinion of the word and those that complete the fatal act. That was until I lost my father on March 9th, 2013. Having been raised by a single father who was both a veteran in the US Navy and a firefighter, the loss was catastrophic to say the least. My father allowed his own darkness to overwhelm him and ultimately resulted in him completing suicide. My father had previous diagnoses of PTSD and Bipolar Disorder, but being of another generation where you deal with your pain and feelings in private contributed to his ultimate demise. Naturally, the days and weeks to follow creeped on, appearing today to have all been a blur. But I was told my father was “too weak for this world”, his actions were “those of a coward” and that he was “selfish”. Of course, I contemplated if these words from friends and loved ones were true. The months following, I became consumed by darkness, one that I feel was very similar to my fathers. I tried to battle the thoughts in my head as long as I could, but after a few months of dealing with my own “brain pains,” I decided it was my time to leave this world. I will be the first to say, through the entire process of spiraling out of control, my loved ones never left my mind. I didn’t want to leave them behind and I certainly did not want to die, but I felt I had no other option. I believed that no one would understand what my mind was telling me, and that I would not be looked at the same if I reached out for help. So one day, I sat on my bed and wrote my suicide note for my lovely wife and our infant son. I Ensured they would know that my suicide was not because of them, but because I was exhausted from the continuous battle within my own mind. Luckily my actions that day weren’t successful, and I was woken up that afternoon to see my wife’s face and hold my son.

Since that day I have transformed the feelings of shame and loneliness into a force to be reckoned with. A personal pledge to fight not only my own demons, but to help all those affected to find positive ways to battle theirs as well. It’s important to understand common myths about suicide. For example, myths that those who take their own lives are cowards or weak. If anything, it is the exact opposite. An example is Meriwether Lewis, of the famed Lewis and Clark Expeditions. Using his story is especially important due to the fact it brings further light to the issue associated with mental health illnesses. Just as an iceberg only presents part of itself to the human eye, the same is evident in Lewis. There was so much people did not know about him, more specifically his struggle with mental illness. Their two-year journey took them into a mysterious world, and they faced countless difficulties. The decision to do this in itself was one that took great strength and courage. So, one would unquestionably say these men were heroic and brave. But Meriwether Lewis is said to have completed suicide, even quoted as saying “I am not a coward, but I am so strong. So hard to die.” Another example

that debunks these common myths is the account of Holocaust Survivors. Research has found that suicide rates in the concentration camps and amongst those who were liberated are arguably the highest in human history. One cannot rightfully argue that these victims were weak or cowards. They survived years of oppression and violence against their race, only to eventually fall to their own hands.

I believe the myths associated with mental illness and suicide is a direct result of a lack of education and awareness. The reality is that those who attempt or successfully complete suicide often don’t truly want to die. Once a person becomes habituated to painful and fearsome events, they become fearless and less bothered by the idea of pain. This fearlessness combined with perceived burdensomeness, and not valued by society elevate the risk for suicide. But the important thing to remember is that this is not reality, it is just the individual's misperception.

All emergency services personnel are exposed to destructive events more often than the public. We are expected to return to the station and continue doing our duties as if nothing ever happened. Many believe that these issues can be compartmentalized and stored away to never be dealt with. Doing so results in maladaptive coping such as, substance abuse and often becoming disconnected from loved ones and reality. Our jobs and the things we see in the process of performing our duties aren’t going to change, and we have little control over what we will experience. However, what each of us do have co ntrol over is the way we react, and process what our eyes and minds see and feel. We must learn positive coping strategies.

Firefighters are completing suicide at an alarming rates. The stigma associated with mental health illnesses prevents help seeking. We must not be embarrassed by an illness that is as natural in the human body as cancer or heart disease. Agencies need to step forward and debunk the common misperception that admitting you’re struggling, or need help is career ending. By us being afraid to openly talk about mental health, we are doing nothing but allowing those affected to feel isolated and alone in their battle. It is time to break the chains and stigma associated with Mental health and their disorders. Vulnerability begins with us, and together we will bring change and raise awareness for Mental Health. We owe it to all the brothers and sisters we’ve already lost, we must honor and celebrate their lives. Who knows, the life you save by talking about mental illness may be one of your own brothers or sisters.