The Brotherhood's Not Dead

The Brotherhood’s Not Dead

The Brotherhood. A fraternal order that has existed for centuries within the fire service; it’s a bond amongst firefighters unmatched to any other organization on earth. To gain admittance, one can’t simply get hired or join but must first prove ones worth. Not by talk, but by action. It’s the fellow brothers/sisters who say when and if you become a member. Once admittance is granted, you become a lifetime member of an extended family, which will forever be there for you, through the good times but even more, the bad.

As of recent, there have been many within our assembly questioning whether or not the brotherhood is still alive. Comments can be overheard: “The brotherhood is dead”, “It’s not like it used to be”, “Everyone’s out for themselves”, “People don’t participate in functions like they used to”, “Out of towner’s never show up for anything”, “Don’t worry about anybody but yourself kid, your just an a** in the seat”. Talking with firefighters from around the country, I have learned this isn’t an isolated problem to the Northeast, but in fact, an issue throughout the country. Recently learning of the myriad of firefighters doubting whether or not the brotherhood is dead, I felt compelled to share with you a personal story that proves this couldn’t be further from the truth.

About two years ago my father was diagnosed with ALS (Lou Gehrig’s Disease). This news was devastating to my family. For those who aren’t aware of the disease I’ll put it bluntly, “It really sucks”! My father has always been one my heroes and to get news like this was simply heartbreaking. You never want to see those you love suffer and it’s been a tough road to say the least.

My father has always been a great builder. Buying my parents small bungalow and turning it into a beautiful home, restoring my sisters farm house, and turning my 1950’s style house into a beautiful contemporary home, his skills were incredible. Coming over to my beautiful wife Laurie’s and my house day after day, it was he who taught me the trade of construction. Needless to say, with two years of the disease gone by, he is no longer able to do the things he’s always loved to do. Inevitably, the day came where it was time to put a new roof on the house he built stick by stick for my mother and he just couldn’t do it.

If ever I had any doubts of what I had been hearing, about the brotherhood being dead; it was at this very point where my skepticism were eradicated. Quietly confronting just three firefighters from my station, who had great construction experience, without hesitation they all said “No question about it. We are there for you brother”. At the time I asked, one was working two full time jobs, raising a family of 5, and coaching his kids teams; he said, “I don’t care how much I have going on in my life. Of course I’ll be there to help you out. That’s what we do”. After picking up the building supplies and setting up to do the roof, I was so elated these three brothers were so willing to take time out of their busy lives to help my father who had always been there for me throughout the past 35 years. Knowing how the brotherhood works, word got out and in the end a total of 10 of my brothers showed up throughout the three days it took to complete the complex roof including several peaks, valleys, and chimneys. After the roof was completed and I returned to work, it was then I found out how others in my house were actually mad at me for not posting “my father needs a new roof” on the corkboard. I heard things like “Come on LT, that’s what we do for each other” to “You felt bad asking, what are you crazy?” or “Of course I would have been there for you Adam.” and “We would have been there in a heartbeat, that’s what we do for each other”. 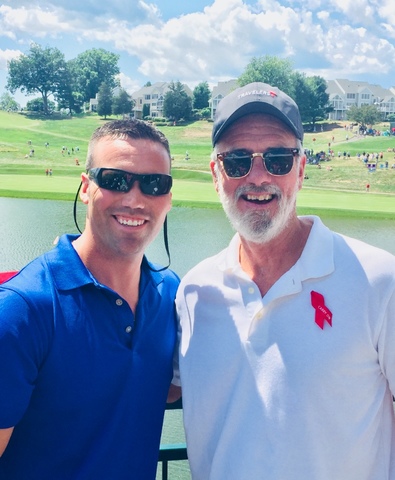