As Buffalo (NY) firefighters arrived at the scene of a reported propane leak in a four-story radiator warehouse (Type III Ordinary and Type IV Heavy Timber construction), a massive explosion occurred, killing five firefighters and injuring nine others, three of them critically. The force of the blast blew BFD Ladder 5′s tiller aerial 35 feet across the street into the front yard of a dwelling. BFD Engine 1′s pumper was also blown across the street with the captain and driver pinned in the cab with burning debris all around them. Engine 32′s engine was blown up against a warehouse across a side street and covered with rubble.

Two civilians were also killed and another 60 to 70 were injured. While operating at the rescue effort, another 19 firefighters were injured. The blast and ensuing fire ignited 14 residences and damaged as many as 130 buildings over a four block area. The explosion occurred when an employee was moving an illegal 500-lb. propane tank with a forklift truck and dropped it, breaking off a valve. The gas leaked out, found an ignition source, and the explosion occurred. 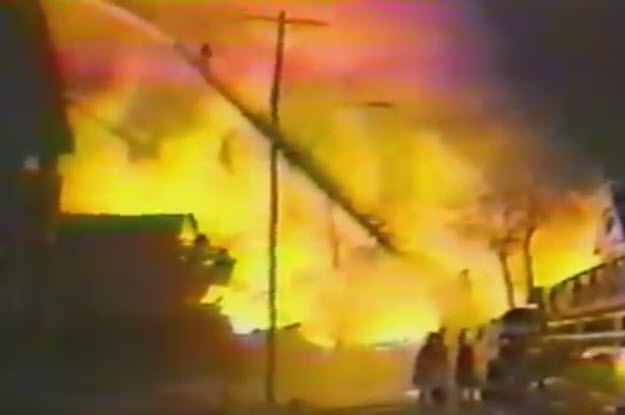 At 20:23 hours, a full assignment was dispatched to North Division & Grosvenor streets. The three engines, two trucks, rescue and 3rd Battalion were responding to a report of a large propane tank leaking in a building. Engine 32 arrived and reported nothing showing, but they were talking to some workmen from the four-story, heavy-timber warehouse (approx. 50′ x 100′). Truck 5, Engine 1 and BC Supple arrived right behind E-32. Thirty-seven seconds after the chief announced his arrival, there was a tremendous explosion. 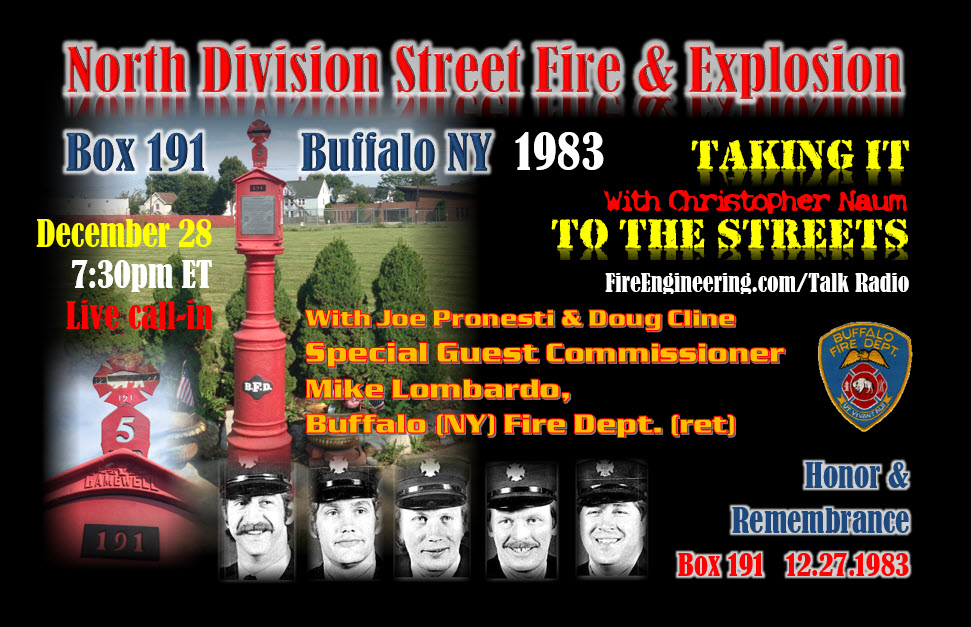