6 Rookie Firefighters Mistake And How To Tips To Resolve It 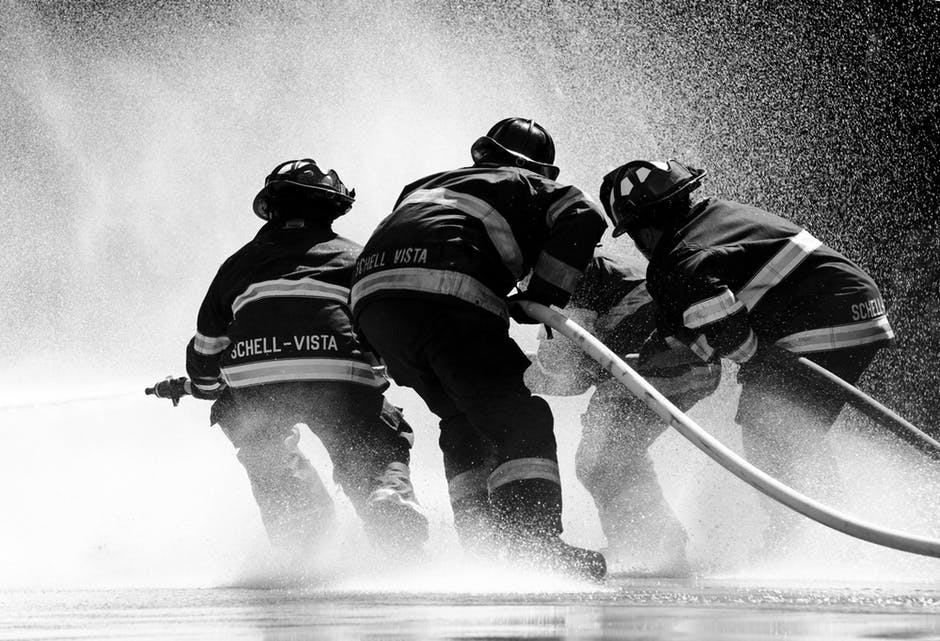 Being a firefighter isn’t like other jobs. Where mistakes in other professions might mean a person gets their meal cold, their paperclips late or the wrong shoes, when mistakes happen in firefighting the problems can be a lot more serious. There are, after all, lives on the line. For that reason, it’s important that you make sure that you learn quickly and learn well.

To help you with that, here are some of the mistakes rookies often make, so that you know what they are and what you can do about them. In that way, when things go south, you know what to do and instead of being a liability you’ll be there to have your colleagues back. Because ultimately, a fire brigade is only as strong as its weakest link.

Showing up five minutes before your shift starts might fly at other jobs, but it really isn’t good enough when you’re a firefighter. After all, for all you know you’ll be called up immediately and that can lead to all sorts of problems if you’re not prepared.

For that reason, show up early – at least half an hour or so. This will give you the time you need to check your equipment, familiarize yourself with the roster and whose on duty and anything else you might need to do.

And sure, most of the time that time might not be vital. But all of those times you show up early and it doesn’t matter will pale in comparison to that one time you show up late and it does. Besides, it shows respect. And really that’s the only thing that should matter.

The great advantage we have over other animals is that we don’t have to make all the mistakes ourselves in order to learn from them. The thing is, if you want to learn from other people’s mistakes then you need to actually engage with them. After all, though there are no doubt mistakes that you’ll be aware of from day one, for every one of those there are at least a dozen other ones which you’d never even considered. And you’re not going to find out about those unless you talk to others, ask questions and hear the stories they’ve got to tell.

So get involved. Ask questions. Get to know people. Sure, they might not always act like they appreciate it at the station, but everybody will feel much better about it when you get called out and they know you and you know what they’ve got to say.

Yeah, sure. Ninety nine times out of a hundred your equipment is in fine working order. But that one time it isn’t can cost you your life. For that reason, never assume everything is in tip-top working order or take other people’s words for it. People make mistakes. In the best situations, other people notice those mistakes and then make sure they don’t become life threatening.

So don’t just collapse on the couch and boast about your latest conquests on the night scene. Instead, be diligent, check everything for yourself and ask questions if you’re not sure if something is up to standard or not. Better safe than sorry, right?

Assuming that respect is free

Respect is something you earn. For that reason, work from day one to earn it. If you do not, people will judge you. And once you’ve been judged and found wanting, it will be incredibly hard to fix that.

So don’t let it come to that. Instead, roll up your sleeves and do what’s necessary to earn other people’s respect. Do note, you need to earn their respect, not get them to think of you as a puppy they can kick. So do what you’re supposed to do. Even go out of your way to do a bit more. But don’t let them walk all over you. You don’t win respect that way.

Thinking you know where everything is

People often mistake familiarity for knowledge. They think that ‘oh, I recognize that’ means ‘oh, I know that’. The thing is, those things are not the same. If you see the saw in a certain place and go, ‘ah, that’s where it is’ that doesn’t’ mean that when there is a crisis you’ll know where that saw is exactly. After all, crises can cause our stress levels to shoot up and us to forget things that we assumed we knew. Just ask anybody who choked on a test what I’m talking about.

For that reason, when you’ve got some time, grab a list and run through where all of them are by physically checking their location. Even better, make some flash cards and test yourself (or get other people to test you).

Not taking care of your mental health

There are many ways to do that. Hang out with the other people from the fire brigade, for example. Talking through what you’re going through with people you respect and who respect you can often help you deal with a lot of issues.

Being a firefighter can be an incredibly experience. You can to serve your community, hang out with an incredibly group of people and do something that other people can only dream about. Of course, there is a certain degree of danger involved. For that reason, never get foolhardy. Because when you get cocky and overconfident, that’s when life will take a swing at you.

Also, remember to be there for the rest of your team. If you’re there for them, then they’ll be there for you when you need them. And that can be the difference between going home and ending up in the hospital.