The above is a part of the chorus from a song from the early seventies, if you want to Google or fact check feel free and even better, play it while you are reading this blog which is a quick reminder of a hazard many young firefighters fail to recognize but one that must be considered especially on the older Type III constructed building….Signs.

Look at a newly constructed building and you will not see the same large attention grabbing signs as you may see on your “Main Street” buildings built long ago; the front wall of these legacy Type III building may have several features that can pose a serious collapse threat to the unsuspecting firefighter.

A commander worth his or her salt must recognize these hazards during a fire and it’s extremely important that we instruct younger members to recognize these as well. Below is a quick bulletin that can be easily understood by new members and a good review for us old guys, get your crews out and zero in on the signs.

A parapet is a continuation of an exterior wall above the roof level. The portion of a front wall rising above a roof is the "parapet." Many signs are affixed to the front wall parapet and as we know already about parapets is they are unstable walls and their irony is that many times they support these unstable heavy signs. Two strikes, add the fire and you may indeed have three!

A marquee is a large metal structure attached over the entrance to a theatre or store. A marquee extends from the front wall out to the street and is used to display signs about the show or the store. The largest single LODD event in the borough of the Bronx, New York occurred April 4th, 1956 when a furniture store marquee attached to a front wall collapsed during a fire killing six brothers.

If a marquee collapses during a fire, it can pull the entire facade wall down with it. For example, if the beams behind the facade which support the marquee are destroyed by fire, the marquee can suddenly collapse downward, pulling the wall it passes through, outward, also if the metal rods supporting the sign are heated they can expand pull the sign from the wall. Firefighters must also be leery after the fire is under control as canopies can fill with water during the firefight making it a giant swimming pool ready to collapse. Remember, steel loses almost half its strength when heated to 1,000 degrees. 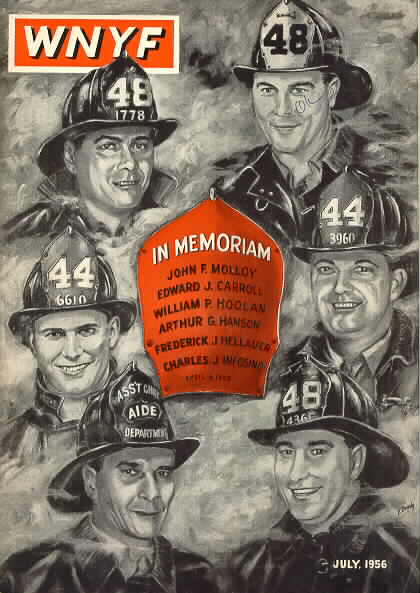 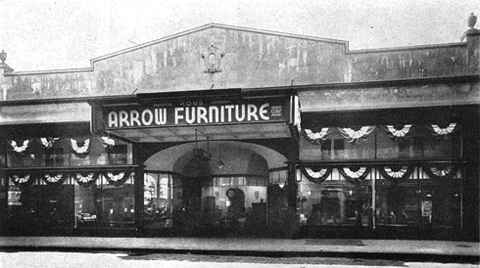 A canopy is a cloth, wood or metal covering over a building entrance designed to protect people from the weather. It was a canopy collapse caused one of the greatest tragedies in the history of the fire service. It occurred in a burning meat packing plant in Chicago in 1910. During the fire, a brick wall and a canopy attached to it collapsed. Twenty-one Chicago firefighters were crushed to death beneath the crumpled metal canopy and bricks.

Size Up and Safety Tidbits

Get out into your response areas and while looking at your Type III buildings spend some time zeroing in on the front facades if they have heavy signs hanging on them, look at the connections, better yet place a ladder or your aerial up to get an even better view, take photos and share. During a fire keep your members off the sidewalk, use the reach of your streams and be pessimistic about the stability of the front walls. During long battles remember the weight of the water from your master streams, during freezing weather ice can be just as bad as it forms on the building.

Firefighters today have so much to take in and remember, situational awareness is paramount but if you don’t know what to look for to begin with you obviously won’t be aware, size up of Type III buildings is a lost art in my opinion and signs, marquees and canopies can be easily forgotten and the unsuspecting fireground commander may neglect these hazards. Be alert and recognize the SIGNS of SIGNS on the fireground. 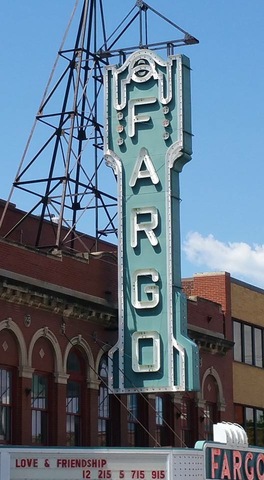 You just wont see these types of signs on today's buildings so younger firefighters may not recognize their hazards during a fire and even after the event when water can fill a canopy up with water creating a "hanging swimming pool" Fire will also weaken the steel connectors. 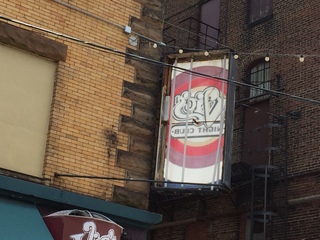