Pride, Ownership and the New Generation "All is Not Lost"

I’ll start off as always with my shout-outs for this blog. This one goes to 1st Lieutenant Sarah Read, of the Chili Fire Department Explorer program. You will see why as you read through the blog.

In the past couple years, two reoccurring themes have been proposed in the various classes we have taught throughout the states. First is the demise of the fire service because of “The New Kids” and second is their lack of understanding of pride, tradition and honor. Typically in classes, I will push back on that assumption and ask for the possible causes. The passing on of information, history, tactics/techniques, traditions and other critical fundamentals of the service occur in one of two ways; you either observed it first hand or someone took the time to challenge you to learn it.

As I have shared before, my introduction to the fire service occurred in 1966, when my father joined the community fire department. My Brothers and I consumed ourselves with the service, and spent any, and all discretionary time hanging out at the firehouse in preparation for when our turn came. Over time, we watched and witnessed the various components of pride, tradition, honor in serving, teamwork, comradery, discipline and hierarchy of command played out in front of us. We came to understand these behaviors (expectations) by watching and listening as well as relishing in story time. Not read a book story time, but listening to the stories of the “good ole days”. One by one, each of us joined the department as we reached the age of 16, knowing what to expect and what would be expected of us. We were blessed beyond words at having the opportunity to grow-up like this.

During our lectures, I ask the attendees by show of hand, who was raised in the service or was connected to the service by a relative, and who is a generational first timer.  While not a sophisticated analytical approach, 90% of the people in those classes are first generation. When you look at the drastic reduction in the number of volunteers across the country this make perfect sense.

As I finish out the discussion on the new generation, I proclaim that if pride, ownership, honor and tradition is important to us, then it needs to be a willful, intentional act, carried out daily, by each one of us. Sorry, I’m not talking about kicking your feet-up at the kitchen table or laid back in the recliner and tweeting about it. It needs to be demonstrated, not talked about.

I encourage each of us (myself included) to seek out every opportunity to share the greatest traits and characteristics of our service, in an effort to teach the newer folks, who didn’t benefit from growing up in a firehouse or haven’t been on the job like many of us did. The key is to demonstrate by doing, not talking about it. 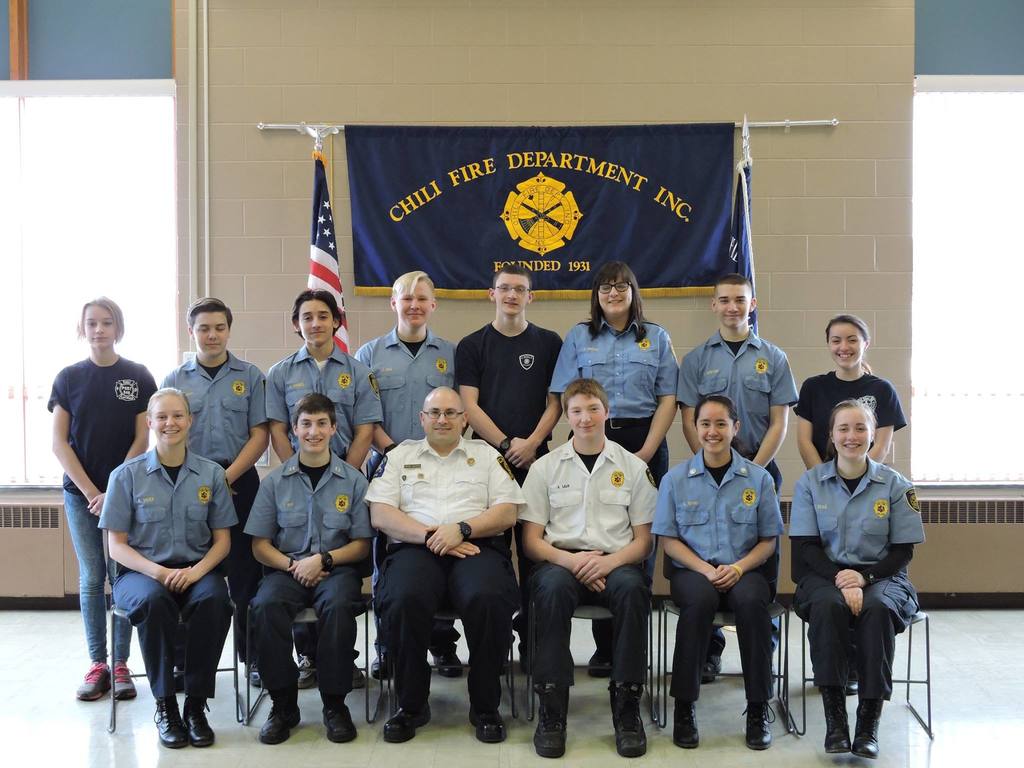 Recently, while teaching a class outside of Rochester N.Y., sitting in the first few rows of the auditorium was a large group of young teens, representing a Fire Explores Post from the Chili Fire Department. I was blown away, to see a group of 13-16 year olds, in full uniform, vigorously taking pages of notes and eyes fixed forward during the entire class. Looked like they “got it” to me. We identified an opportunity and capitalized on it. We offered a Traditions Training care box (tee-shirts, challenge coins, stickers, books etc.) to the Explorer who submitted the best report on the LODD of Firefighter Anne Sullivan of the HFD.

Having a group of young potential fire service professionals fully understand the complexities of the precarious environment in which we operate, and the ultimate sacrifices that so many have made doing it, this must be understood and respected by our youthful fire service. 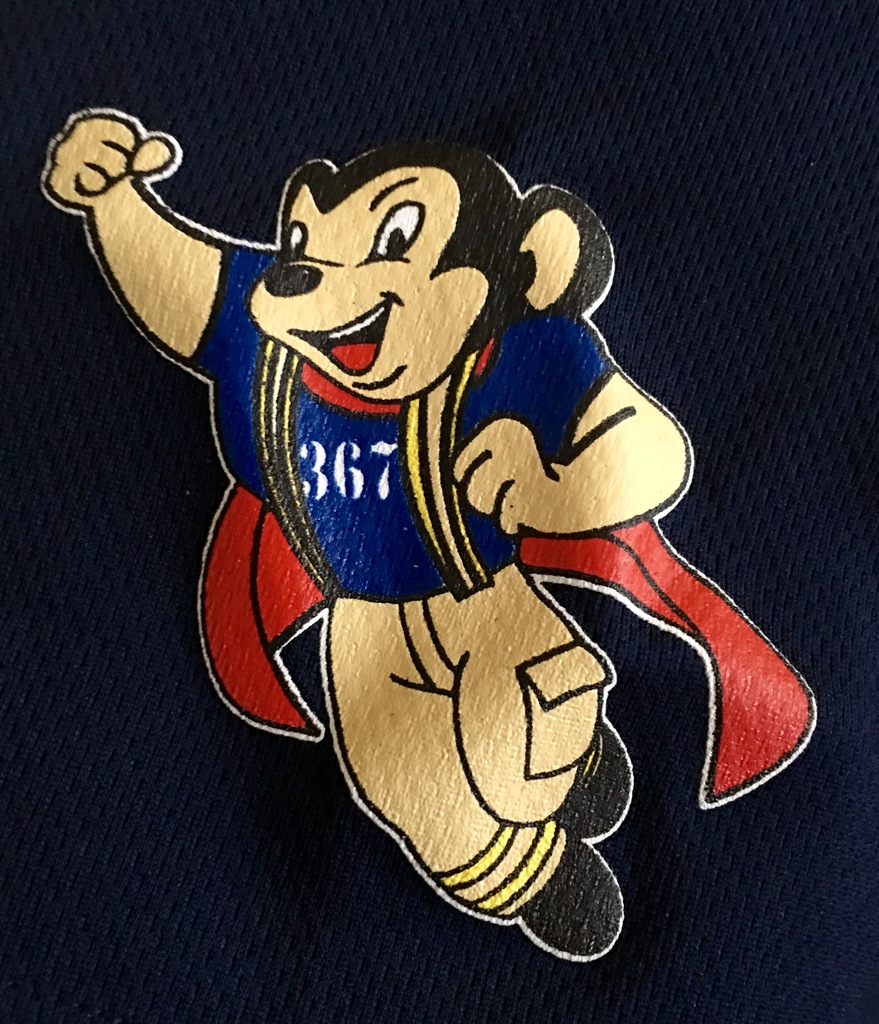 Over the years, we have forged a strong relationship with the Stafford, Texas FD just outside of Houston. This is the same Department, where Anne started as a volunteer when she was a young lady. During our first trip to Texas, Stafford Fire Chief and Houston Firefighter Larry DiCamillio, presented Ricky Riley and I with an Anne Sullivan memorial challenge coin and Tee shirt, which we hold in the greatest of honor. During each of our trips to Stafford, we have taken time to stop by what’s left of the Southwest Inn Hotel and reflect on what occurred there on May 31, 2013. We walk the property not casting blame, but as a reminder of the consequences of the decisions we are forced to make as Chief and Company Officers each and every day.

On the anniversary of the tragic death of four heroic and noble servants; Firefighter’s Anne Sullivan and Robert Garner, Engineer Operator Robert Bebee and Senior Captain Matthew Renaud; below is the report (sources cited) submitted by Chili Fire Explorer 1st Lieutenant Sarah Read; one of the new generation prospects that “get it”. In between being a full time student and her weekly commitment to the Explorers, Sarah took what little discretionary time she had to do a ton of research, put the paper together and cited each of her sources. Pretty impressive for a young girl who’s not yet old enough to even enter the fire service yet. My guess is, she was influenced by her leaders, who took the time to demonstrate for her and the rest of the Explores, what pride, ownership, tradition and honor look like. 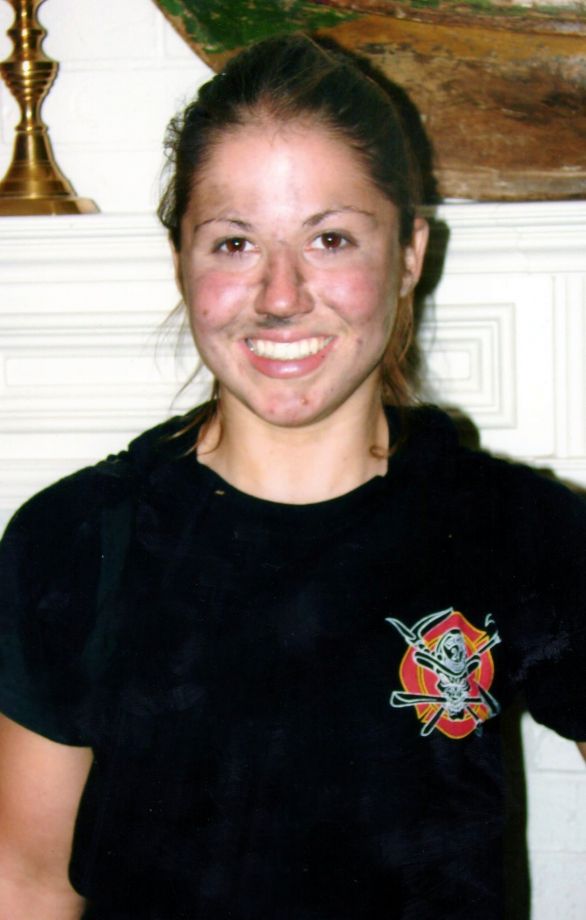 “The heroism and selflessness of fire professionals must always be honored and remembered.”

The definition of a hero is Anne McCormick Sullivan. Anne, unselfishly, put her life on the line every day to save another's. She was a daughter, a sister, a friend, a role model, and most importantly a hero that was lost all too soon.

Anne, the daughter of Jack and Mary Moore Sullivan, was born on December 4th, 1988 in Houston, Texas.  She graduated Dulles High School, where as a senior, she honored as Female Athlete of the Year. Anne loved playing soccer and running cross country. However, what thrived Anne was that she loved the camaraderie of being a part of the team. Her coach quoted “You won the award because you worked harder and pushed yourself more than any other athlete, never missing a practice or game and always helping and encouraging your teammates.” She was described as loyal, trustworthy, spiritual, and a true friend by her peers around her.

At the age 17, Anne was determined to become a firefighter and her mother could not have been more proud. Her dedication and commitment to fulfilling her dreams let nothing stop in her way. She overcame obstacles that most would buckle under the pressure for. On January 7th, 2013 began her career as a Cadet and a member of Class 2013A at HFD Val Jahnke Training Facility. She stood out to her instructors because she had the “I want to be the best” attitude. Once she earned her certifications, she joined two volunteer fire departments as a probationary firefighter. Like most firefighters, she earned her nicknames very quickly. “Punky” and “Mighty Mouse” is what they called her. The name “Punky” came from the fact that she wore her famous ponytail around the station. “Mighty Mouse” was a name given because she was 5’ 2” and she could carry a 180lb man around the station. Anne put herself through the Houston Fire Academy. Never once did she quit or admit it was too hard. Anne had the exceptional perseverance and due to that she graduated from the academy in 2013.

Anne answered her last call on May 31, 2013 at 12:07. Houston units were dispatched to a reported Southwest Inn fire. The first crew on scene found heavy smoke with a working fire. Firefighters then quickly advanced into 5 alarm working fire with a 2 ½” attack line and started venting the roof. Although, when they entered they found the fire had spread to another floor. Firefighters were forced to retreat due to the engine running out of water.

Once a steady water supply was secured, firefighters advanced into the building for a second time. The second engine, holding Anne and her fellow crew, had already arrived on scene and were quick to act. They rapidly entered the building, backing up the first crew. However, as the advanced the Inn collapsed on top of them causing many firefighters to be trapped and injured.

Anne answered her call to heaven with 3 of her fellow crew members that day. The autopsy report showed that she had suffered from thermal injuries, smoke inhalation, and compressional asphyxia.

Throughout the call there had been many technical faults with the new radio system. In addition, there were abandoned radio procedures and strong winds that rapidly spread the fire throughout the Inn.

Anne will never be forgotten as she was a hero to many and lives through the spirit of her family and the fire department. Her family created the Anne McCormick Sullivan Memorial Scholarship, in her honor, to encourage young women to join the fire service. A drink called the “Punky”, was also dedicated to her by a local Houston Bar. The Anne McCormick Sullivan Foundation, a nonprofit organization, raised 2.8k in Anne’s honor. Anne and her love for education will be remembered as the Anne McCormick Sullivan Elementary School is expected to open in 2016, in Sugar Land, Texas. Lastly, Anne was honored in the National Fallen Firefighter Memorial in Emmitsburg, Maryland.

Anne is an inspiration to many. She will be remembered to the Houston Fire Department, family, friends, and her peers by her life loving personality, punky character, and contagious smile. She is the definition of a hero and her story will live on and inspire others to become a member of the fire service around the nation.