It wasn't until I moved on that I became more interested in the water can (extinguisher) that I became a full convert and believer in the capabilities of what it can accomplish. As a firefighter I started to bring it on my own during some calls when the officer didn't specify what he wanted. There were times when others who didn't take all calls with the urgency of reported working fires would ask why I insisted on hauling that 'thing' with you. But, after taking some classes, reading some articles, I was even more convinced that it was a vital tool.

As a captain I required my back step firefighters to carry it on the same types of calls that earlier captain that I had mandated; it just made sense. I'm happy to say that it has come in very handy and effective beyond what most would expect.

On a large, three story assisted living facility reported to have a kitchen fire, we took two cans to find the fire and determine hose access. This building does not have stand pipes and is only sprinklered in the individual rooms. Stretching a hose right away without knowing the location could prove to be timely and allow a fire to grow unchecked in addition to having the hose line in the wrong location.

There was no visible signs of fire from our arrival position, but we took tools and cans to the reported location. We found a stove top fire that had extended to the cabinets directly above and the sprinkler system had not activated. We were able to confine the smoke to the room and easily extinguish the fire with one water extinguisher. It saved a tremendous amount of time and allowed us to locate the fire room quickly. We could have then deployed, in this case, to the far end stairwell for a more effective and efficient hose deployment.

I have multiple stories like this one where the water can was all we needed and effective.

As a battalion chief we had an apartment fire that was two stories. Access was not easy and the stretch was taking longer than it should. The firefighter and acting officer checked the hallway and noticed some smoke, but they could see end to end and decided to take a water can to check the fire room. The main objective was to control the door since the police officer stated he had kicked it in. As they proceeded to the fire apartment, two other companies stretched the line behind them.

When they arrived at the fire apartment it was decided that they could at least slow the fire growth down with the can and made a quick hit with low to moderate heat and decent visibility. It was in the kitchen, which was close to the front door. It almost completely extinguished the fire, buying time and improving conditions at the same time. The hose line was right behind them to finish it off and the first crew completed the search.

The pictures attached are from this fire. 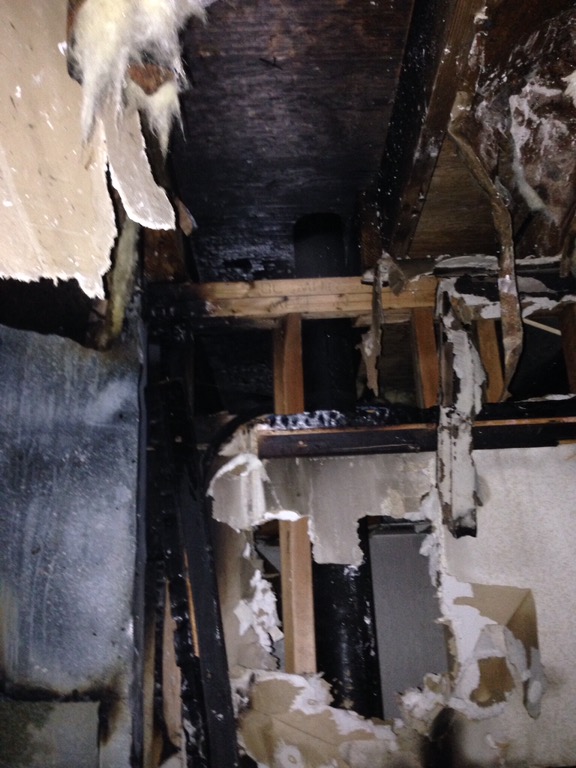 Not every fire will allow the use of the can and you must train and understand your resources and conditions. The water can does not take the place of well positioned hose line, but is a great option for those times when the hose line is delayed, or not there yet. Proximity has to be a consideration. If you noticed, in both of these instances they had control of the door and the hallway, which is critical.

Understand your tools and equipment and create good habits that set you up for success. That can only be done with training and education and experience combined. It's the small things that you do all of the time that will determine your success and effectiveness.