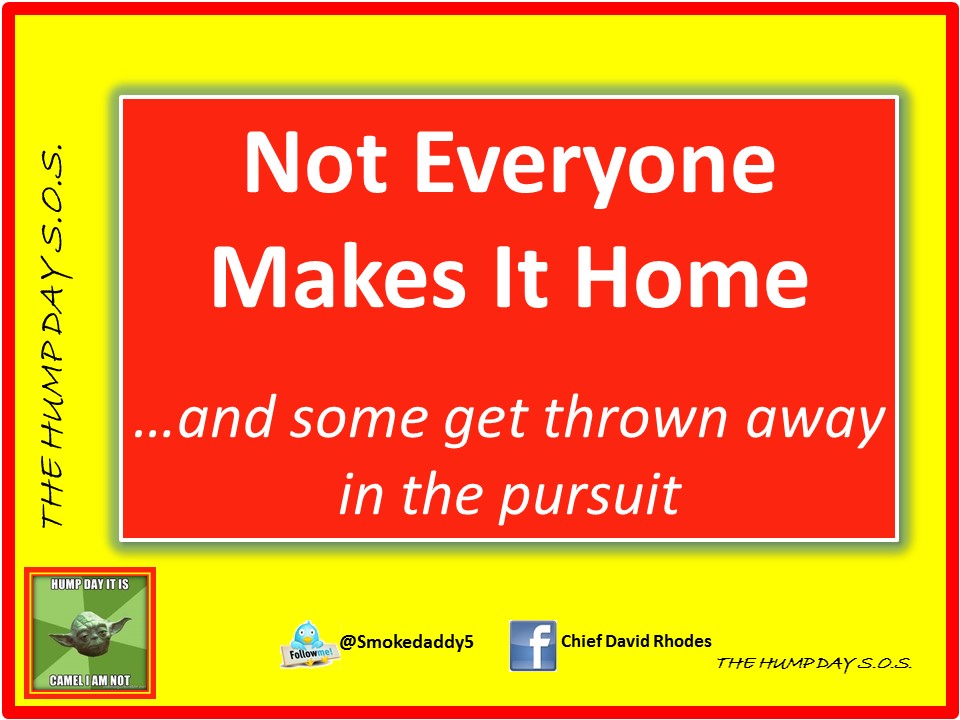 It has been a decade now since the 16 Life Safety Initiatives were developed and dispersed throughout the fire service. Undoubtedly, there has been change as a result as departments, officers, and individual firefighters reexamined a host of cultural, policy, training, design, and other factors contributing to line-of-duty deaths (LODDs). Some say that these efforts didn’t go far enough while others argue that they have gone too far and the safety movement is out of control.

The thought of everyone going home in our profession strikes an emotional reaction in each of us, because we truly want that. No one wants to see a member, or the family of a member, suffer and certainly, barring the few psychotic case studies, no one wants to be injured or killed themselves. So where are we a decade later?

According to the National Fire Protection Association Web site, from 1997-1984 the average number of LODDs was 137, 1985-1994 it was 110, 1995-2004 was 100 (excluding 9/11 deaths), and 2005-2014 was 82. What do these numbers really tell us? Are we looking at the right things when it comes to risks? Those who worked (and are still working) on educating and challenging us are to be commended for the holistic approach. I certainly want to see the decline in numbers continue, and I want to ensure that we remain focused on understanding that the 16 Life Safety Initiatives were developed to eliminate “preventable” deaths.

In our admirable course to reduce LODDs, we have to be careful not to create unrealistic expectations or become obsessed with the numbers game. There is no way to know that a person has stored a propane cylinder in a house on fire that will explode and kill one of our members. There is no way to know that someone may lose his footing and fall off a ladder. Risk management is a process to reduce and help eliminate these possibilities-but it is not a guarantee.

If we create a belief that all injuries and deaths are preventable in our profession, then we also create the culture of hindsight bias that immediately places blame on the individual, the officer, or the incident commander. Hindsight bias is the tendency people have to view past events as more predictable than they really were before the events took place. After an event occurs, people often believe they could have predicted the outcome of the event before it actually happened.1 The belief that all are preventable translates to blaming individuals for actions or inactions when we are looking retrospectively with all the information, information that in many cases our member, officer, or incident commander did not have or did not understand in the full context of its importance.

When this type of culture (hindsight bias) emerges, many of our best and brightness will be thrown away and shunned as if they have committed some great crime against humanity, when in fact whoever was working that day would have made the same decisions and had no impact on the outcome. As that happens, the culture of inaction will emerge because any decision to engage in anything will be a risk that most won’t be willing to take. Internal investigations will take on a new mission to seek and destroy anyone who has anything bad happen on their watch so the “cover your butt” culture can thrive. Your people will stop using common sense and wait for you to tell them everything to do.

Let’s look at how we react to and perceive an LODD as a result of a cardiac arrest. Think about it: You are in a leadership role in your department and one of your members dies while on an emergency scene after climbing the stairs in a building to check on a fire alarm. The individual has been with the department for 20 years and is overweight and smoked his entire career. Does your organization blame itself for this LODD? Is an investigation launched to see who was responsible for hiring the individual or allowing a high-risk candidate for heart attack to operate on an emergency scene? No, most don’t. Do we change our policy so that no one in the department is allowed to climb stairs? We basically grieve for our loss, we don’t place blame on anyone or even look to find fault, and we return to the same hiring practices and lack of preventative actions without much thought. This is deemed an unfortunate incident.

Now let’s up the emotion! You have a 25-year-old firefighter who is making a push in a hallway. It’s 2:00 a.m. and you are operating at a two-story frame residence as the incident commander. There are cars in the driveway and, based on your experience, the fire conditions are such that a fire attack with 150-175 gpm will allow you to knock down the fire and complete search. The young firefighter collapses and receives burns that he doesn’t recover from. Other units move into place, knock the fire down, and complete the search, and no one was found. Your decisions are immediately scrutinized, and your judgment is questioned. “Why were you allowing crews to operate in that structure?” Were you supposed to be able to predict that the young man would collapse from some unknown medical condition possibly as simple as dehydration? Is the investigation going to ask how many energy drinks the guy had that day or what he did the night before?

You train and drill your battalion, stay up on the latest information on strategy and tactics, are not afraid to take action, and have always sized up the situation and made good decisions. Sometimes, even at the grumblings of your crews, you have held them back when your internal risk management formula told you “no go!” Because of your constant training, your people have experienced some sprained ankles and pulled muscles, which puts you on the watch list of the “risk manager.” But now you are under investigation and transferred, people turn away when they see you coming, and you don’t get many phone calls asking for advice or to check on you to see how you are doing. The risk manager proclaims, “I knew it was just a matter of time.” Your organization has just personified you as a second victim.

Meanwhile, others who do nothing for their members or the organization hang out at the fire station and collect a check. They finished their training the day recruit school was over, but they continue on unfazed by the events because their people all went home and their members went injury free all year.

In the book Behind Human Error, the point is made that outcome cannot be the sole indicator of success. Fireground operations are extremely complex, and when something bad happens an investigation must focus not only on the practitioners at the sharp end of the process. The sharp end of a complex system is characterized by how practitioners adapt to cope with complexity. “We should be extremely sensitive to the limitation of known remedies. While good management and organizational design may reduce accidents in certain systems, they can never prevent them.”2

In the book The Second Victim, author Sidney Dekker asks, “How do people cope with having ‘caused’ a terrible accident? How do they cope when they survive and have to live with the consequences ever after? We tend to blame and forget professionals who cause incidents and accidents, but they are victims too. They are second victims whose experiences of an incident or adverse event can be as traumatic as that of the first victims. Yet information on second victimhood and its relationship to safety, about what is known and what organizations might need to do, is difficult to find.”3 If we are truly the brotherhood we say we are, the best job in the world as we say, is our mission to destroy anyone involved directly or by proxy or is our responsibility to find out what we need do in these situations to protect our investment and learn from the situation? Can we be cultivating mental health problems within our members by establishing unrealistic expectations?

We must continue to embrace the 16 Life Safety Initiatives and work hard to understand and reduce risk, but we should never get to a point where we create a culture that fails to act and believes that risk management equals no action and playing it “safe.” We should never shun and throw away our resources even if they make a mistake. If you want to have the greatest impact on LODDs, start by making sure your health and wellness program is funded and functioning, your health screenings prevent high-risk members from operating in high-risk environments, and your members are adequately trained to drive and operate large apparatus.

Focus on creating members who are competent in all the skills of firefighting, return to common sense, and don’t focus so much on creating rules that obstruct learning or prevent members from entering, searching, and extinguishing fires in structures.

1. Yarnell Hill Fire: Serious Accident Investigation, September 2013,www.iawfonline.org/Yarnell_Hill_Fire_report.pdf . (Authors note: The team assembled for the State of Arizona approached this investigation and report on one of the most professional and meaningful context and provided us a guide into how we should approach any investigation to avoid hindsight bias.)