The age old question...CUT OR SPREAD HINGES? Although we have covered this briefly in the past, I believe a deeper explanation is warranted. When teaching nationally, I commonly ask student if they prefer to cut or spread hinges. Many students say they prefer to spread hinges, while the others prefer to cut. My belief is that many departments primarily spread hinges because it’s what they were always told. This stems from the first generation cutters lacking sufficient strength to cut hinges, therefore, spreaders were often the tool of choice to attack hinges. However, modern cutters and more than capable of providing a quick and controlled cut. While there is no “right” answer, realistically each one has its place depending on access etc.

Although spreading hinges is an option, my personal preference is to cut hinges whenever possible. Depending on the strength of the hinge/door assembly spreading off a hinge can be pretty aggressive and unlike the cutters, I have seen the spreaders "pop" out under load quite a few times. As shown in the videos, cutting hinges is a less dramatic movement. It is very controlled, and more importantly does no additional movement or damage to the A post. Why is this important? Modern hinges are very strong…period. When spreading hinges there will be some movement and torqueing to the A post. The downsides of moving an A post in towards the patient are obvious. However, many don’t look at the effect it has on a traditional “spreader” dash lift. The torqued/weakened A post can cause some additional challenges on the traditional dash lift, such as a loss of lift due to the weak A bending , the A post rolling out instead of up, etc. I will cover in detail on a later quick tip. Watch the videos and make your own opinion on the matter. Nevertheless, get out to the junkyard and train with your tools/equipment. Don’t just take my word for it, formulate your own opinions. As always CHALLENGE THE NORM and find what works best for you…. 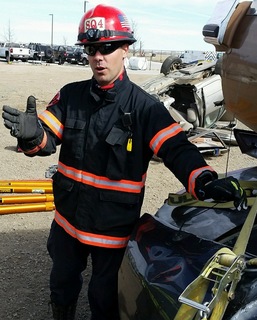