While not a veteran, I have tons of respect for and consider myself an avid reader and student of military leadership and command, and in one particular book from a former Marine who fought in World War II describes the term “lost in the fog of war”. According to this author, this expression describes both the literal fog created by the dust, smoke, and debris of the battlefield, and more importantly the mental fog of confusion and uncertainty created by lack of knowledge of the enemy.

As my own worse critic; and in my continuous effort to improve I am always studying fires, both my own and others from around the country, while doing so my mind continues to review the lessons from one fire in particular under my command where I personally became “lost in the fire ground”.

I would like to share this experience as an example for others with the intent of helping you, the reader or future command officer not make my mistake of getting “lost”.

Wednesday December 30, 2009 was a cold and snowy day in my city of Elyria, Ohio it began as a typical shift for me during a holiday week, typical administrative duties and lots of left over Christmas goodies and coffee. At approximately

1125 hours, the Elyria fire department received a call of a house fire at the corner of West River and Tattersall Court, this area is an older area and this house was a typical residence, 2 ½ wood frame balloon construction built in the turn of the century, an addition was added at some point which added  to the difficulties of this fire.

As I was responding, dispatch advised me of multiple calls, the first indication of my “fog” was already upon me as weighing heavily on my mind was the fact our department was in the midst of drastic personnel cuts and demotions, stations were closed and minimum staffing was eliminated we staffed companies based on whoever showed up with no minimum staffing, this particular day our staffing was eleven members with two engines, a truck and me on the shift commander vehicle. Mutual aid was on my mind, but after going to years and years of fires with adequate staffing to handle most fires similar to the one we would face this day it wasn’t hard to make the mistake of thinking whatever showed up could handle every type of fire.

Upon arrival I was faced with a working fire on the first floor and the problem that would totally envelope me in a “fog”, a trapped viable victim. I say viable as there were numerous civilians on the scene attempting to rescue a single resident inside, the civilians were actually speaking to the victim in the side doorway of the residence on the”D” side, all of this was being recorded by a news photographer and reporter from a Cleveland television station who happened upon the fire while going to cover an unrelated event and recorded this event. The video also assisted in my critique as it documented fire spread and while not on the radar quite yet in 2009 would today be an excellent example of wind and horizontal ventilation discipline as you see one of the attempted rescuers knocking out windows with his shoe prior to our arrival. I sincerely want to thank Mr. David Arnold who took this video and graciously allowed my department the ability to review and now share with others all with the hope of paying forward to you my lessons all in the name of education and improvement.

The Fog Traps Me

I was first to arrive and as stated above was confronted with a working fire and a trapped occupant to rescue, the urgency of the situation along with the citizen rescuers kept me from doing an adequate size up and most importantly a 360 of the residence, this critical mistake along with not coordinating the ventilation of the rear windows almost caused the incineration of my nozzle firefighters, they escaped unharmed but only because their protective gear held up but was damaged to the point of needing replacement. The heat faced also melted the remote microphone of the engine officer causing the metal solder to ooze out of the top rendering his radio unusable. Yes…they flowed water lots, as the video shows, they were spectacular and performed their duties flawlessly and with professionalism.

The truck crew members found the victim located not far from where the citizen rescuers were talking to him at the C-D area on division 1.

If I had completed a 360, I would had a much better view of the entire residence, its size, and also been able to read the smoke and conditions much better, the lack of arriving resources kept me from getting crews to all necessary areas and the firefighter assigned to outside vent did his job of venting ahead of the line but the lack of me not recognizing the vents made behind made by the citizen’s shoe along with not coordinating the event caused more headaches. I might of also been able to see the clues of a possible hoarding condition inside, members on the attack stated that conditions were made even worse by the excessive clutter inside. It wasn’t until a mutual aid chief arrived did I get a good idea of conditions and pulled members out to go defensive for a while and attempt to gain the upper hand. 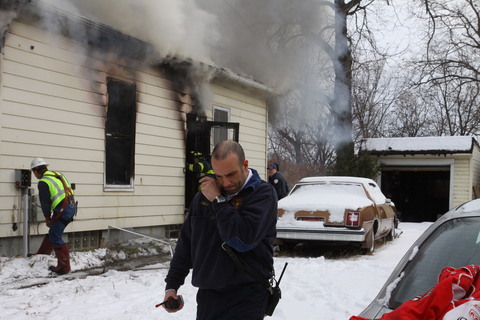 The "fog" can get you! the trapped occupant and commotion of civilian rescuers preventing me from doing a better job of size up and most importantly a 360. 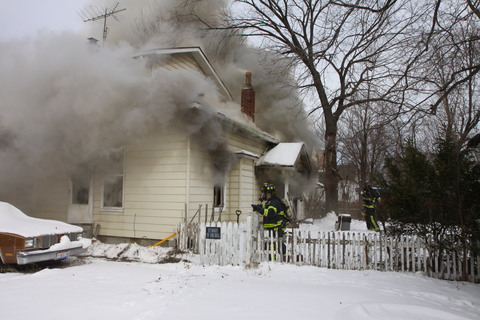 Ventilation was performed but I failed to coordinate it fully and also take into account the wind, and venting by civilians prior to our arrival , this added to my interior crews problems. 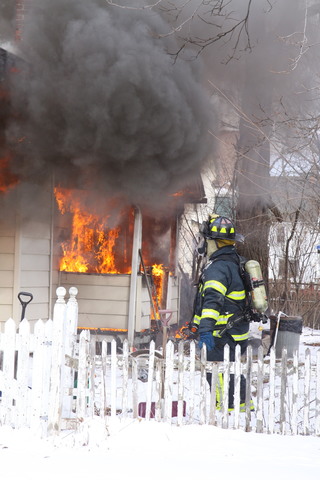 Conditions deteriorated quickly forcing an evacuation, I was a lucky IC this date, watch the fog, it creeps up on you!

I am a believer that there are many ways to skin a cat in our profession and try not to get into too many debates regarding fire behavior, dynamics and command positioning, I have run fires obviously outside in front of a building and in a controlled command vehicle, and my personal preference now and one I would recommend you study and train on especially if you are the only command level officer arriving to an incident in your own vehicle would be to stay in a  controlled environment and utilize your officers to be your eyes and ears, e.g. perform a 360, provide C.A.N. (condition, action, needs) reports and allow you to control the fog from enveloping your fire ground. This doesn’t mean if you are arriving onboard an apparatus as a command level officer or OIC with three members you never leave the seat but you must be disciplined enough to see through the fog and not let it trap you. The March 30, 2010 line of duty death in Homewood, Illinois or the December 22nd 1999 triple LODD in Keokuk, Iowa are must studies if you are in command of a smaller department and arrive onboard an apparatus.

If you are from a smaller department like mine and possibly don’t see the amount of fires a big city department may face the key above all is preparation and practice, prepare yourself mentally as a fireground boss play the ‘what if game” constantly, utilize simulation software read everything from all types of viewpoints and truly engross yourself into NIOSH reports detailing previous LODDs, be open and honest with yourself and always strive to get better, there are NO experts on the fireground. But the fine line between success and failure can be razor thin and an engaged, educated leader makes all the difference sometimes.

Comment by Dominic Morber on January 31, 2016 at 10:18am
Thanks for great read. Going to train with it. Is there a schematic of the fire building available anywhere?

It is very refreshing to find people that have the courage to share their experiences with a genuine intention of helping others. We need to be able to honestly self analyse our own performance so that we can improve. How can we honestly positively critique others if we cant be honest with ourselves. Being able to deal with the fog is one of the most critical skills for safe and effective fireground management. Even with nearly 33 years of front line service, I am still looking for knowledge that can assist in sizing up the scene and maintaining situational awareness.

Thanks for the practical advice Joseph!

Thank you for sharing your story. I admire this cultural where we can openly share our experiences, rather than sweep potential errors under the rug and take away the chance for others to examine themselves and learn.

Recruiting and Retaining Quality Firefighters in 2023