Tool or NO Tool? 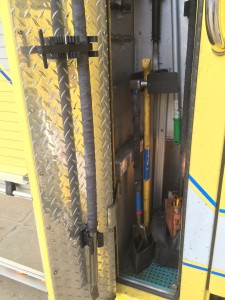 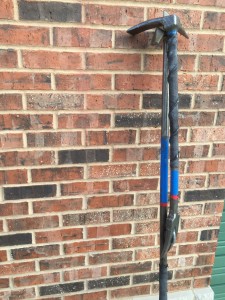 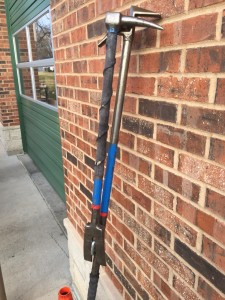 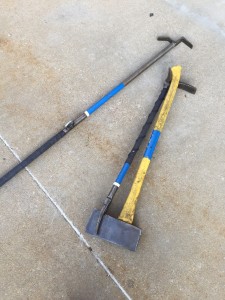 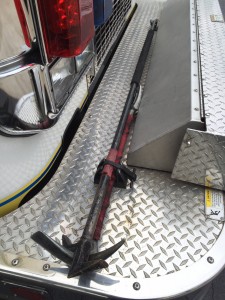 By Jason Hoevelmann with Steve Heidbreder

Tool or No Tool?

When we go to conferences or sit around with other engaged firefighters there is no lack of lively conversation and debate. From world affairs, to sports teams, bands and of course, tactics! There is no better time spent with other firefighters learning about what others do and why. That is the key, WHY, things are done the way they are done.

One topic that has come up in our circle of friends and during training weekends is the topic of the first due engine company and what they should or should not be doing and carrying with them. I can honestly say that there are so many different opinions and advice from many different people that I would say are leaders in our profession that it could make your head spin, but it’s all GREAT stuff!

It was a few years ago that I was riding at an outlying house on a trade day and I was discussing with the backstep firefighter how they operated and what my expectations were for different kinds of calls. When I told him that if we got a building fire all I wanted him to worry about was the hose and getting it deployed and to hand me the flat headed axe, he was dumbfounded. He questioned me about the lack of equipment he was taking and wanted to make sure he heard me correctly.

I inquired why this was a surprise to him and he went on to explain that his regular Captain made him deploy the hose, take the halligan and axe, a light, the TIC and his radio. I couldn’t argue with the radio and light, but I always considered those as pieces of my PPE and they went on me anytime my gear was on, with very few exceptions.

I went on to offer my reasoning for having him concentrate on the hose. If his hands are full of tools he cannot deploy the hose quickly or proficiently, which takes valuable time and effort. In addition, tools that could be used at the front door if carried by myself, usually end up somewhere other than there because they need to get set down while deploying the line.

Although there are many ways for you to do this, after years of deploying hose lines and taking some classes and talking to some firefighters and officers from very busy engine companies, I prefer to have the first due engine company, the company that is going to put water on the fire first, focus their efforts on deploying and moving the hand line.

Now, I am not going to sit here and tell you you’re wrong if you don’t do this. All I am offering is a WHY to the age old question of whether the first suppression company should be carrying a small armory while trying to advance the hose line. My answer is “no”.

In most cases, from my experiences, loading down the engine company with tools in every hand is counterproductive to moving the line efficiently and effectively. During training and having done this early in my career, I can say that it slows the line down significantly. Members are worried about the tool and the hose line, and in a lot of instances, the hose line can take a back seat to the halligan bar that the nozzle man just sat down and can’t find.

Now we will, as a team, take a set of irons to the front door, usually the officer doing the 360 does this, so that if forcible entry is needed we have them, but then that’s where they stay. The officer may take a tool on the occasion that we have more than two on the line. Additionally, the officer can take a hook with him on the 360 trip just in the event a situation presents itself that it is needed.

I have been asked, “Well how do I sound the floor?” Good question and the answer is to not be on all fours and instead to keep a foot out in front with your weight on your back leg, sounding with the heel of your front foot. Or, you can sweep the floor in front of you with the hose stream as you move.

I would highly recommend that you go out and train and drill and time your crew advancing a hose line with and without tools. See what you find out. Do it with visibility and do it without. One member having a tool may work or all of them having a tool may work. But, from what we’ve seen and experienced, too many tools on the first due line will slow it’s progress and take focus away from the mission of moving the line to the fire.

It really is no different than the officer who glues his face to the TIC while moving the line, especially if he is the second man on the line. It will slow the movement of the line and he will miss things that the TIC doesn’t allow. It’s important to see fire conditions without the TIC too, to know what things are supposed to look like. What happens when the TIC isn’t working or not available?

The bottom line is to operate in a way that is best for your company. Also, you should follow your SOG’s and procedures. Be sure to train and drill on tactics before you use them on the fire ground. Use what works for you and understand why you’re doing it. This is in no way THE way, just an observation from training, experiences and many discussions from guys who do this way more than me.

Train hard and then do it again!