MFA #16: The Rescue Imperative - How to save a life

Some critics of the SLICE-RS approach point to what they see as its lack of emphasis on rescue, as well as its perceived over-emphasis on firefighter safety to the detriment of civilian victims.  Initial drafts of my enthusiastic arguments to the contrary consisted of a comprehensive review of the entire process of search and rescue, including rationales, priorities, methods, and a myriad of other considerations.  My treatise on this topic was beginning to approach the size of a decent textbook chapter when I came across an article by David DeStefano, Ladder Captain on the North Providence (RI) Fire Department, on the Fire Engineering website:

This excellent review describes what I would categorize as a traditional approach to structural firefighting, utilizing teams of personnel (Engine and Truck Companies) in a coordinated effort to locate and extinguish the fire, search for victims, and provide ventilation.  And, despite being based on “conventional” tactics, I would argue that the process it outlines is virtually identical to that of a department adhering to Modern Fire Attack (MFA) principles.  Having been pre-empted by a more concise outline of the subject at hand, I am left with what I should have focused on from the start: How the new information from fire dynamics research might improve our ability to save victims.  Fortunately for this writer, there is still a lot of material to cover.

For instance, it has been demonstrated in live burn experiments that conditions within a burning building quickly become lethal for unprotected occupants who are in a fire room or any communicating area, typically occurring before the estimated time of arrival of firefighting forces.  Lacking closed doors, this includes the corridor adjacent to the location of origin, other rooms off that hallway, and extending via stairwells to spaces above.  The untenability of these locations is increased if they are in a flow path, such as a room with both an open door and window.  Conversely, analyses of fire data have shown that occupant viability persists almost indefinitely, or at least long enough for us to arrive and go to work, in rooms that have a closed interior door.

This is valuable information that can assist us in making the determination of where to initiate a search in order to maximize the chance of finding a living victim.  In the article cited above, Captain DeStefano correctly stated that searches should begin “at the point closest to the fire where viable victims may be rescued” (emphasis added).  Since the ability to be rescued implies that the victim still be alive, our knowledge of fire behavior tells us that the ideal site to begin this process is not necessarily immediately adjacent to, or even near, the fire itself.  An area from which is flowing thick, hot, black or brown smoke indicates unsurvivable conditions for occupants.  If firefighters still managed to enter before extinguishment, a search of such a hostile environment could yield no “rescues”.  Rooms in that same structure, though, that were closed off from the products of combustion, would offer a better chance of finding a living victim.  Therefore, in a situation where high heat and dense smoke have involved the common areas of a home - hallways and stairways - the first attempt at search should probably go directly from the building exterior into protected spaces, if any can be identified.

This tactic is typically performed through a window, the process now known as Vent-Enter-Isolate-Search (VEIS).  While I won’t go into its specifics, I would like to here emphasize the importance of limiting the “V” step.  When first described several decades ago, the intent was to provide ventilation and search the room.  For speed and efficiency, breaking and clearing the window with the tip of the ladder was a recommended procedure, followed by setting the ladder, then climbing up and in.  Viewing this valuable tactic in light of our new understanding of flow paths leads to the acknowledgment that it would be better to delay window opening until just prior to entry so as to not create a new route for smoke and heat to pass through the room, which could lead to a rapid deterioration of conditions, the demise of occupants, and often untenable conditions even for firefighters in PPE.  (Now, if I wanted to start another cyberspace conniption, I would suggest that we drop the “V” altogether, or at least move it later in the acronym - “EIVS” - in order to highlight the potential hazards of premature window removal.  Upon further reflection, I realized that, just like the SLICE-RS acronym, remaining mindful of the principles behind our actions, and the effects thereof, is more important than the initials we use to teach it.)

Another approach for enhancing victim survivability that has been suggested by recent fire extinguishment research is the use of exterior hose streams to rapidly cool both the fire room and adjacent areas.  Previously, it was believed that flowing water through a window or door from which flames and smoke were emanating would push products of combustion further into the structure, causing more harm than good.  Now we have seen that a straight hose stream, directed upwards into an opening to strike the ceiling of the fire room, allows for the continued venting of smoke and heat to the exterior, and a reduction in temperatures in all connecting areas on the interior.  Extinguishing a fire can be the most efficient use of available personnel, often improving the conditions throughout a structure in less time that it would take to complete a search of just one room.

Certainly, there will be instances when a search can be initiated immediately adjacent to a burning room, especially if the fire is still in the incipient stage and/or the door to the involved compartment is closed.  Further, there will be times when areas on the same level or above a fire remain a viable route for searching from the interior, a much more efficient process than climbing into and searching individual rooms from the exterior.  Finally, there are circumstances that dictate that we battle our way through the building interior to the seat of the fire, with search crews peeling off to check for victims wherever they judge them to possibly be located, in spite of the hazards this approach entails.  Truth be told, most firefighters I know - myself included - would have to be restrained from doing so if that was the only option available.

“R" is for Rescue, wherever it sits in your favorite acronym (RECEOVS or SLICE-RS), if you even use one.  Whether a follower of modern or traditional firefighting methods, it remains the highest priority for all firefighters, and stands as one of our three tactical benchmarks (along with fire control and property conservation).  We must always perform a thorough and methodical search.  At every fire.  Twice.  Recent fire science research has provided insights into where initial search and rescue efforts might be most successful, as well as the benefits of rapid fire extinguishment, but has in no way diminished the importance of this function.

The author can be reached at markjcotter@comcast.net

Mark Twain once asked, "Why do they call it Common Sense? I find it to be most uncommon! And yet occasionally we encounter a subject in which common sense has been elevated to Wisdom (conventional or otherwise) through the process of Life Experience. And so it is here. Thank you, Mark, for sharing Captain David DeStefano's article on Conventional Procedures. It's a good read, and your willingness to take the time to reflect on it and share it just may have saved the life of a brother or sister or civilian. Just one more thing to be thankful for on this day of Gratitude. Stay safe, All! 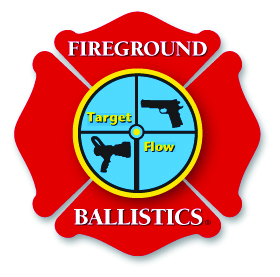