Having an understanding of building construction is one of the best tools a firefighter can have to help them perform safely and efficiently at a fire. It may not be possible to know the specific details of a building’s layout before a fire, but by studying how buildings are constructed, we can predict how a fire will behave, travel, and react in different types of buildings.

Building renovations pose significant issues during a fire in taxpayers and strip malls. Renovations create void spaces and penetrations allowing fire to spread undetected and can weaken the structural integrity of the building. Landlords and business owners perform renovations to increase their business and profits. Renovations are usually done to help the employees be more efficient and to make the business more visually appealing in order to attract customers. Less money spent on the renovation means more money in the business owner’s pocket. Thus, renovations are often done using the least expensive methods and materials available, and are done as simple as possible to keep the business from having to close and lose money. For example, new drop ceilings are typically added just below the existing ceiling. This makes the project much faster to complete and doesn’t require demolition or clean up from removing the old ceiling. However, during a fire this double ceiling creates an addition void space that needs to be checked for extension.

Updates to the building’s façade are easily made by building a new store front several inches to several feet in front of the existing one. This practice is more common with strip malls but is occasionally seen with taxpayers too.  Parapet walls, overhangs, and front walls can be made to look like a completely new building without the businesses closing while the work is done and without spending money on demolition. For the firefighters, this is a serious issue since the original structure is left in place, hidden just behind the new façade. Remember, the original structure is entirely intact and is simply covered over. Shingles, wiring, old signs, and walls can be hidden behind the “new additions.” Imagine having to check for fire in an overhang.  After opening it up from below you find no fire extension. Yet, only a few inches away from the tip of the pike pole is another overhang that is still painted and complete with shingles that has a fire burning inside of its void space!

Another renovation factor to consider is roofing repairs. Because of their age, an older taxpayer could have had several roofs put on it over the years making them quite thicker than expected. When a new roof is needed it is simply added on top of the existing roof. Because of this possibility roof crews should bring several types of saws with them when performing ventilation. Although the roof may appear to be a membrane roof, it may be resting on top of a tar roof. Something like this will hinder the roof crew’s ability to vent the roof and can prevent them from easily identifying a fire’s location beneath them in the cockloft or attic. Old skylights or light shaft openings may be simply covered over by the new roof. Firefighters on the roof should use caution and sound the roof with tools as they move around. It is better to find a covered-over skylight by dropping a pike pole down the shaft then to find it when a firefighter falls through the unsupported shaft.

It is important to point out that construction methods began to change in the 1960s. Taxpayers are single- or multiple-story commercial buildings that were built until the end of 1960s using ordinary construction (Type III), in which the exterior walls are constructed of masonry (brick) and the interior of wood. During a fire, concealed void spaces are the greatest concern in ordinary construction. Taxpayers have businesses at the street level that share the same roof and cellar. Many taxpayers will have residential apartments located above the businesses. Strip malls on the other hand began to appearing during the 1960s and are still built today. They use lightweight building materials such as trusses and lightweight steel beams that allow the strip mall to have larger occupancies than possible in a taxpayer. Whereas a taxpayer may have many smaller stores, the average size of strip mall business is approximately 20 × 75 to 100 feet with 10 to 15-foot ceilings. Strip malls can be built using noncombustible construction (Type II) or can even be built using wood-frame construction (Type V). They are usually built on a concrete slab, and typically do not have cellars. Because there is no cellar and they are much larger structures, inventory and stock are stored in the businesses’ back rooms. Strip malls and taxpayers built around the 1960’s may feature a combination of building techniques. For example, although a taxpayer may primarily have been built using ordinary construction, a taxpayer built closer to the 1960s may feature a truss roof. Likewise, a strip mall may be primarily lightweight material with masonry exterior walls instead of having veneer coverings. These are all considerations that need to be identified in pre-plans. Remember, that no two buildings are built exactly alike, and many features (e.g., the presence of trusses in ordinary construction) will be difficult to identify at the time of the fire if it is not included in a preplan.

The pictures below were taken in several different buildings that are were undergoing renovations and clearly point out the hidden dangers of renovated buildings.

This building was built in the last 1970's and was being updated to "fit in" with the new growing community around it. You can see an overhang was simply added onto the original building. The only thing separating the void space in the new overhang and the cockloft is piece if plywood. 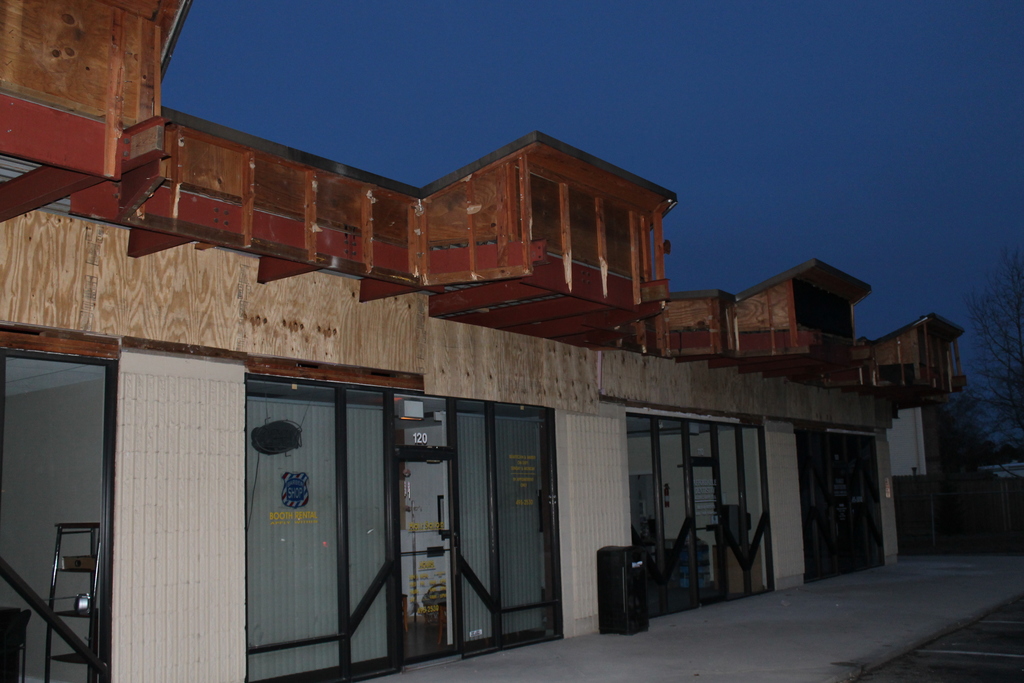 Here you can see that the new overhang is simply extended out from the old building and wood is still used to. This poses a great risk to firefighters who operate on the overhang without checking for hidden fire first as it may not be as sturdy as they think. 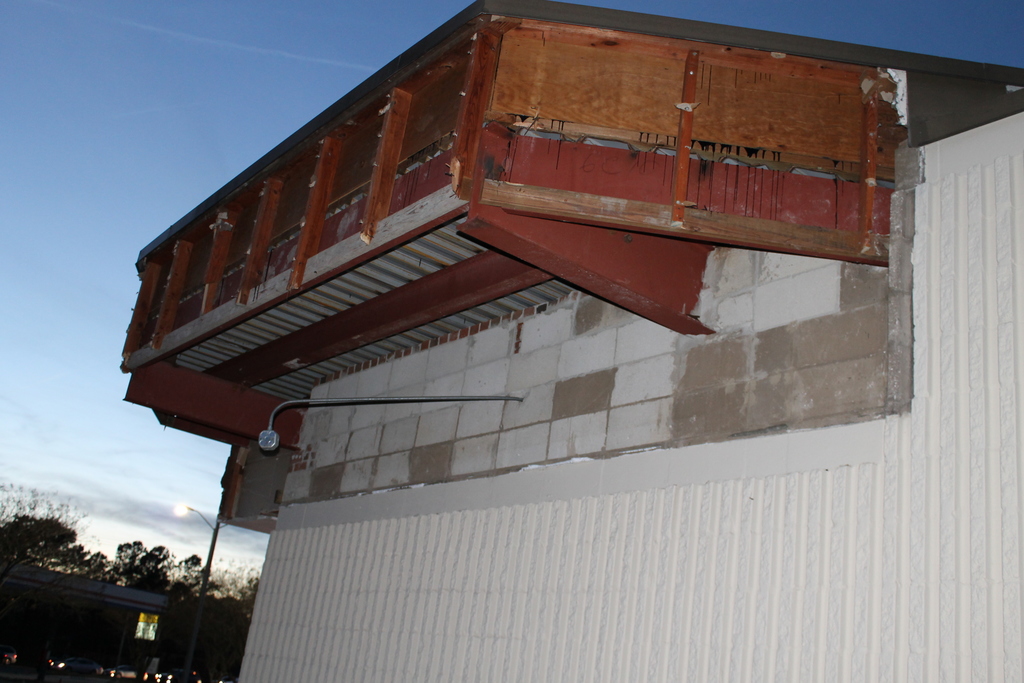 The pictures below are from several different buildings and show how new roofs, fronts, and parapets are simply built over the existing building to update the structure. 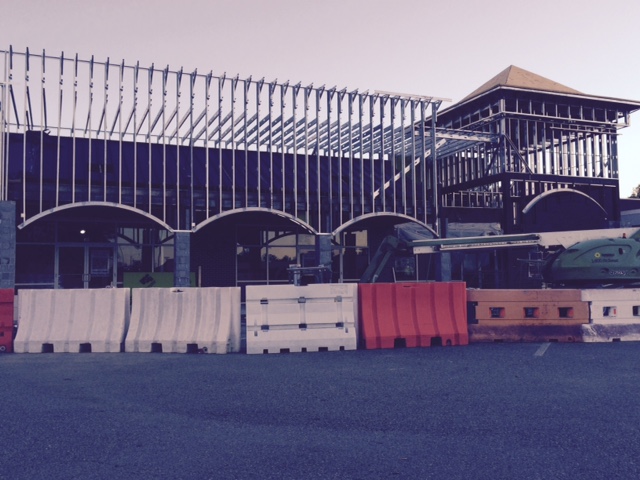 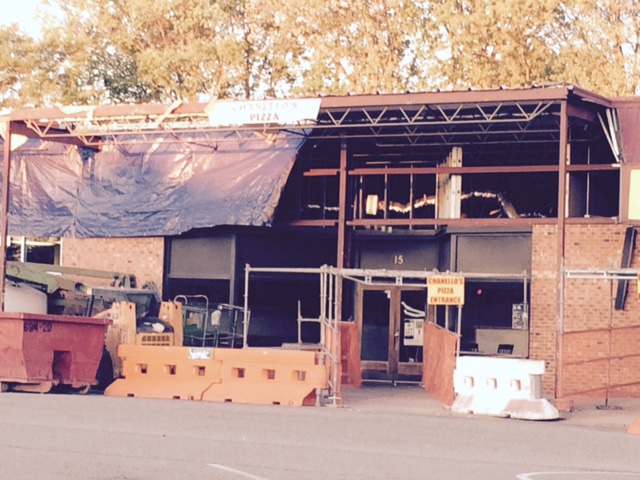 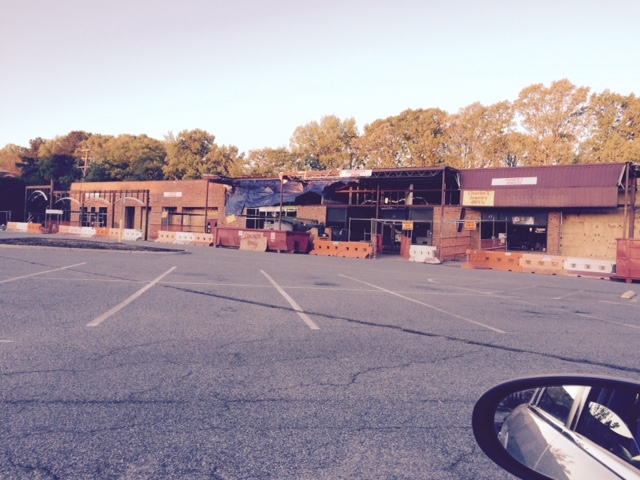 Instead of hiring multiple contractors for every repair you need to be done you can hire a handyman to get them all to work done. They are also able to work on more than one task at the same time and get everything checked off your list. Also, they offer very specific services like carpentry services Cranston to help the client with his most uncomfortable home problems. Just ask the handyman about his particular services and their prices.